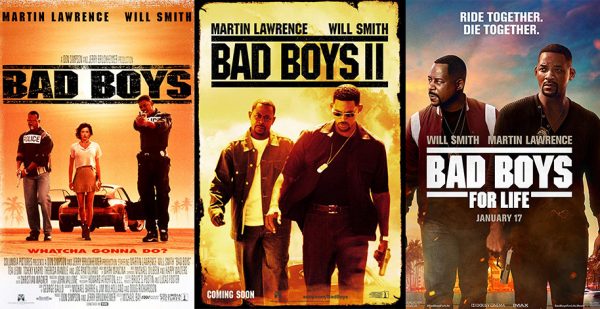 What the Bad Boys franchise has always lacked in finesse and class, it’s stridently attempted to compensate with its dubious charm and sheer stylistic brio. Critics generally weren’t fond of the first two films, despite scattered praise for Will Smith and Martin Lawrence’s chemistry, yet they nevertheless proved successful at the box office and have endured as undeniable relics of the 90s buddy cop boom.

And with the belated third – and surprisingly decent – Bad Boys now out in cinemas, what better time to revisit the trilogy and assess how the two originals have withstood the test of time, before offering a verdict on the threequel? 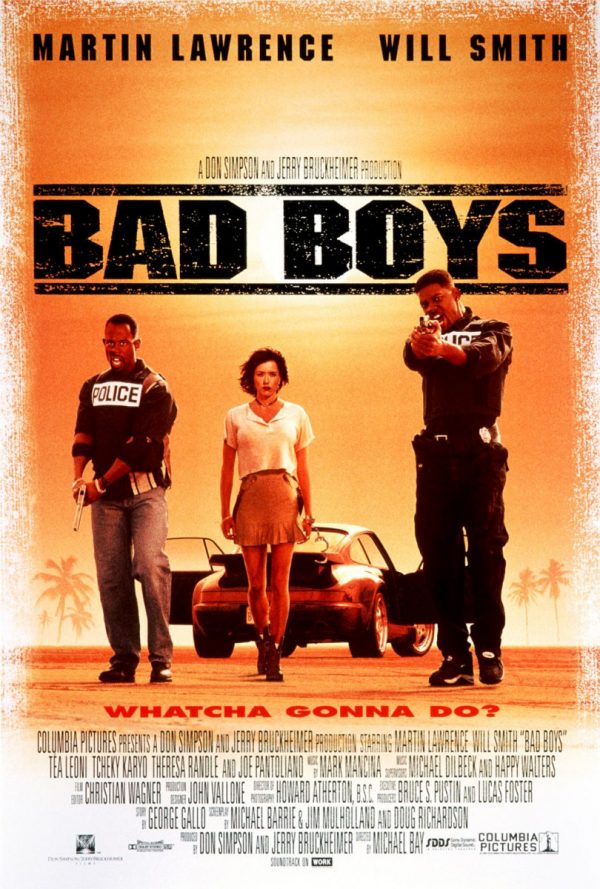 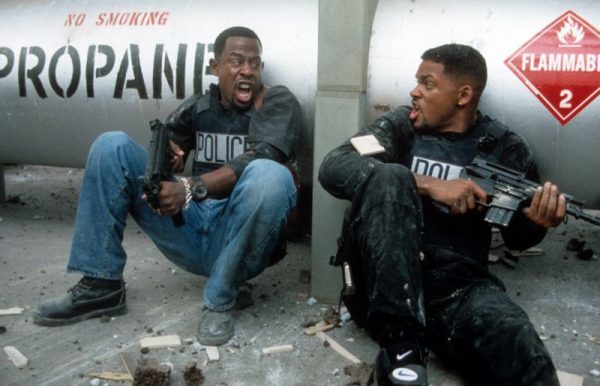 Without so many fortuitous elements colliding together, 1995’s Bad Boys could so easily have been yet another also-ran Lethal Weapon knockoff. But thanks to the shrewd pairing of Will Smith and Martin Lawrence as a duo of squabbling Miami cops, combined with the energetic direction of first-time filmmaker Michael Bay, it just might be the textbook buddy cop movie of its decade.

The plot is pure, forgettable nonsense, as would become a standard for the series – and is something of a tradition for the genre, honestly – with the romp instead subsisting on both the hysterical banter traded between its two leads, and Bay’s sweaty, testosterone-fuelled direction.

It is a film so thoroughly propped up by the electric chemistry of Smith and Lawrence, with Mike (Smith) and Marcus’ (Lawrence) conflicting personalities and unspoken love for one another creating a neat balance of conflict and harmony. They’re aided by a fine supporting cast, also; Téa Leoni is a lot of fun as sexy sidekick Julie, and Joe Pantoliano’s Captain Howard offers up the film’s single truly clever subversion, by making the prototypically angry (and often black) Captain character of buddy cop fare into a diminutive, nasal-voiced white guy.

What’s most surprising watching Bad Boys 25 years on, however, is how relatively well it still scrubs up. The gay panic “humour” that would so thoroughly define the 2003 sequel is largely absent, and despite Bay’s rep for using scripts with regressive political views, his debut is a far more clean-nosed effort than you’d probably expect. 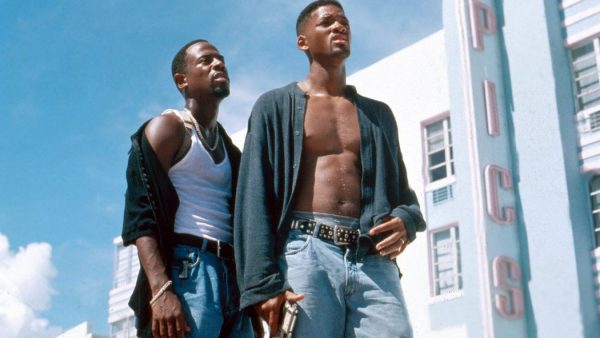 Better still, Bay’s film also remains shockingly sharp visually for the standards of a mid-90s action film; the recent 4K release takes full advantage of Bay’s greatest instincts as an aesthetics-driven auteur. The cinematography is undeniably glossy, yet lacks the garish over-saturation that defines the latter half of Bay’s filmography in particular, and as such it might be one of his most slyly handsome films, despite its comparative lack of bombast.

Indeed, this film is far smaller in scale than most every film Bay has made since, and its set-pieces seem positively quaint compared to what would follow in Bad Boys II. And yet, it’s still a blast to watch this first-draft “Bayhem” transpire, abetted by some of the director’s most coherent work behind the camera – save for that gloriously pyro-heavy finale, of course.

The kinetic imagery is backed up by an iconic musical score from Mark Mancina, whose stirring main theme in particular perfectly announces the film’s high-concept predilections. Oddly enough, the theme was nowhere to be heard in Bad Boys II, though was mercifully restored for Bad Boys for Life.

What it lacks in smarts it more than compensates for with the consistently entertaining banter between Smith and Lawrence, and Bay’s dazzlingly slick filmmaking. A surprisingly well-aged mid-90s action classic boosted by both its central two-hander and Bay’s commitment to kinetic carnage.