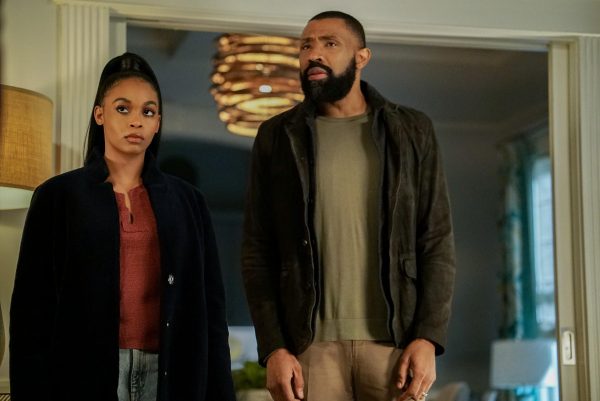 Credit where credit is due, even a broken clock is right twice a day. Black Lightning managed to make-up for the atrocious “Lynn’s Addiction” by delivering a compelling narrative this week wrapped around two storylines the season has been building up to- the confrontation with the Markovians and the rescuing of Khalil. The former was, of course, sidelined to give way for an on-the-nose political allegory regarding the ASA’s cruel internment camps and occupation of Freeland, but with the Resistance making headway in their fight against the agency, it seems the writers have finally decided to push through with the plot that began this whole district control in the first place. To be honest, part of me doubted that they would ever get to this given that we were 11 episodes in of a 16-episode order.

The confrontation with Khalil, on the other hand, I always knew was going to happen since, for some reason, the writers like torturing characters who die dramatic, yet fitting, deaths. I’m still not sure why the ASA chose to revive Khalil- maybe it was because of his metahuman ability to generate poison, but most of his action beats have consisted of straight-up hand-to-hand combat, something that could’ve been applied to any other person without the risk of them losing control to past memories. 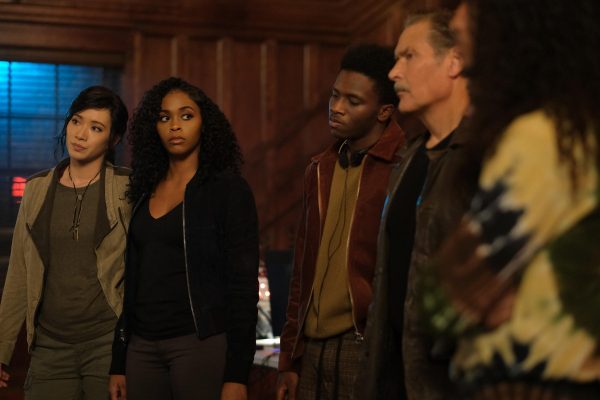 Regardless, the focus on the two plots was sharp, with the directing and editing giving the framing enough patience to tell a tale worth investing in. Lynn, following her kidnapping, is being forced by the Markovians to work with Jace and recreate her metahuman stabilization cure. The Markovians, lead by a man named Colonel Mosin, still come off as generic Cold War-esque threats, but I can’t deny that actor Thomas K. Belgry conveyed a convincingly menacing attitude as the colonel.

Jefferson and Anissa find this out when Sergeant Grayle contacts them about Lynn’s predicament. Why the Markovian assailants didn’t bother killing him given their hatred of the ASA is a plot hole that’s left unexplained, but I overlooked it because it got the ball rolling and lead to one of the best scenes the show has produced: Jefferson telling Anissa about her mother’s Green Light addiction. Well-acted, composited, and especially written, it really felt like how a family conversation of this morbid nature would go. 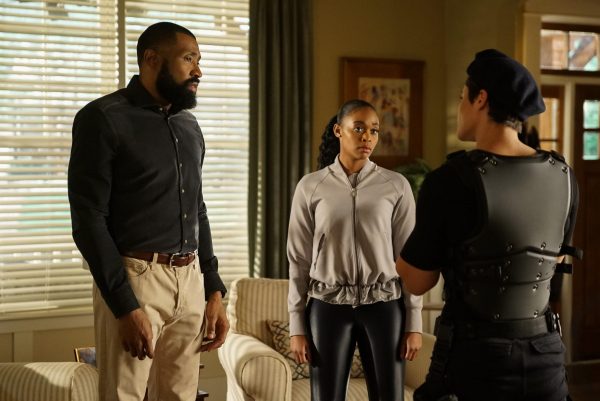 Putting aside her differences with the ASA, Anissa convinces her father to work with the ASA and Major Grey to get back Lynn, with Jefferson agreeing only under the condition that the Pierces and Resistance be removed from the ASA’s hit-list. Why in the world Jefferson believes that the ASA, and Odell for that matter, will agree to this arrangement is an example of character-induced stupidity, but who knows- maybe a gentleman’s agreement via a handshake will actually be followed through by a federal organization previously depicted as cruel and prejudiced in their methods….

As they work to put together their extraction team, Jennifer, TC, and Gambi set their sights on erasing the Painkiller program from Khalil’s brain, a feat made difficult by the placement of a brain chip in the former football star. TC, thanks to his powers, enters Khalil’s mind, depicted as a “virtual reality simulation” that conveniently looks a straight-up realistic replica of Khalil’s old apartment only without good electricity. This was definitely implemented to save the budget, but given that it’s been similarly done with the Speedforce on The Flash, it’s something you have to accept about these serials that don’t have HBO-caliber money. 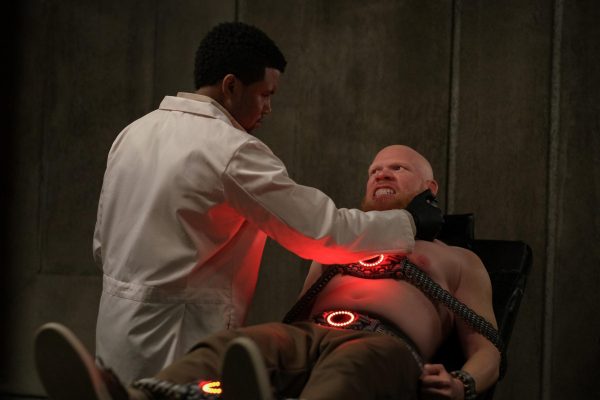 TC, with help from Jennifer, is able to seal away Painkiller for good, but is unable to free Khalil, who is apparently too traumatized by his subconscious experiences and actions to leave the sanctuary of his mind. What follows is a direct meeting with Jennifer, wherein actor Jordan Calloway is given a lot of room to deliver a haunting performance of a good guy who is genuinely broken from all the agony he’s had to endure these past months. Part of me actually wishes the writers had given him a final release by having him choose to commit suicide to avoid dealing with the pain of having murdered his own mother, but unfortunately they weren’t that daring and settled for an atypical outcome involving Jennifer’s love saving him from this place.

What happens next will be interesting to see. I don’t know if the writing team can maintain this level of quality, especially when they have numerous other subplots to resolve, but I can say this made the future of Black Lightning look less bleak.