Content coming to Disney+ in the UK won’t be quite the same as its US counterpart, the service reveals. 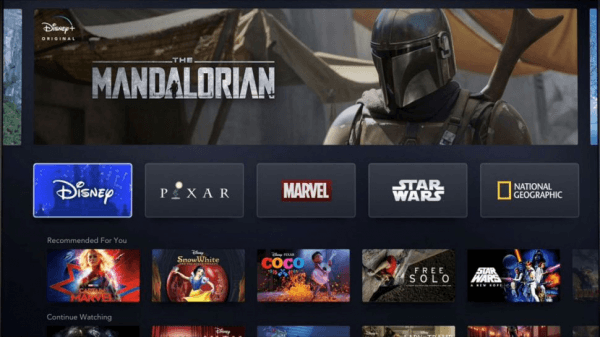 Disney+ has proved to be a big hit in the initial markets it has been released in, thanks in no small part to the very popular Star Wars series The Mandalorian. But fans in the UK have had to wait quite some time to see what all the fuss is about.

Disney+ comes to the UK on March 24th but audiences shouldn’t expect the same content as their cousins across the pond. The platform’s social media revealed: “We plan to premiere lots of content at the same time as our friends in the US. However, there will be some variation in content between countries.”

We plan to premiere lots of content at the same time as our friends in the US. However there will be some variation in content between countries. pic.twitter.com/pHKmGgH4le

Also, even though all episodes of The Mandalorian are now available in the US, UK fans will have to wait to watch each episode on a week to week basis. This is the same schedule that US fans experienced when the show first premiered.

#TheMandalorian episodes will start to roll out from March 24th. @StarWarsUK pic.twitter.com/jY6gA2gFPv

Were you hoping to have the entire first season of The Mandalorian available at once? Or do you prefer it on a weekly basis? Let us know in the comments below and on social media @flickeringmyth…