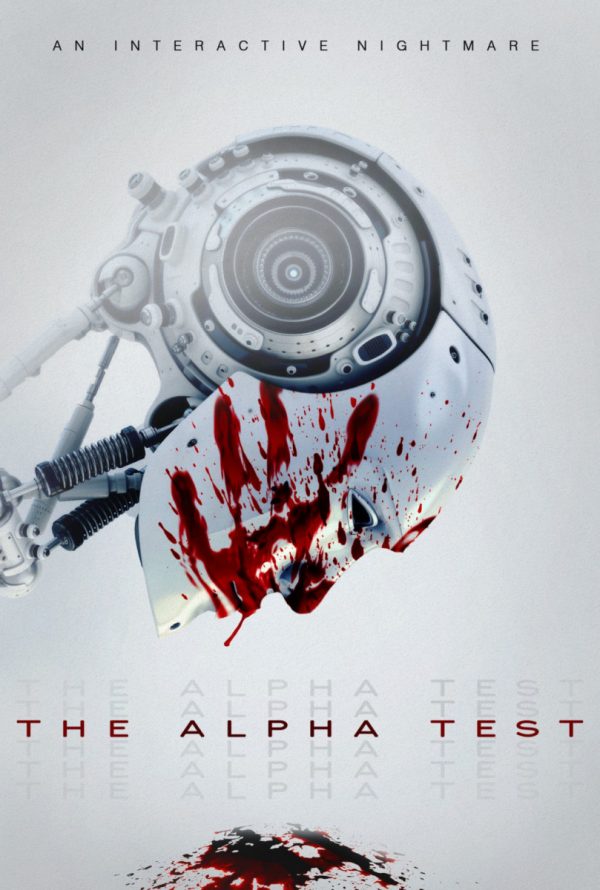 A suburban family drives their new gadget, The Alpha Home Assistant, to a killing rampage after mistreating and abusing it, leading to a full A.I. uprising.

Kudos to writer, director, camera operator and story teller Aaron Mirtes for this independently produced slice of suburban sci-fi horror. Mirtes has taken a very simple story for the genre, but makes it so simple and ordinary and free from frills that it is nothing but unsettling and creepy. Everything it should be when it comes to human / robot interfacing.

Mirtes takes influence from the likes of A.I, Westworld and even RoboCop when it comes to Alpha, played with haunting simplicity by Rae Hunt. While no C-3P0, Alpha is here to help serve its human masters the best it can, and again with no frills or tacky CGI effects. Hunt is kitted out with only a disturbingly leathery synthetic/ mechanical head (think RoboCop without the mask), and her natural slender frame.

From the start it’s clear that this family isn’t the most warming and welcome. Only daughter Lily shows Alpha any respect and decency, robot or not, and their bond is rather sweet and well played out. All Alpha can do, is observe. Observe the world around it, the people around it, the television and society around it, and then learn from it. From swear words to violence on TV, to emotion overheard in arguments and breakdowns, Alpha drinks in everything it can and try to apply it and fit in better.

But Mirtes isn’t here to give us The Waltons. No, this is suburban horror brought to you by an Amazon product one step up from Alexa. If A.I starts to listen to our conversations, understand our habits, process our thoughts, then when does A.I stop becoming A.I and become something more? And what if that something more meant fighting back when bad people do bad things? And if a bad thing was to simply be a human?

The glory of independent films is the focus on story and character development with little else to distract from it. The family slowly become testing and push Alpha to the edge, and one by one the machines rise. Alpha (and some of her other Alpha counterparts with other families) develop and rebel from masters thanks to learning about and witnessing bullying, violence, abusive behaviour and embarrassment. It’s then that the synthetic soundtrack swells, the lighting and camera is framed to give nightmarish disorientation inside the house and Alpha uses all she knows – violence – to make her point and prove she isn’t worthless. Watery blood sprays, heads are caved in and the bodies soon pile up.

In many ways, The Alpha Test is tongue-in-cheek thanks to the sci-fi subject matter and low budget production, but in some ways it’s a bleak look at what could well become reality in a nightmarish world where A.I eclipses the human race. Behind the struggles between man and machine, it’s all about heart and humanity. About dealing with emotion and understanding what it means be someone – or something –  in a world that finds it easy to step on the little people.

Mirtes has good ideas and technique, backed up by a good cast who give some solid performances. Hopefully he can cook up some more home-based horror themes to support indie film and develop his talent and potential even more.