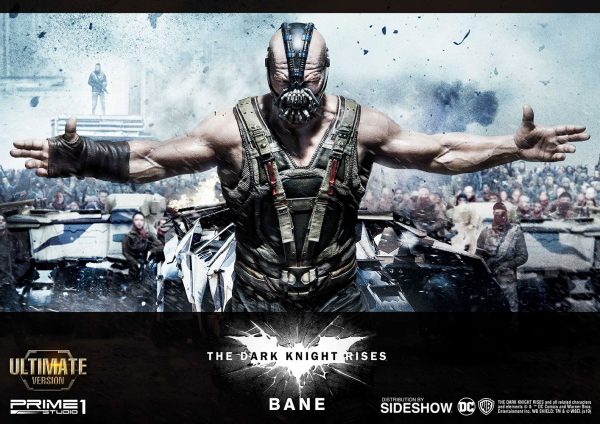 Sideshow and Prime 1 Studio have unveiled the 1:3 scale ultimate version Bane statue which is based on the appearance of Tom Hardy as the villain in Christopher Nolan’s The Dark Knight Rises. Limited to 500 pieces, it is available to pre-order now, priced at $1,399; check it out here… 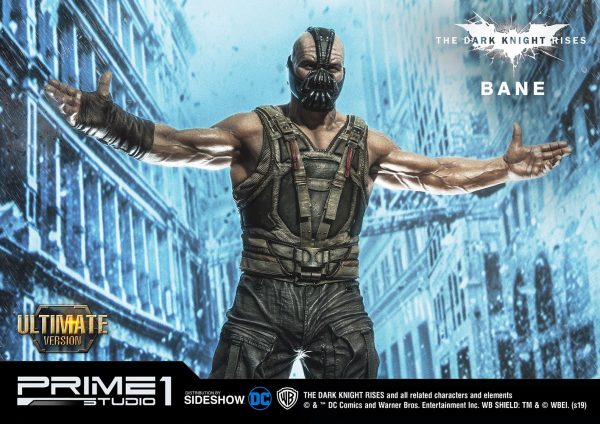 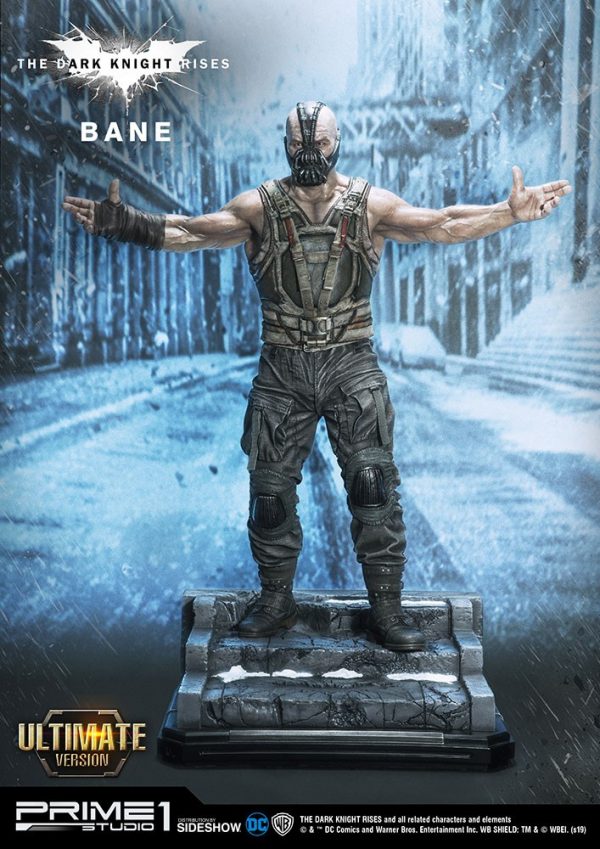 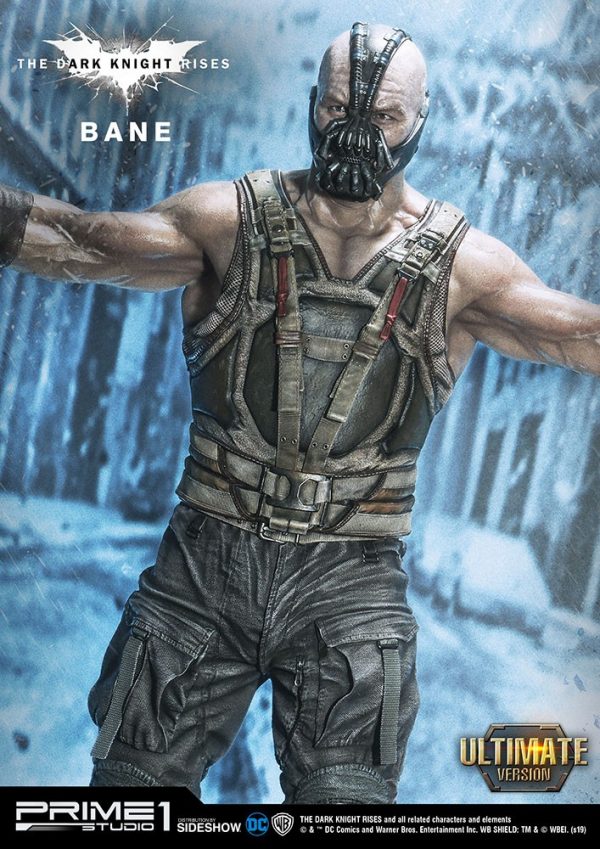 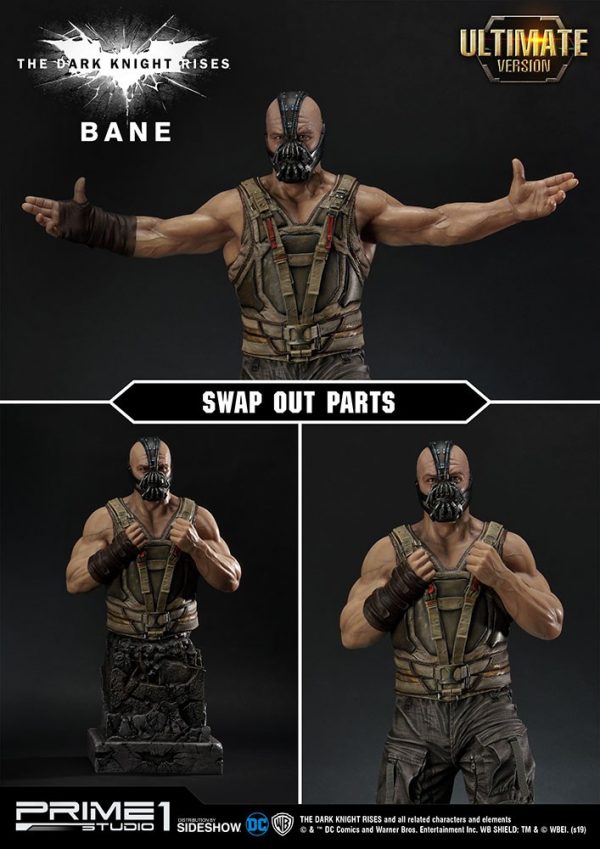 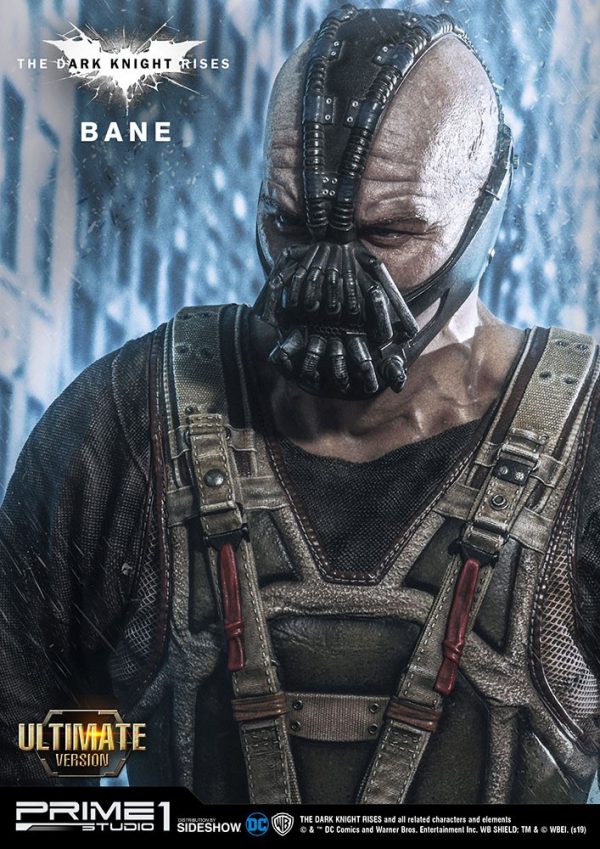 Sideshow and Prime 1 Studio present the 1:3 Scale Bane (Ultimate Version) Statue from The Dark Knight Rises. Famous English actor and producer, Tom Hardy plays a starring role, liberator of pain, Bane. He drastically changes the voice and body into the character’s comic book heritage. He throws himself into a mysterious and physically imposing revolutionary who was expelled from the League of Shadows.

This Museum Masterline Bane statue is sculpted based on one of the iconic scenes. Likewise, his costume, he is wearing a highly detailed Bane mask and under the tactical vest armor from the scene in the sewer from the movie The Dark Knight Rises. This design represents perfectly Bane appearance once he met Batman in the sewer. In addition, the base is designed using Gotham City Stock Exchange building as the motif and the streets of Gotham.