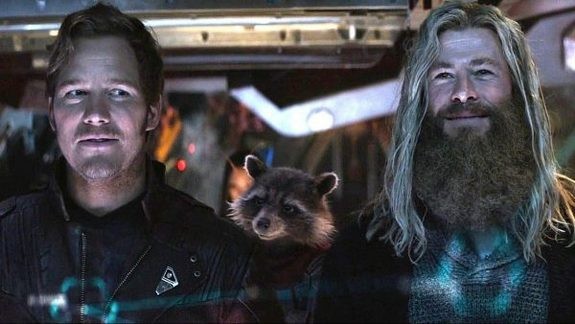 Endgame ended with Thor hitching a ride across the galaxy with the Guardians amid comedic tension between himself and Star Lord over leadership of the group. While Diesel was promoting his upcoming film Bloodshot, based on the Valiant comic book, he revealed fans might see more of that dynamic in Thor: Love and Thunder based off a conversation he had with director Taika Waititi.

“I am waiting and excited for my friend James Gunn to knock this next one out of the park,” said Diesel. “He took The Suicide Squad so he’s about to embark on it. Thor will also, the director talked to me about Thor will incorporate some of the Guardians of the Galaxy.”

This has been previously speculated, but Diesel seemed to realize that was the first time it’s been publicly said by someone involved with the MCU as he added “That’ll be very interesting, nobody knows, maybe I shouldn’t have said anything.”

Thor: Love and Thunder is set to begin shooting this summer, with Thor: Ragnarok’s Taika Waititi returning to the director’s chair and Chris Hemsworth (Thor), Natalie Portman (Jane Foster), Tessa Thompson (Valkyrie) and Waititi (Korg) all reprising their MCU roles with Christian Bale (Ford v Ferrari) reportedly as the film’s villain. It is set for release on November 5th 2021.