It’s time to load up those ammo rounds and get those grenades primed as Zombie Army Trilogy, the spin off to the cult Sniper Elite, is now available to shred the nerves of players on the Nintendo Switch.  Rebellion have released a new trailer (see below) showcasing the non-stop zombie slaying shootouts on offer. 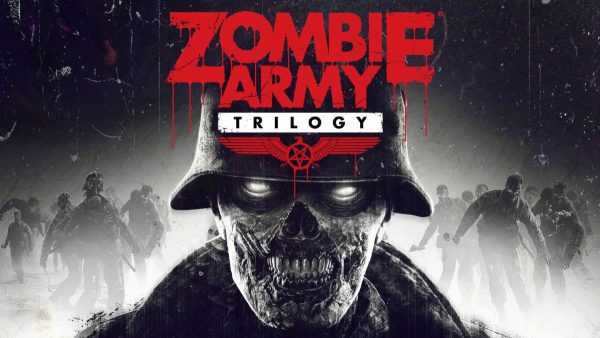 Zombie Army Trilogy takes players to an alternate timeline, one where Hitler’s mighty Third Reich is now a legion of undead super soldiers with the power to turn failure into a victory over the whole of Europe.

Players will be able to go solo or join up to 3 friends in blood-curdling combat against Hitler’s undead hordes.  As a team, destroy a range of undead enemies ranging from zombie soldiers and armoured skeletons to demons and manic chainsaw-wielding elites before finally taking on the demonic fuhrer himself.  Use a variety of weapons, including Machine guns, sniper rifles and shotguns, to cause utter carnage among the undead ranks.

The Nintendo Switch edition of Zombie Army Trilogy will include everything previously released on other consoles, such as three challenging story campaigns and the gauntlet that is Horde Mode, as well as a range of new features including 2-4 player local wireless play, motion controls, Pro Controller and HD Rumble support.

Zombie Army Trilogy and its horde of undead Nazis are available now.