Ubisoft released a new cinematic trailer for the next installment in their Assassin’s Creed franchise.  Assassin’s Creed: Valhalla takes to the time of the vikings, a time when the sight of longships off the coast caused fear among the local populations.  You can enjoy this new trailer and all the fighting and bloodshed below… 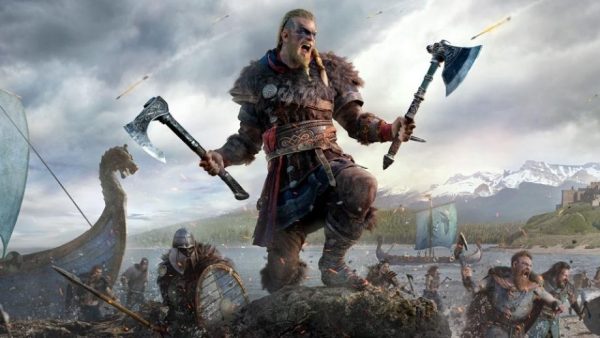 Assassin’s Creed: Valhalla will follow the story of a new protagonist named Eivor, a viking raider who sets out to seek a new home in the lush fertile land of 8th century England.

Previous titles in the series enjoyed an open-world parkour element but that changed with 2018’s Assassin’s Creed Odyssey which moved the series into different areas, and just like Odyssey, Valhalla will feature roleplaying elements and give players the opportunity to guide their hero through different decisions.

Valhalla will see players lead Eivor into new lands, raiding castles and villages while creating alliances with others, and building up their very own settlement.

Assassin’s Creed: Valhalla will launch on Xbox One, Playstation 4, PC and Google Stadia at the end of the year and is also set to be a launch title for both Microsoft and Sony’s next-gen consoles.