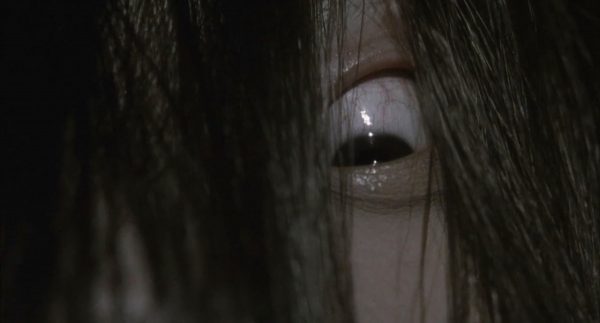 When it comes to horror cinema across Asia, Japan in particular has had a long association and skill with the genre. The early 00’s boom in particular saw a huge interest in Japanese horror, but long before some of these iconic films like The Grudge or Dark Water etc., there was a rich history of horror cinema. If you look at things through a blinkered Western perspective you’d say that a focus on Samurai films (and realist films) slowly evolved into a fascination with horror. Of course that is largely based on what broke out to a wider audience. The truth is, whilst Samurai films did lose their popularity, often only returning in nostalgia laced homage, or more serious period epics, horror films have historically been popular in Japan post-war (in truth, as a cinematic power the freedom to creatively express yourself as a film-maker would be most prominent from the mid 50’s onward).

As far as horror there has always been a predilection in Japan (and it’s probably true across a few other East and South East Asian countries, particularly Thai cinema too) for ghost stories. In the mid-late 90’s directors like Takeshi Miike also brought extreme psychological horror into vogue too with disturbingly violent and often twisted films.

There are a wealth of interesting, visually dynamic and even occasionally mind bogglingly surreal horror films from Japan. Here’s a few essentials to get your started… 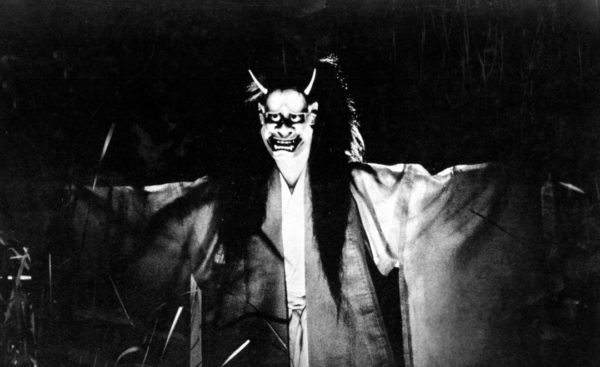 You may well find this on the BFI channel currently. It’s a dark and Gothic tale, which has a certain folky quality about it. Something quite macabre and psychologically twisted that you could compare to Poe. A woman and her daughter-in-law spend their days killing stray Samurais and robbing them in order to survive.

What follows is an odd tale as they discover the son/husband has died in battle. The daughter-in-law begins an affair with a neighbour and the mother begins to torment her by donning a disfigured samurai’s mask in the hope of keeping her daughter-in-law with her.

Kaneto Shindo’s film is beautifully shot. Stylistically way ahead of it’s time. It’s largely set in huts and in corn fields. It looks magnificent in its wide frame, visceral camera work and precise cutting. The two leads, Noboku Otawa (as mother) and Jitsuko Yoshimura (Daughter-in-law) are excellent. It’s a great place to start as it pulls in the historical Samurai genre, into a folky horror tale, and throws in some gratuitous nudity (which was rife in Japanese cinema at time of pushing censors) which gives it a the feeling of classic exploitation cinema.

This anthology is a collection of four shorts, spread over an intimidating three hour run time. They’re all folk stories with a supernatural theme. Visually each story has it’s own unique style and there’s some beautifully surreal imagery and set design here.
A lot of the images are absolutely iconic now.

As far as the individual stories, ‘The Woman in the snow’ is probably the standout for me. ‘In a Cup of Tea’ is perhaps the weakest of the four, but still engaging.  Masaki Kobayashi’s film isn’t filled with scares necessarily, but it’s an iconic selection of folk ghost stories with a chilling atmosphere and great performances. 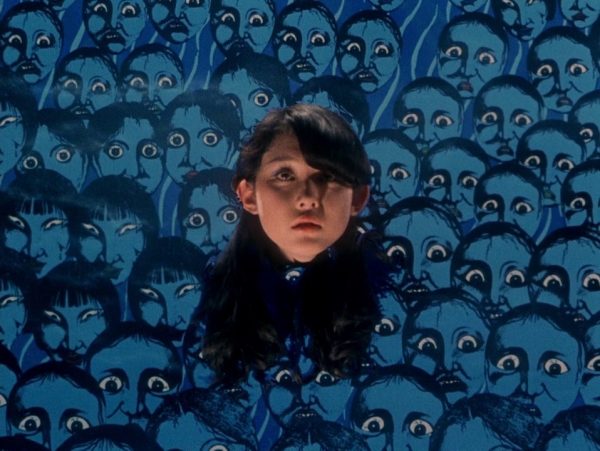 House has to be seen to be believed. If you think you’ve seen weird, you’ve not seen anything until you’ve seen this. What begins as a little quaint and cheesy, with a girl and her friends travelling to her aunt’s house, descends into those utterly bizarre series of escalating events. It goes completely bananas with animations, comically cartoony effects and a complete disregard for logic.

Despite the weirdness though, there’s so much amazing imagination and energy. Don’t expect it to make a huge amount of sense, but you should expect to be transfixed by what’s happening. Nobuhiko Obayashi doesn’t hold back on visual whimsy that’s for sure. House is definitely a one off, and its placing as an iconic piece of Japanese cinema is testament to the strange quality it has. They could have tried to make this 99 separate times and it would have been awful. Somehow, it all works here. 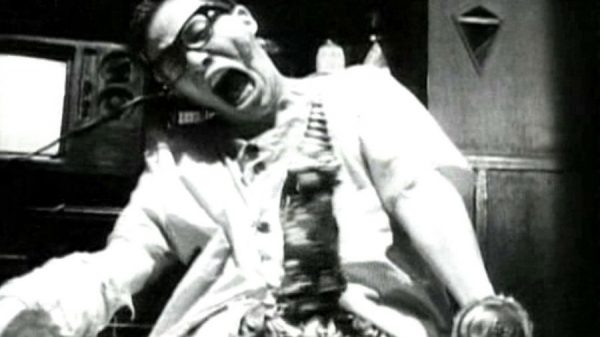 Speaking of weird…how about a metal fetishist who likes to stick pieces of metal into his maggot infested wounds? Who then gets killed by a businessman in a hit and run accident. The businessman then begins to slowly transform into a man of metal, even down to having a Black and Decker power drill replace his tallywacker.

You’ll look at the blitzkrieg editing, rough and ready style, non-stop camera work and thundering pace and certainly see influence on Western directors like Darren Aronofsky and Tom Tykwer to name a couple. The Iron Man is 77 minutes (at least the extended cut is) of relentless, batshit crazy energy. It was also a landmark film in Japanese independent cinema. Shot on a micro budget by Shin’Ya Tsukamoto it’s just a non-stop assault to the senses and to hell with sense. Once you’ve seen the film, you’ll probably find the best part of the whole thing was that it was based on an old High School play that Tsukamoto wrote and performed. Imagine that on stage! 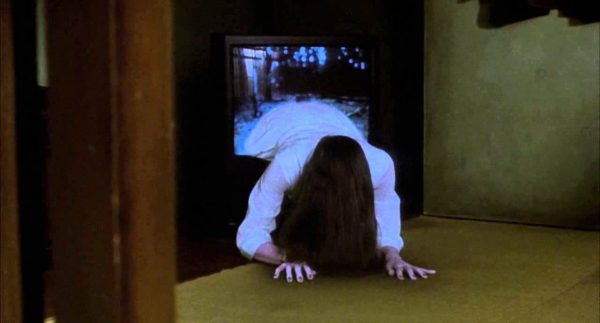 Ring really kicked off that new century Hollywood craze of ripping off every decent Japanese horror and (for the most part) making a bastardised western version. The Hollywood remake of this wasn’t actually too shabby, aided by a solid director and an excellent Naomi Watts, but the rougher, creepier style of the Japanese film plays more for atmosphere than jump scares.

Of course most people know the overriding image of this film now (and yes, probably because it became just as iconic to the west through the Hollywood version) but it still tingles the spine. If the US had that big budget Hollywood gloss and sheen and perhaps too precise a ‘horror’ visual, then the original has a rougher edge to it, a grittier look and for that, is more engaging. It feels more real. The Japanese certainly made the new horror movement more interesting that’s for sure, whilst everything that followed The Ring in Hollywood was almost uniformly dreadful. 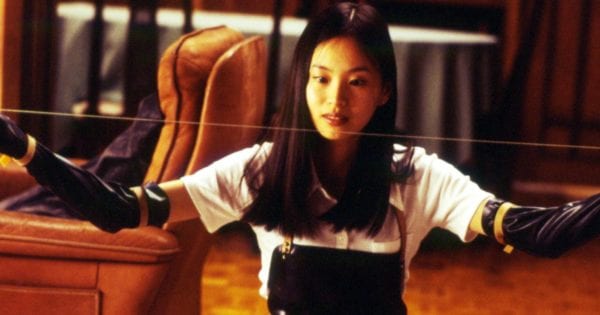 Legendary exponent of extreme cinema, Takashi Miike probably hit his apex around this time with the likes of Ichi: The Killer. The man is still prolific and never seems to stop. Indeed, there’s an enjoyably eclectic mixture in his CV these days, even if it’s been a while since he really swept an audience off their feet. Lets not mention feet too much before talking about Audition. If you’ve not seen this and you gagged in horror at that infamous scene in Misery, then just multiply the brutality of that by 10.

Audition is kind of grim, disturbing, unbearably tense, but also has a deeper edge to it. The whole set up sees a widower being talked into faking auditions for the female lead in a film, so that he can use it to find a new wife. There’s a wry stab at misogyny and outdated values (that ring true everywhere, certainly around that era). I guess for all this guy’s outdated attitude and naivety in the way he objectifies women, he’s not an inherently bad person. He’s not Harvey Weinstein by any stretch. Still, there’s this overriding feeling that he gets his comeuppance after picking the wrong woman (for the reasoning that she would make the best, most subservient, wife) and finding her dark history and psychological disturbances have put him in danger. It builds and it builds until an almost unbearable finale, but always gripping. Visually too, it’s really atmospheric and creepy. 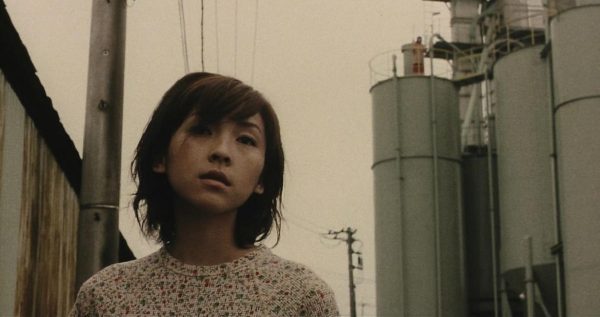 As far as that new wave of ghost cinema that hit after Ring, Pulse certainly fits into that category. It’s one of the better ones and definitely one of the most interesting. Directed by Kurosawa…(no not that one, nor any relation, Kiro Kurosawa), this one might have dated in certain aspects, but it toys with the idea of malignant spirits existing through the internet.

Now of course it’s had the godawful Hollywood remake treatment, but Pulse is a really well made, creepy and engaging horror. Most malignant spirits on the internet these days tend to exist on comments boards (jokes…) but this still made for an interesting concept. As I say, it may have dated as technology has developed but it’s got enough tension and thrills to keep you entertained and again, it showed at the time that Japan was ahead of the curve with horror.

What are your favourite Japanese horror films? Let us know your thoughts in the comments below or on our Twitter page @flickeringmyth…