Where the previous two episodes in the latest Star Wars: The Clone Wars arc lacked much action, ‘Dangerous Debt’ more than made up for it as Ahsoka, Trace and Rafa tried escaping from the Pykes’ clutches. It was an entertaining episode that not only had good action, but delivered several character moments between the trio which included backstory for Trace and Rafa that recontextualized their relationship with Ahsoka. 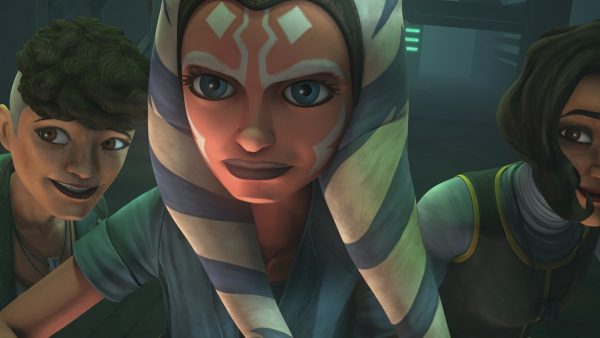 The strongest aspect to the episode was the chemistry between Ahsoka and the two Martez sisters and their strengthening relationship. Vital backstory was given to the Martel’s family history that dates back to the end of The Clone Wars‘ very first season. This was a very significant step because it doesn’t just reshape a big moment from that finale, but seemingly adds to Ahsoka’s confusion around her former role as a Jedi and the good the Order does. It also informed Rafa’s view on the ‘Upstairs vs Downstairs’ life on Coruscant as to why it’s almost easier for them to make a living in the underground of 1313 than on the planet’s topside. They may not get attention on either the surface or the underground, but at least in the latter they can make their own fate without getting caught in any kind of crossfire that the Senate or Jedi won’t blink an eye at.

‘Dangerous Debt’ had a pretty good mix of seriousness and levity to it. Seeing Rafa getting tortured was rough and definitely built suspense as to what awaited Trace, but it wasn’t long before they all escaped. The fun part of the episode came from Ahsoka’s subtle attempts to ensure their safety, calling on the Force without their knowing. It was basically like Clark Kent using his powers without wearing the Superman suit, but doing so in ways Lois Lane or others wouldn’t catch him doing so. Ahsoka Clark Kenting around was fun to see she used some nice tricks to get them out of trouble or save the sisters. 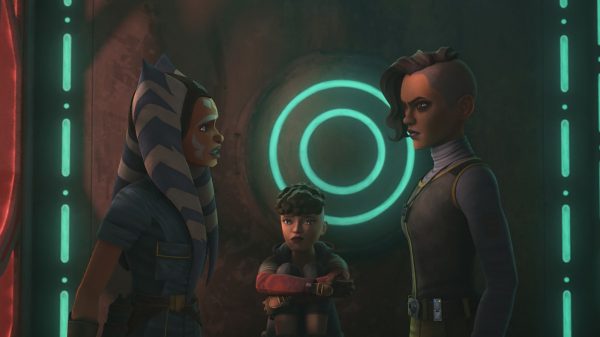 The action was well done throughout the story. As mentioned, the torture scenes caused a fair amount of suspense and Ahsoka’s secret use of the Force was a great addition to their escape. The action was well choreographed and, in some cases, rather brutal, such as the Pyke who unfortunately got decapitated between a rising elevator and the ceiling. The chase through the city was exciting and the skirmish with Ahsoka taking control of the hangar vehicle was well done and very detailed with its animation. Some of the action also served the character development as it allowed Ahsoka and Rafa to work together and Rafa grudgingly seeing Ahsoka’s use. The only main detraction was how the trio ended right where they began as they were taken back to the same cell they occupied. Were it not for the growth in the relationships and the exploration of the Martez’s backstory, the episode might otherwise have felt pointless. Aside from that, though, there was the added element of Bo-Katan’s reintroduction to the series, placing a big question mark in what role she will play in Ahsoka and the Martez’s plight.

‘Dangerous Debts’ was a fun episode of The Clone Wars‘ final season that had a good amount of tension, character development and fun to the story. It was great seeing Ahsoka Clark Kenting around and her bond with Trace and Rafa grow as she struggled to make peace with her Jedi past. With next week being the final episode of this arc and Bo-Katan’s return, it will be interesting to see how this story’s finale lead into the much anticipated Siege of Mandalore. 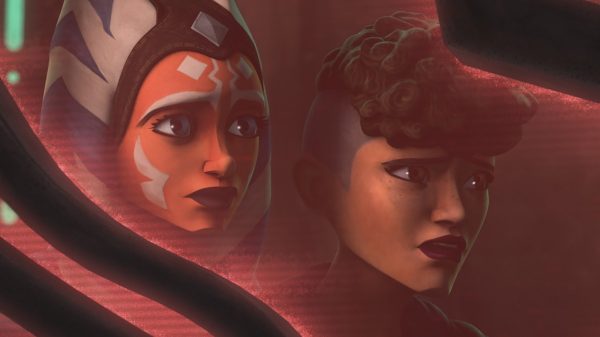