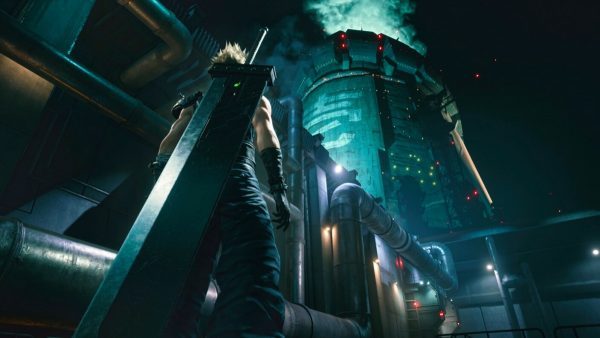 Back in January 2016 I walked into my local GAME with a crisp £5 note in hand and laid down a deposit for the Final Fantasy VII Remake.  At this time there was no release date from Square Enix at all – all I knew was the game was coming to the PS4 and it had to be in my collection, so I was getting in the queue early.  Now just over four years later it has finally arrived and this is possibly the most anticipated install I’ve ever had on my little black box.

If you will allow me a moment’s personal space as I take you back in time – to some twenty-three years past – where I bought the original FF7 for my wife on the PlayStation.  She was (and still is) a fan of RPGs,  I’d heard it [FF7] was good so I picked it up for her, and though initially nonplussed by its opening Avalanche escapades this rapidly changed.  The game enveloped her playtime, so much so she never actually completed it, coming to the final moments she stopped playing… not wanting the game to end. That’s how much FF7 affected her.  So getting the Final Fantasy VII Remake for the PS4 was rather essential for marriage harmony. 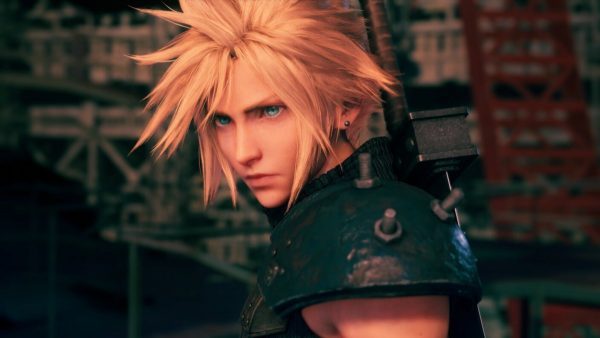 Now finally here, is the Final Fantasy VII Remake everything we’ve [the collective gaming masses] have been waiting for?  Well quite simply yes and even more than we expected. If you’re expecting a simple 21st Century reskin – as I honestly did – then prepare to be both proven wrong and impressed, for those that have been overseeing this remake have not only made it look truly stunning, but have brought even more life to one of the most engaging games made for the PlayStation.

It would have been easy for the team at Square Enix to just get a fan service checklist and deliver a game that we would have enjoyed, but quite frankly that clearly wasn’t good enough for those in charge.  From the off as we are treated to the flyby of Midgar, and as with the original, you’re instantly impressed with the visuals delivered. This continues as our original FF7 story opens, introducing our heroes, though in this Remake Universe we can’t rename our characters.  This is where it all becomes somewhat beautiful. Our gang of Eco-Terrorists (Barret and Co.) are now brought to life on-screen, each with their own individual voice and personality which you’ll see bloom as the FF7 story unfolds. 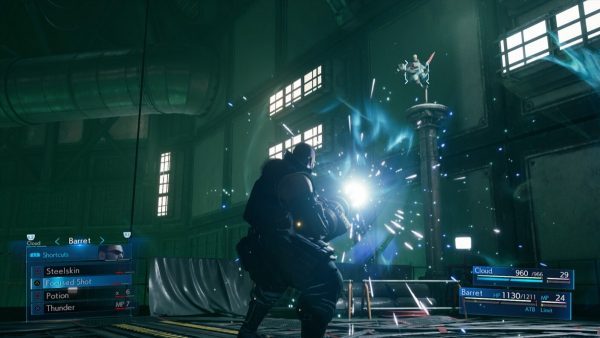 Even the world the characters live within is just perfect too.  It’s something that needs to be seen, from the intense and somewhat explosive boss fights – the Scorpion Sentinel is both fearsome and fantastic – to strolling gently through the crowded Slums.  It was the Slums that actually struck a chord with myself, for when the camera glanced up – outside 7th Heaven – you could see the higher levels of Midgar looming over all of the shacks. Those that know the FF7 story will especially realise why this is significant.  The attention to detail in redesigning this universe from the ground up is magnificent.

One thing that’s changed from the original Final Fantasy VII is the fact you can no longer get too lost in the massive world and be hit by wave upon wave of mobs, subtly telling you that you’re going the wrong way.  The Final Fantasy VII Remake is far more linear, with side quests and plenty of mobs spread in between, to help boost your level and Gil.  Though they’re not placed in your path for mere giggles, you’ll find a group of Shinra Troops where they’re supposed to be or mutant bugs on an abandoned area of Midgar.  Random spawns are a thing of the past and due to this you’ve got to keep a close eye out for crates and chests. Crates are spread throughout the world and here is your main source to Potions, Phoenix Down, Ether and other useful items.   Though of course you’ll find shops and traders throughout the Midgar too. 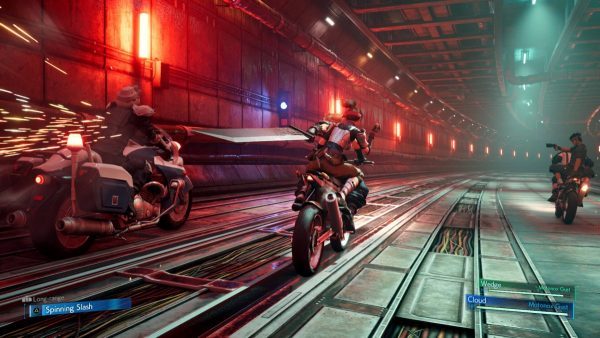 On the subject of mobs and fighting, here is one of the major changes which at first threw me.  I had initially no idea what I was supposed to be doing!  Though the introduction to Final Fantasy VII Remake gives an easy to follow, “Press X button to do Y” tutorial as you go, I failed to pick up on the fighting stances. Whereas in the original FF7 it was turn-based, now everything in the remake seems to be moving at once, and this threw me at first.  Initially I was leaping between Cloud and Barret and trying to control both of their attacks at once and due to my struggle I was having no fun, nor staying alive.   It was only when I decided to replay the beginning again. Selecting Classic in the options, I discovered that I didn’t have to fight manically all the time. Moving characters into the Punisher Mode allows the PS4 to happily take control of one (or more) of them, putting them into slower attack but with increased defence, whilst you maneuver another character with Spells, Items or Abilities.  However, if you do feel like you can pummel a mob into dust, you can easily switch back to manual “Operator Mode” and do just that. The risk is still there, you need to know what you’re doing in the fight, but it is nowhere near as hectic as it initially looks.

Along with the brutal and amazing looking Summons, which now fight alongside you when called, also introduced in the Final Fantasy VII Remake is Weapon Modding.  Though initially this made me internally groan as I wondered, ‘How complicated is this going to be?’, it’s delivered in a very easy to use interface.  You level up, you get Skill Points (SP’s) and you plough these into your character’s weapon.  These range from Stronger Attacks, Better Defence, Faster Attacks etc.  It couldn’t be simpler. 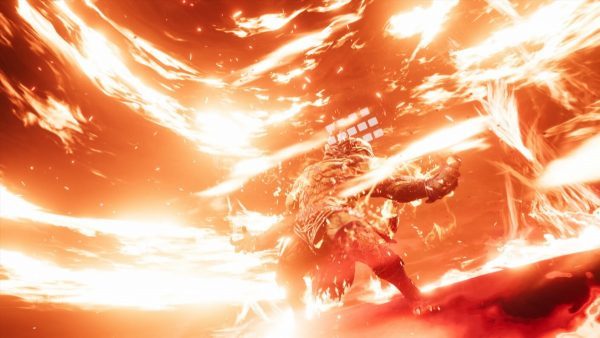 There are however a handful of things I like to see ironed out, but they’re not game-breaking and in no means will spoil the brilliance of the Final Fantasy VII Remake.  The first is the in-game camera, for 90% of the time it happily floats around without fuss, then either it will insist that you need to look at something and while you had your eye on something else, you’re not going to see it until you’ve checked out what your camera’s locked on to.  Not only this, the camera – in some frantic fights – can get lost in the action!  Sometimes you’ll finish a Braver and discover the camera has spun around and you’re no longer able to quickly line up with any of the mobs, who are taking chunks out of your team. 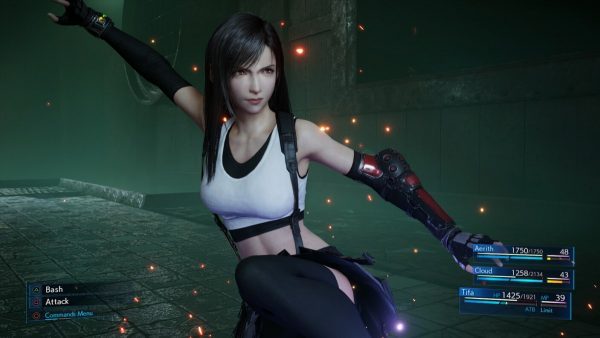 The lack of expanding world building is a curious third complaint.  You’ll find yourself completing a task for Jessie (at one point) and you’re allowed to click on something within the room which yields nothing solid to the ongoing story.  It was at this point I thought, ‘Why put this here if it doesn’t further expand this universe?’. The developers have gone to great lengths to make the members of Avalanche more human and not bobbly people with wavy arms. Yet they’ve stopped short at just adding a few minor additions, which could have made the FF7 world that bit richer.

My fourth and final issue is the Triangle Action button.  Once you’ve played the game a while you’ll realise how touchy it is on wanting to be perfectly lined-up.  You can happily battle, climb, scrap on motorbikes etc. but if you’ve not lined up with that Triangle pixel perfect you’re going no further. It’s the small things I know, but it’s the small things that generally frustrate the most.

With these four minor grumbles pushed to one-side, one thing that’s left is the honest truth which is the Final Fantasy VII Remake is truly fantastic.  It may have taken five years to deliver, but I’m glad that it has. This has been worth waiting for. Those responsible for delivering this to the PS4 honestly need thanking and those responsible for making Barret hum his little tune on the subway train needs a thumbs up.  You made me truly laugh out loud. Final Fantasy VII Remake needs to be played, it’s quite frankly amazing.

Final Fantasy VII Remake is available both physically and digitally from the 10th April 2020, you can pre-order it now from Square Enix here.