Get ready for some cute racing excitement as NEXON America release their free-to-play mobile kart racer KartRider Rush+ on Android and iOS devices.  This latest title in the KartRider series will feature a huge set of tracks, kart customisations and a range of diverse game modes. 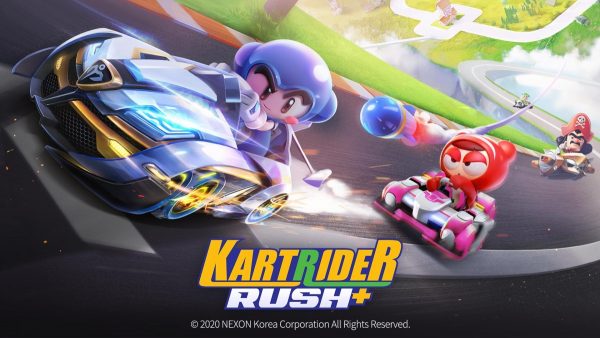 KartRider Rush+ will see players race along more than 50 different tracks in a number of different game modes.  Players will have access to 20 karts at launch and there will be a range of customisation options such as decals, plates and skins to make the car fit their own style.

This latest title in the series introduces a Mentorship System that allows players to team up with another player who will help them improve their skills.  Skilled players who sign up as mentors will receive mentorship perks and rewards.

KartRider Rush+ is available now on Google Play and the App Store with all players able to claim the pre-registration milestone rewards until 25th May.  These rewards will include Skelemech Kart, Slugger Dao Character, Angel Wing Headset, Star Driftmoji and Love Candy Balloon.