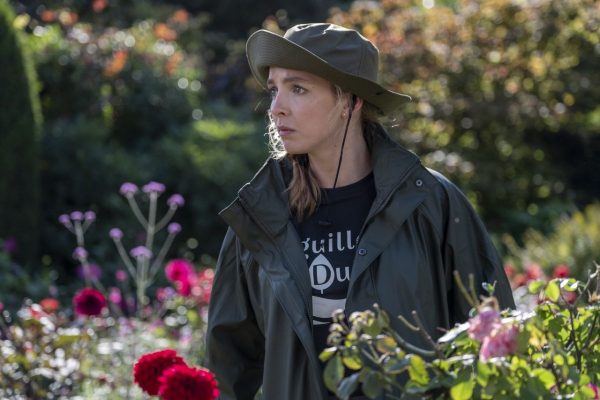 There are so many little touches in episode four which add richness to the narrative that repeat viewings are encouraged. From that Spielberg homage to Konstantin’s vertigo and Carolyn’s grief technique, Killing Eve is constantly expanding backstory in subtle ways. Bitter Pill head honcho Jamie proves to be a pillar for Eve in uncertain times, while the maternal instincts of Dasha towards her impetuous charge is touching if a little tumultuous. By working in flashback elements, breaking up structure then having that cross over through character, Killing Eve consistently challenges expectations and keeps things fresh.

Locations remain global, espionage more prominent and there is less of a reliance on Villanelle to maintain our interest. Harriet Walter is becoming more and more essential to the success of this new season, as Dasha is a match for and equal of our central assassin. She has a casual disregard for human life, a slapdash approach to personal improvement, while Walter herself proves a gifted foil for some supremely dark comedy. 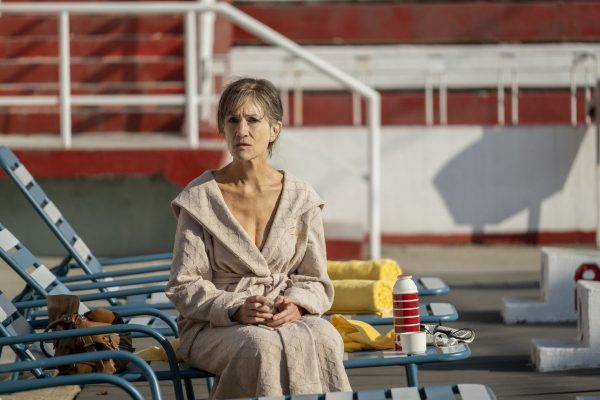 Elsewhere Konstantin and Carolyn are both facing family challenges whilst dealing with the repercussions of past events. Kim Bodnia and Fiona Shaw are so entrenched in character that little nuances make the sense of isolation palpable, their desperation tangible and our investment that much easier. Between them and Owen McDonnell’s Niko you get the human heart of this story, even if emotions are perpetually kept in check.

Eve is a different matter and Sandra Oh revels in her dishevelled demeanour, conflicted emotions and workaholic tendencies. Between herself and Jaime there is a workplace chemistry which adds another layer to this drama and gives Killing Eve breadth outside of the established cast members. Steve Pemberton has also done well in broadly defining himself as Carolyn’s bugbear, underplaying moments and layering his performance with human flaws. A series of character choices which leave Jodie Comer free to underpin that drama by playing around with our view of Villanelle. 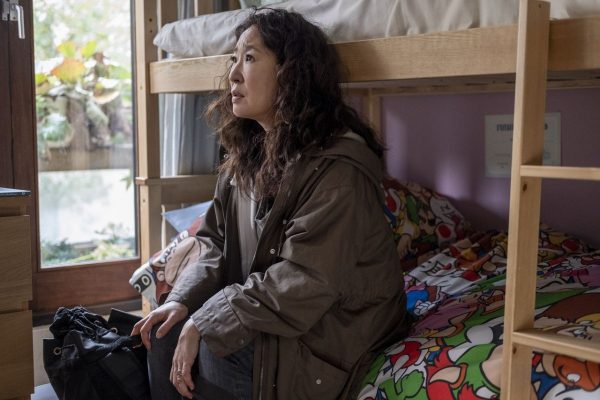 She is one part pouting child, two parts ice cold assassin and as close to a genuine femme fatale as you can get. Calling this performance multifaceted is selling Comer short as her arc from season one has been subtle, surprising and fearless. She is a modern day lady killer who is fickle, irreverent and viciously malicious with a soft centre. It is these contradictions which keep us coming back, these character flaws which perfectly counterpoint the cold war elements and a weekly reminder why she remains infallible.