Tequilabyte Studio and publisher Games Operators have announced the release of their sci-fi shoot ’em up BE-A Walker on PC (via Steam), Android and and iOS.  BE-A Walker puts gamers into the pilot seat of a huge mech with the mission to invade an alien world and quite literally stamp out all opposition.  A new launch trailer can be seen below…. 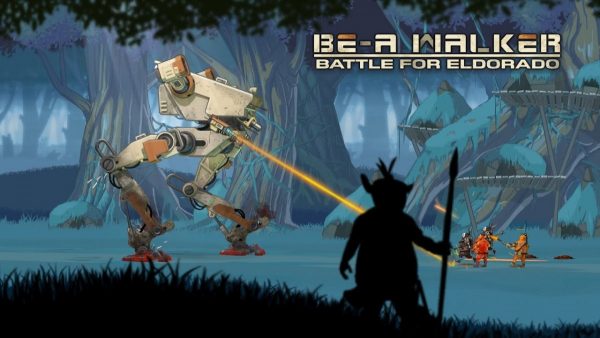 In BE-A Walker the Earth is gasping its last few breaths after being exploited by humans for countless centuries.  With barely enough resources to ensure their survival, humanity looks to the stars for a fresh world to colonise and discover Eldorado.  Eldorado is a world covered in lush vegetation and rich in everything that mankind needs in order to survive, unfortunately it has a poisonous atmosphere and a native race of inhospitable, warlike humanoid creatures that are unhappy with the human’s arrival.

As the pilot of the mech it is the player’s primary mission to protect the colonists and defeat the hostile natives, however this mission is not set in stone and players will be able to choose their own path and make a decision that will suit their moral compass whether that be annihilating the native race or by protecting the victims of the greedy invaders.

BE-A Walker is available now from Steam for PC, Google Play and the App Store.