Author J.K. Rowling literally created magic when she penned the first few sentences of Harry Potter and the Philosopher’s Stone. But even she might have been unprepared to believe, back then, what a pop-culture phenomenon it would go onto become eventually. The films based on the source material too had their fair share of success, raking in over $9 billion at the global box office and inevitably becoming the third highest grossing film-franchise of all time. For a better part of a decade the franchise has acted as a revolving door for various creative talents to showcase their abilities, as a result we have been privileged to hear some truly fantastic music composed for the films. So, without much ado here are the top 5 film scores from the Potterverse, in no particular order. 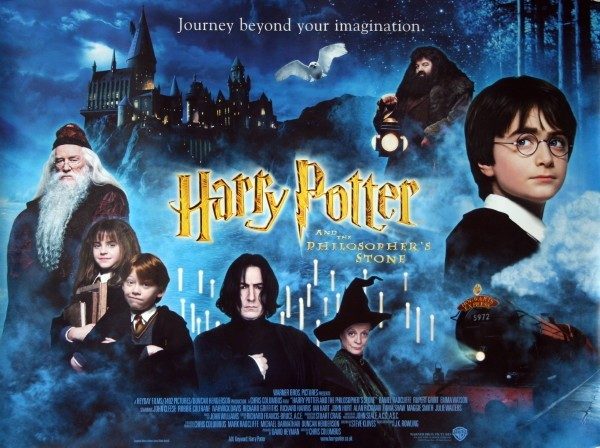 Ah, the one that started it all. How can it not be at the very top of this beautiful bunch? With Harry Potter and the Philosopher’s Stone the irreplaceable, indefatigable John Williams, replicates the same level of magic and wonderment he had gone onto create with other successful franchises like Star Wars, Indiana Jones, Jurassic Park and Superman, over the years. It is classic Williams from the very outset, replete with the rich orchestrations and thematic complexities for which he’s well known for. In a lot of ways, the score acts as a throwback to the composer’s previous work associated with children’s films from the late 80’s and early 90’s like E.T., Hook and Home Alone.

Through his sweeping music Williams transports the audience from the drab realm of the Muggles to the magical world of Wizardry. At its very core it is a musical essay of a young boy’s journey of self-discovery and the challenges he must face along the way. But these challenges are anything but your run-of-the-mill obstacles of youth; for there’re great dangers lurking around every dark corner and Williams’ perfectly captures these tonal shifts with ease. His effort won the love and admiration of Potter fans the world over, with the Hedwig’s Theme leitmotif becoming an all-time hummable favorite of Potterheads. Despite being nominated for an Oscar and losing out to Howard Shore’s epic score for Fellowship of the Ring that year, there’s no doubt, that what Williams has accomplished here is nothing short of iconic. Just listen to a few minutes of ‘Hedwig’s Theme’ and you’ll understand as to what I’m talking about.

Harry Potter and the Prisoner of Azkaban (John Williams, 2004) When it comes to J.K. Rowling’s Harry Potter saga one thing is quite obvious; with every new chapter the books get progressively darker and more ominous. And this dramatic shifts in tone are captured perfectly in their film counterparts, as well. Ditching the more child-friendly take in favor of an edgier approach, Warner Bros. chose Mexican director Alfonso Cuaron to helm the third installment in the franchise. Prisoner of Azkaban would mark Williams’ last foray into the Wizarding World but what he delivers here can arguably be considered as one of this living legends greatest sequel scores.

Williams’ ups the ante, but does so by not sacrificing the lighter, whimsical aspects of the film as evidenced by the crazily jazzy ‘Knight Bus’ and the pompously comedic ‘Aunt Marge’s Waltz’ tracks. The choral Christmas song for ‘Double Trouble’ with its McBeth inspired lyrics functions as something of a dark counterpart to his Home Alone carols. But the unquestionable highlight of the album would be the soaring Buckbeak flight theme ‘Buckbeak’s Flight’. Simply close your eyes and listen to it, and you will feel as if you are Harry himself, riding on a big old Hippogriff as you see your surroundings whiz by in a blur of color. There is truly no equal to John Williams and once again the maestro proves that with his sublime score for this film. Mischief Managed? Yes indeed!

Album Highlights: Buckbeak’s Flight, Aunt Marge’s Waltz, A Window to the Past, The Dementor’s Converge

Harry Potter and the Goblet of Fire (Patrick Doyle, 2005) The fourth entry of the film franchise saw English director Mike Newell-of Four Weddings and a funeral fame-taking the helm and steering ship. But the biggest change to come with this development was Newell hiring the classically inclined Patrick Doyle to score Harry Potter and the Goblet of Fire. Now Doyle ain’t no slouch, having composed impressive music for many of Kenneth Branagh’s projects over the years but with this film, he knew he had step-up a notch to fill the massive void left by maestro John Williams’ departure from the franchise. But the composer proves that he’s more than up to the task with what he creates here, although from the get-go it’s quite obvious this is a completely different beast to Williams’ outputs in the past.

There’s a more sinister quality to the overall product here, with Doyle utilizing brutal brass sections, reminiscent of Jerry Goldsmith, to bring to life the darker aspects of the film’s narrative. Just listen to a few minutes of ‘The Dark Mark’ and ‘Voldemort’ and you’ll get what I’m talking about. To counterbalance this pervading sense of doom, Doyle conjures up some truly beautiful music that would even make hard-core Williams fans pause and listen. The lush string sections accompanying these lighter-moments are, for lack of a better word, sublime. The biggest issue with Doyle’s effort however is, the lack of continuity from a musical perspective, due to inadequate referencing to Williams’ established themes. But if you are willing to overlook this omission, rest assured you’ll be in for a real treat.

Fantastic Beasts and Where to Find Them (James Newton Howard, 2016) The character of Newt Scamander, famed Magizoologist has only been mentioned in passing in the source material but nearly all Potter fans know that it is he who authored the famous book Fantastic Beasts and Where to Find Them. Warner Bros. decision to create a spin-off franchise based on this particular character was somewhat of an odd one at first, but author J.K. Rowling’s involvement as the film’s screenwriter, certainly instilled some degree of confidence within Potterheads that this won’t be just another mindless attempt at milking the franchise.

Unsurprisingly the first entry turned out to be a pleasant surprise and a bona-fide hit for the studio, but the real star of the film is none other than composer James Newton Howard himself. Over the past few decades Newton Howard has written some stunning material for fantasy films like Lady in the Water, The Last Airbender and Maleficent. But here he goes all out and the resulting effort is fantasy music at its unparalleled best. The seamless amalgamations of child choirs, jazzy motifs and exotic instrumentations, evocative of the period setting, makes for an engaging listen from start to finish. It is the kind of score that will make you warm and fuzzy and that isn’t a bad thing at all.

Album Highlights: Main Titles, There are Witches among us, Tina takes Newt in, End Titles With the last chapter of the Harry Potter saga stretched into two separate films, the franchise-now spanning eight films- had seen a multitude of talented composers contributing to the rich tapestry of its soundscape with everyone ranging from John Williams, Patrick Doyle to Nicholas Hooper taking a crack at it. But the daunting task of scoring the final two chapters fell on the shoulders of none other than the uber-talented Alexandre Desplat and this French composer showed he’s more than up to the challenge.

The breathtaking centerpiece of this score is undoubtedly the bittersweet ‘Lily’s Theme’. The theme is a representations of Lily’s story arc within the film as well as the important role she would play in it. ‘Severus and Lily’ is another tender love theme Desplat conjured up which played during the poignant flashbacks featuring the two characters. There’s some truly powerful action music here as well, with ‘Showdown’ and ‘Voldemort’s End’ showcasing nearly all of Desplat’s major thematic material in epic fashion. All in all, the score, serves as the perfect conclusion to the musical saga of the Harry Potter saga, because it packs one hell of an emotional punch.