Image Comics and Skybound Entertainment have announced that Brian K. Vaughan and Marcos Martin’s The Walking Dead: The Alien is set to receive a special oversized hardcover release this July. 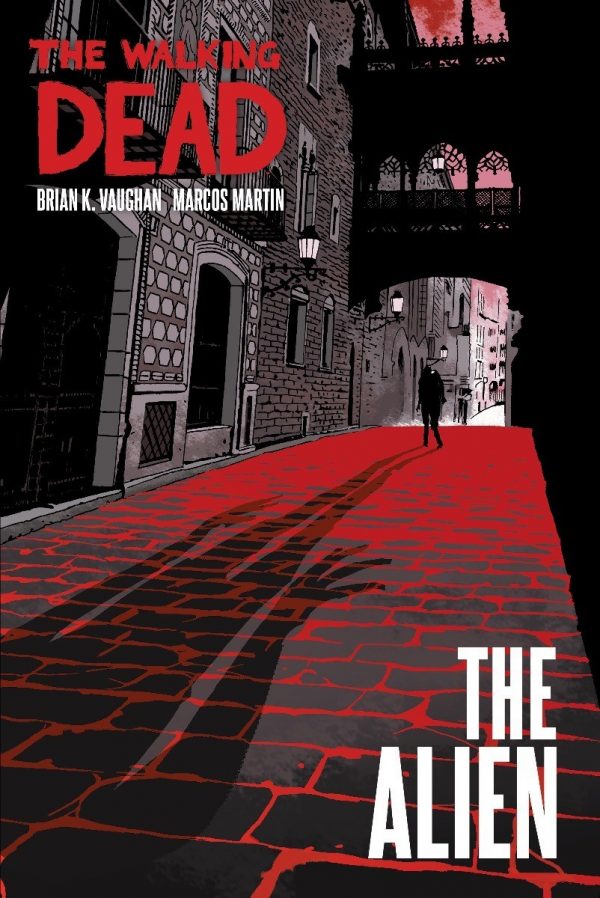 “I couldn’t be a bigger fan of Vaughan and Martin’s work,” said Kirkman. “I’ve been very hesitant to allow anyone to play in the Walking Dead sandbox in comic form but when the opportunity arose for these gents to show up what Charlie Adlard and I had been doing, I jumped at the chance. It’s remarkable what Vaughan and Martin were able to accomplish in one self-contained story. A tale with so much heart and emotion told far more succinctly than I’ve ever been capable of. I’m so thrilled to finally be sharing this story with a wider audience in this spectacular hardcover edition.”

The Walking Dead: The Alien will go on sale in local comic book stores on July 29th and in book shops from August 4th.