Indie developer Moregames has announced the release of their retro-fueled twin-stick roguelike game, I, Dracula: Genesis, on Steam Early Access.  This hard-as-nails twin-stick shooter will see players fight their way through procedurally generated worlds taking on a variety of monsters, demons and aliens.  See more in the trailer below…. 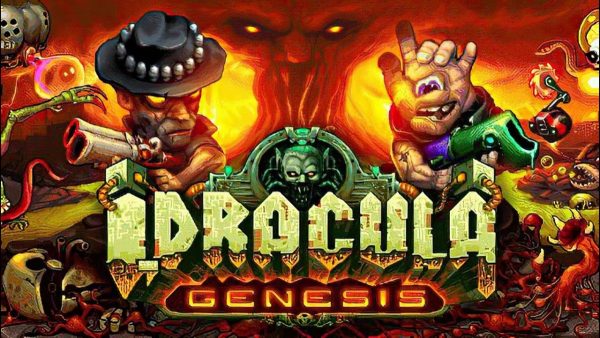 I, Dracula: Genesis takes players to a post cataclysmic Earth, one no longer filled with relatively peaceful humans but instead overrun with monsters, demons, aliens and insane robots.  The only thing standing between these creature’s total domination of the world are a group of genetically modified heroes called Hunters, a hardened group of monster/demon slayers.

Throughout the Early Access stage there are five unique Hunters available, each of which has their own skills for fighting the hordes, this total will increase to ten different heroes once the game releases fully this summer.  It will be up to players to take the role of one of these Hunters and rid the world of these terror-inducing monsters.

There are four procedurally generated worlds to fight through filled with more than 120 enemies and 20 bosses.  To help create the perfect run-through, there are over 1200 relics, weapons, skills, perks, consumables and passives to collect and use, enough to suit any playstyle.

I, Dracula: Genesis is available now on Steam Early Access with a current discount of 15% until Friday 29th May.