Focus Home Interactive has released a new action-packed trailer (see below) for the upcoming Necromunda: Underhive Wars, a tactical RPG of Games Workshop’s epic tabletop war game, Necromunda.  This very first game set in the dark depths of the Necromunda Hive World of the 41st millennium will be coming soon to Xbox One, Playstation 4 and PC this summer. 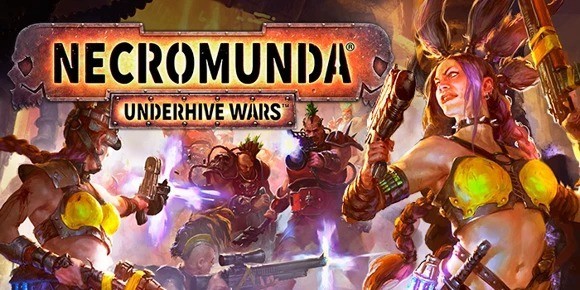 This new trailer will introduce the ever present dangers that await in the Underhive, namely three of the most deadly gangs in the Hive, House Orlock, the seductive but deadly HouseEscher and the ‘roided up House Goliath.

The Hive world of Necromunda is an ancient and massive structure dating back thousands of years and provides weapons and munitions to the Astra Militarum that have been crafted from its huge forges, it is also provides ample strong neophytes to the Imperial Fist chapter of Space Marines.  However, in the dark and ancient depths of the Underhive there is constant war between rival gangs who all vie for the polluted territory and the forgotten treasures that date back to the founding of the city millennia before.

Necromunda: Underhive Wars will provide a truly unique perspective on the Warhammer 40,000 universe and will give players an over-the-shoulder view of every lethal takedown, brutal melee engagement and explosive firefight.  As players explore the twisted, dark corridors of the Underhive they will experience a compelling story campaign and Salvage Operations that will see them take on the AI or up to 3 other players online.

Look out for Necromunda: Underhive Wars coming soon to Xbox One, PS4 and PC.  PC pre-orders now via Steam.