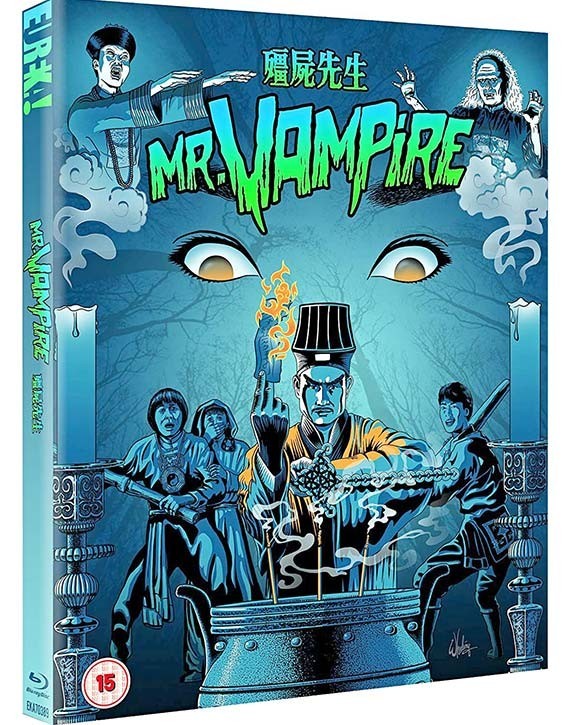 A Taoist priest and his two bumbling assistants go to battle against a very angry hopping vampire. You could say he’s hopping mad… 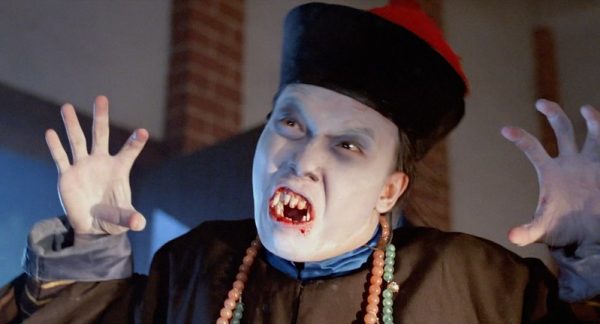 A well-known and highly influential movie from 1985, Mr. Vampire is a horror/comedy/martial arts mash-up that any genre movie fan worth their salt would certainly be aware of, if only for its influence in Western movies such as Big Trouble in Little China, but one look at its colourful aesthetic and slapstick action and you could probably reel off a dozen movies that clearly owe a debt to it.

Mr. Vampire sees Taoist priest Master Gau (Ching-Ying Lam – Fist of Fury/Way of the Dragon) and his two hapless assistants Man Choi (Ricky Hui) and Chou Sheng (Siu-Ho Chin) oversee the reburial of the deceased father of local businessman Mr. Yam (Ha Huang), who, thanks to a shady fortune teller burying his father vertically, wishes his father to be reburied to renew his good fortune. 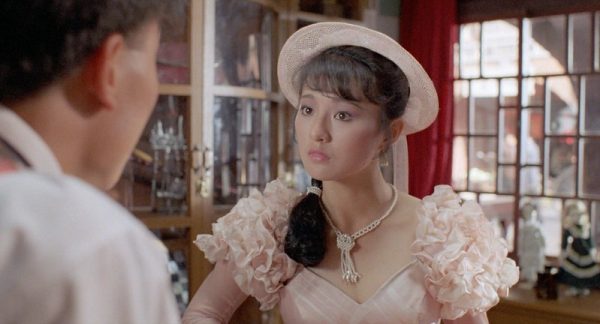 However, due to Yam’s father originally dying in anger and Master Gau’s assistants discovering a bad omen in the cemetery, Mr. Yam Senior (Wah Yuen) comes back from the dead in Master Gau’s mortuary as a vampire, setting the scene for plenty of undead kung-fu mayhem.

And there is plenty of it as after the initial setup the film goes into overdrive as vampires are kicked, staked and set on fire in some brilliant displays of martial arts choreography. In fact, the energy of this movie is so high that the secondary plot of a beautiful female ghost who seduces one of Gau’s assistants feels like a bit of unnecessary padding that threatens to stop the flow of the simplistic main plot, that being two incompetent fools and their master up against a vengeful bloodsucker and the hilarious scrapes they get into. Thankfully, it doesn’t stray too far down that path but the momentum does slow down a little in what amounts to a separate story that could have been told elsewhere. 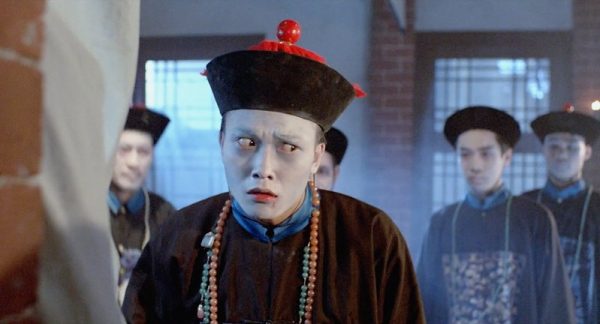 The design of the vampires themselves is very striking, their blue faces and having them hop around with their arms outstretched admittedly looking a bit too comical but once you factor in the nuggets of Chinese folklore that Mr. Vampire peppers into its story and also take a wider look at Hong Kong horror cinema to see how many stories follow similar patterns and ideas, and the horror elements of Mr. Vampire don’t seem quite so silly, although watching Mr. Yam Senior getting his arse kicked by Master Gau and his boys does dampen the terror but is never less than totally entertaining.

The 2K restoration of the movie looks great, with a bit of grain here and there but the lighting and colour schemes pop out of the screen at the right moments and for the most part the image is crystal clear and looks like it could have been filmed at any time during the past 35 years. The disc has the original Cantonese audio but also comes with two English dubs, one for the original European home release and one for the American, and it works surprisingly well with the manic action on the screen, being suitably naff when it needs to deliver the comedy, which is most of the time. There are also archival cast and crew interviews, an audio commentary with Asian cinema expert Frank Djeng and initial copies come with a collector’s booklet and an O-Card slipcase featuring new artwork by Darren Wheeling. It is quite the package that Eureka has put together for Mr. Vampire’s Blu-ray debut and the movie itself is certainly worthy of such a top notch polish. 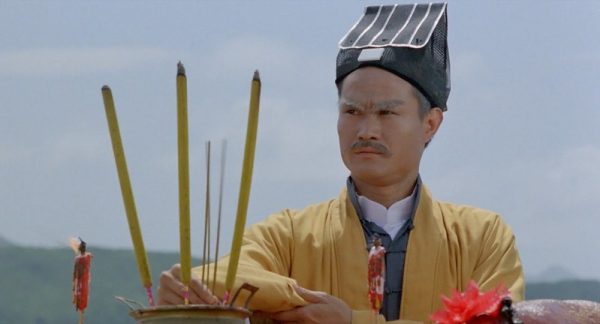 If you have yet to experience the joys of one of Hong Kong cinema’s most enduring and influential movies then this definitive package is a must-have purchase. Hell, even if you are a fully invested Hong Kong cinephile then buy it anyway as you’ve probably never seen the movie looking quite so pristine. Either way, Mr. Vampire is tremendous fun, full of atmosphere, funny and exciting in all the right doses.