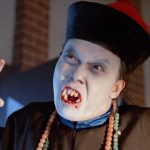 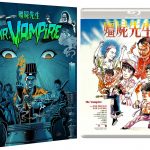 Eureka Entertainment releases MR. VAMPIRE, Ricky Lau’s influential and genre bending horror-comedy, presented from a brand new 2K restoration making its worldwide debut on Blu-ray as part of the Eureka Classics range from July 20th, and we’ve got three copies to give away! One of the most genre-defining (not to mention genre-defying!) horror-comedies imaginable, and […]