DC Comics releases Justice League #48 this Tuesday, and we have a preview of the issue for you here; check it out… 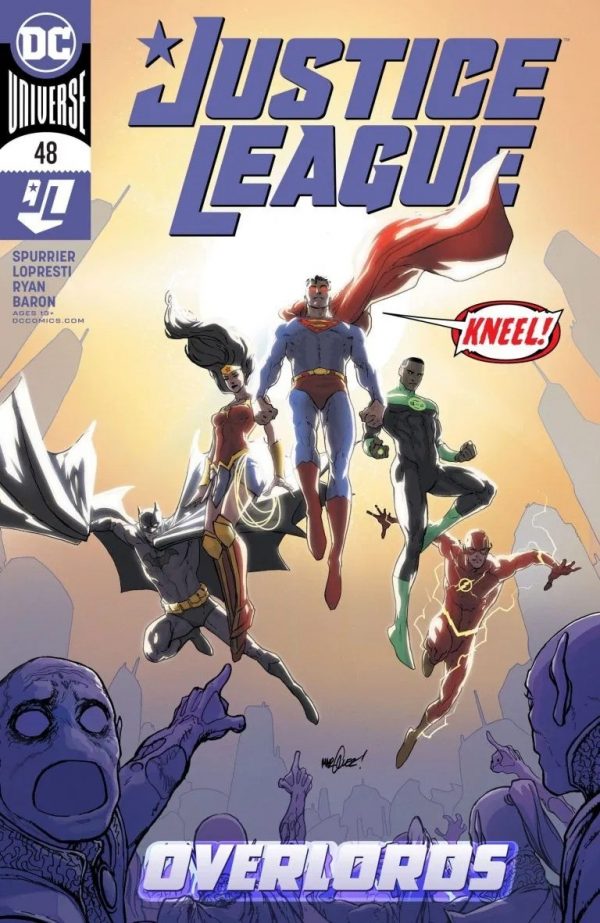 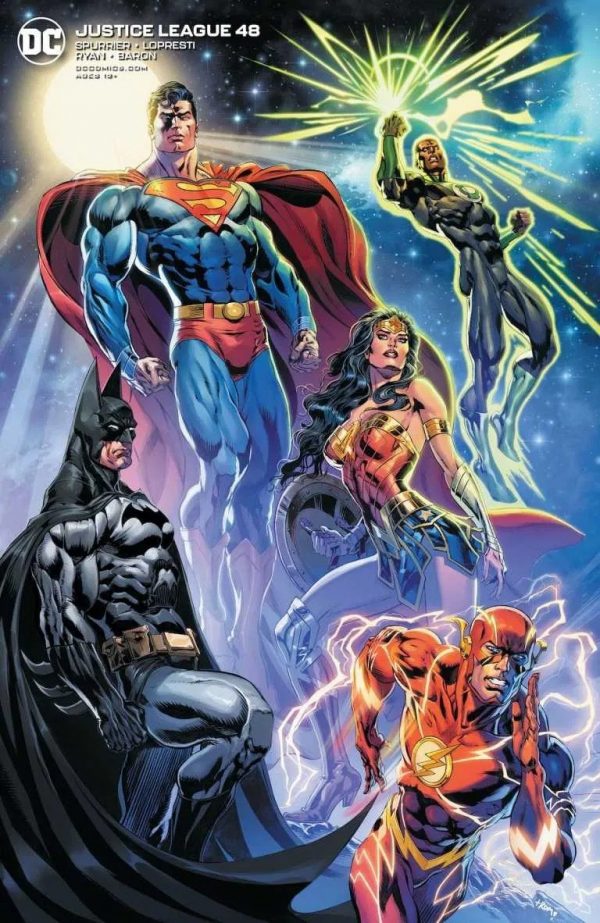 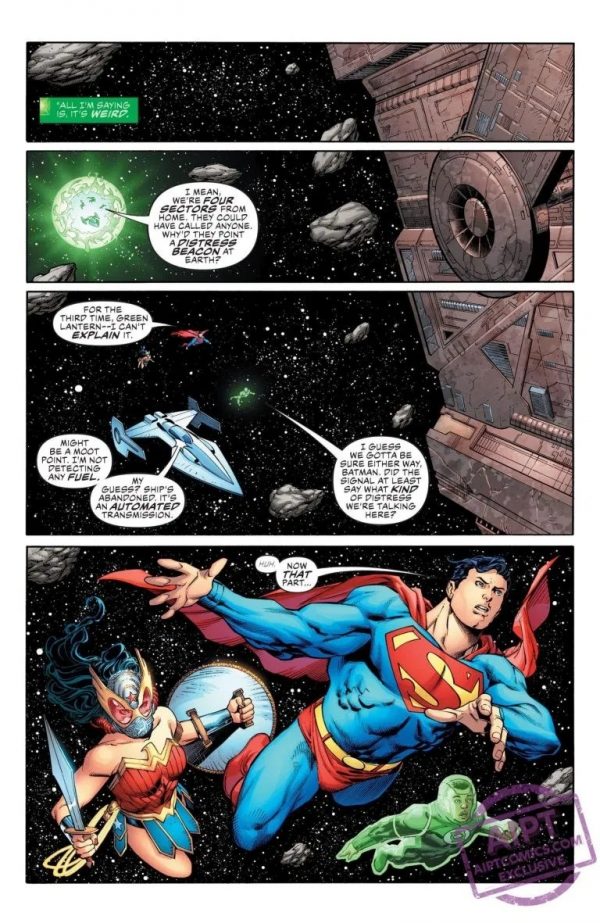 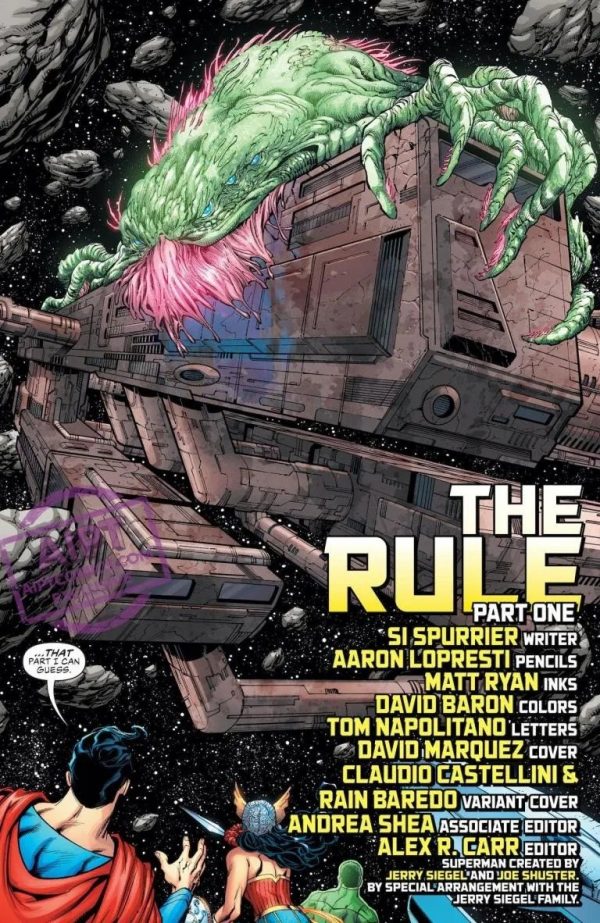 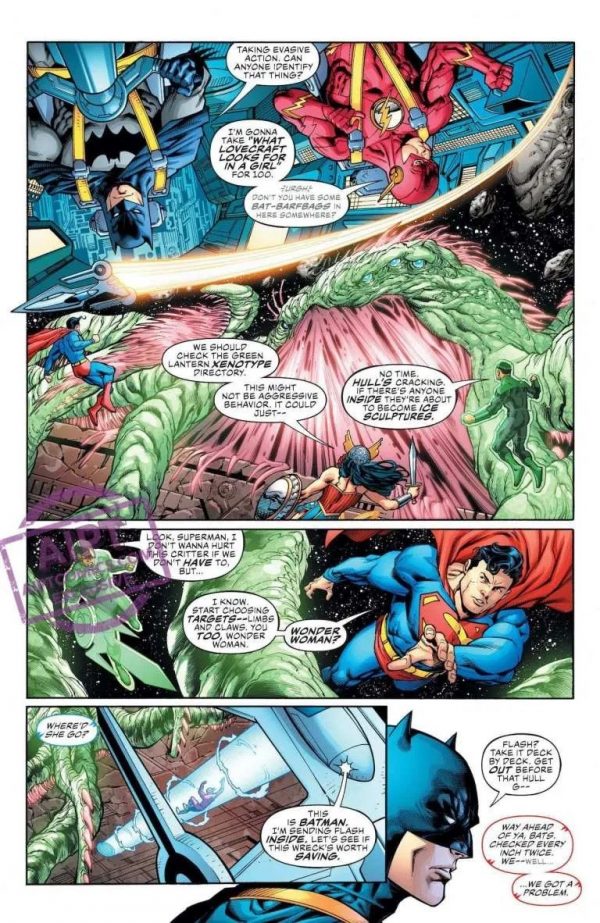 As writer Simon Spurrier jumps on board for the start of the three-part tale “The Rule of War,” it’s close encounters…of a Justice League kind! After answering a distress signal from distant space, Batman, Superman, Wonder Woman, the Flash, and Green Lantern discover an abandoned cargo ship full of young aliens! When the League attempts to return the children to their home planet, they are met with awe, terror, and war! Thus begins a three-part storyline that will take the League to a previously unknown planet, with an all-new species, a dangerous mystery, and a new, otherworldly villain.