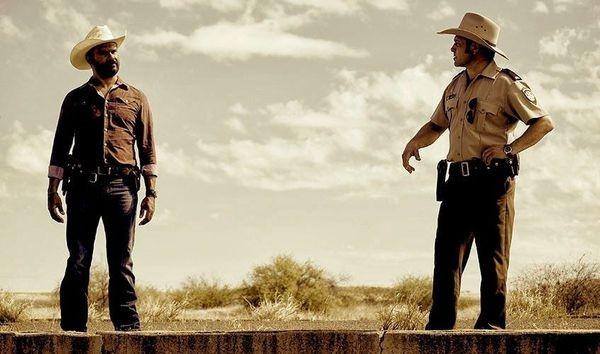 The Western has evolved through the decades. Period Westerns grew out of fashion by the 70’s, whilst crime thrillers would occasionally take on well known Western tropes. All those kind of tropes of lawman vs lawless, the expansive scope cinematography, guns, rifles and occasionally even stetsons, have proved popular in films set away from the Wild West time (and place). Of late, the modern contemporary western in Hollywood has fallen out of fashion somewhat, with a few examples of success in the likes of No Country For Old Men and Hell or High Water. One place where they still tend to be pretty popular though, is in Australia. There have been a great many examples of modern period Westerns and contemporary Westerns come out of Australia this century certainly, and those Oz film-makers have shown a particular skill at crafting some great, slow burning thrillers. The Proposition, more of a period setting was a great example as well as Sweet Country. The Australian landscapes, loads of outback or open planes, dry desolate expanses of land, look great on film. That laid back mentality of out of City inhabitants, working well with slowing the pace of a film to make it magnetic and engrossing. Even in contemporary settings there’s still the ability to find worlds which feel from a different era.

So lets take a look at two of my particular favourites of the last decade. 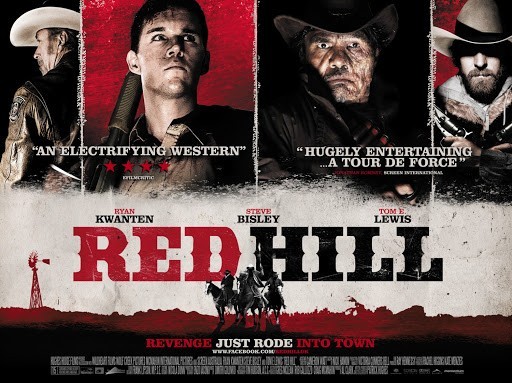 This revenge tale seeps atmosphere and takes an interesting angle by having the avenging force as the antagonist of the piece (Tommy Lewis). Our hero is a former City cop (Ryan Kwanten), injured in the line of duty and starting a new life in a town that in theory should be sleepy and devoid of situations that will leave him close to death again. It’s not long before word gets out that Jimmy Conway (Lewis), a convict in jail for murdering his wife, has escaped jail. Something has the local cops on edge and they full expect Conway to head back to town. There is of course more to this story than meets the eye and Cooper (Kwanten) finds himself thrown into a cat and mouse situation with corrupt new colleagues and a seemingly unstoppable force of nature looking for vengeance.

Red Hill, written and directed by Patrick Hughes is loaded with classic Western formula, stunning photography and loads of gruff, drawling, intense performances from its support cast (notably Steve Bisley). Kwanten has wondered into a place outside of his understanding as a modern cop from the big smoke. His notion in justice differs with his new department, and as he begins to dig into the motives of Conway, he’s at odds with his team. 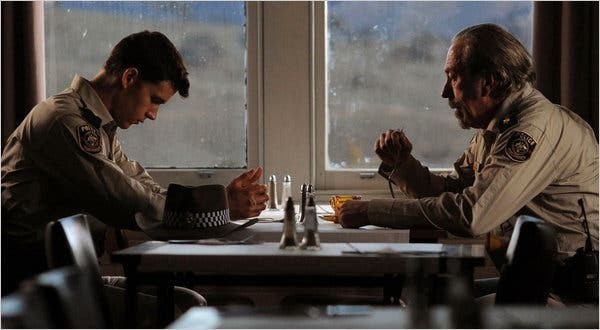 As lead Kwanten is excellent. He’s vulnerable and he finds himself in a situation he never wanted to be in having left the crime infested world of City life. He’s now in more immediate danger than he ever was before, and at the heart of it, he wants justice to be served as the moral backbone of the story. Whilst the film has moments which stretch the imagination somewhat as Conway becomes almost Terminator-esque, this still very much adheres to genre convention and uses atmosphere to great effect in building tension before set pieces burst into action. It’s crafted with great assurance and edited beautifully too. Having made Red Hill, and stepped up almost immediately to the big time as director of The Expendables 3, Hughes hasn’t really had the kind of projects his talent deserves. As a young director under the powerful gaze of Stallone and a producer like Avi Lerner, Hughes couldn’t get a vision across in a film that seemed like a messy hodgepodge of predominantly star and producers vision. That was a real shame, because Red Hill feels very intimately like a directors film, with a vision of an old story told impeccably well.

As you expect in this kind of film it builds to a big climax which doesn’t disappoint and there’s enough complexity in our hero and the films villain to provide interesting characterisations. Red Hill was a surprise film for me, which I’d only sought out originally because Hughes got the Expendables gig. It gave me great hope for that, and whilst dashed, I’d certainly love to see Hughes get back to some indie genre fare, where he can put across his own vision more clearly without too many studio hands diluting what he wants to say. 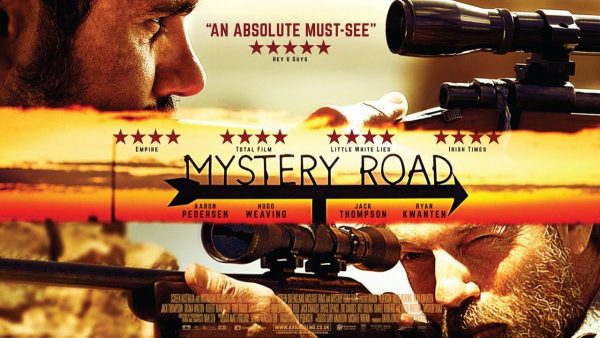 Mystery Road sees an aboriginal Cop returning to his old hometown after working in the City. He’s back in a divided community, where crime and corruption seems rife, and his own aboriginal community are lumbered into an existence that makes escaping criminal paths difficult. Immediately tasked with investigating the death of a young girl found near the side of a desolate road (renowned for being a spot where Truckers take young hookers), it becomes increasingly clear that he’ll get no support in the case, and the police aren’t really too bothered whether it gets solved or not. He begins digging, and finding more than he bargained for.

Mystery Road is very deliberately paced. It’s on surface a classic Western tale. The setting is modern but at the same time feels old world as the inhabitants are stuck in old ways. It all builds to a classic Western finale once he uncovers the perpetrators of this murder (and of other girls). The real interest in Mystery Road though lies in its look at racial and class divides within this particular society (which is certainly prescient in wider societies too). There’s this interesting dynamic for this cop who isn’t respected or trusted particularly by his white peers, and within his own community he’s seen as a betrayer, now working for the cops. As he questions one character he’s asked quite bluntly, ‘Don’t you ever get sick of arresting your own kind?’ He’s dealing with closed doors as he tries to unearth why this girl was killed, and likewise he’s brought back in touch with his estranged ex-wife and teen daughter, both of whom have respective and dark issues. 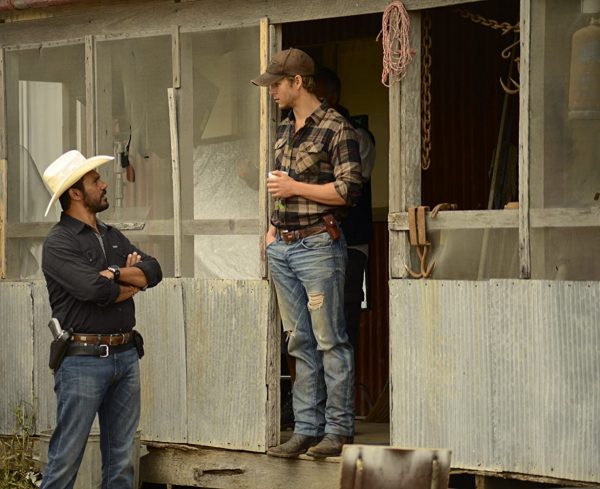 These interesting conflicts and cultural insights make the film inherently more interesting than standard genre fare (and more so than the more linear Red Hill I will say). Those expecting more shootouts and action may be disappointed, but at heart this is foremost an intelligent and gripping thriller all about the unsaid. There are great dialogue exchanges which are wound tight with tension that see Jay (Aaron Pedersen) and other characters keeping their true feelings close, but making things pretty clear at the same time. There’s great dialogue sequences between Pederson and Ryan Kwanten (in an antagonist role here) as well as a few with Hugo Weaving whose motives and morality are ambiguous.

Mystery Road was a hit, and greeted with a lot of critical acclaim. Rightly so. Jay Swan is played with stoic, subtle enigma by Pedersen and is never less than a magnetic character. He’s well supported by a vast array of prime Oz talent such as David Field, the aforementioned Kwanten and in particular Weaving who remains an exceptionally underrated character actor. As great as he is as Agent Smith in his most iconic role, or indeed in Lord of The Rings, he’s done more interesting character work in his native homeland and he’s fantastic here. His character is distinct, charismatic, and perched between good and bad, leaving the audience to guess which side he stands. Weaving is great in this type of playful ambiguity and it’s a support turn that manages to steal scenes with aplomb. Writer/director Ivan Sen’s vision is distinct and very clear, and his auteur vision is all over a film where he also acted as editor, composer and cinematographer. It’s sterling, masterful work in a brilliantly gripping and complex thriller. The film is absolutely stunning to look at too. Beautiful photography of harsh desolate sun-drenched lands, sunset/rise colours and evocative darkness, all of which wonderfully frames the characters with a real intense stillness. 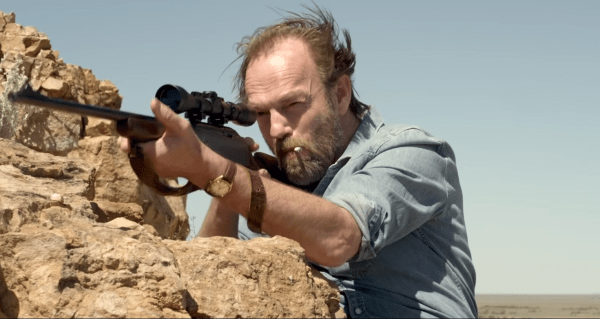 As a character, Swan, who was so interesting and exceptionally played by Pedersen would later return in a sequel (Goldstone) as well as a TV series spinoff, both of which I will be seeking out. Have you seen Mystery Road or Red Hill? What’s your favourite modern Australian Western? Let us know your thoughts in the comments below or on our Twitter page @flickeringmyth…