Jack Cunningham (Ben Affleck) was a high-school basketball phenomenon who walked away from the sport when he had the world at his feet. Years later his very future may depend on getting one last shot at redemption as the coach of his college team. 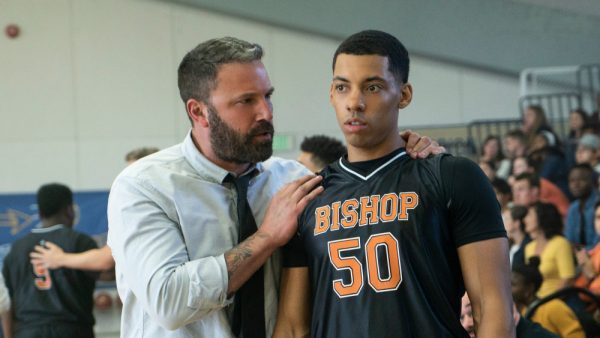 Called off the court just before it was about to be released in April, Finding the Way Back might actually benefit from the enforced layoff. In that time the wider world has discovered the drama inherent in basketball while bingeing Chicago Bulls documentary series The Last Dance. Gavin O’Connor’s reunion with his The Accountant MVP, Ben Affleck, succeeds in a similar fashion by being a sports film that’s not really about knowing your double-dribble from your dunk. Instead it’s a deeply moving showcase for Affleck to remind us what a great actor he can be.

Remember that speech in Good Will Hunting, where Affleck’s character is admonishing his brain-box best-friend for taking his abilities for granted? Well, here it’s as if Affleck is channelling that persona all these years later. He’s working construction, stuck in a routine, his own chance to excel left in the past, alongside tragedy, poor decisions, and mountains of beer cans.

It’s an incredibly raw performance from Affleck, one clearly drawing parallels with his own struggles. He’s an actor with a real knack for using a passive everyman routine to conceal the pain simmering beneath his giant frame. It’s a juxtaposition that works really well here. Moments in which his brittle vulnerability are exposed hit the hardest; drunkenly laughing as he manages to get to his feet in the bar, his confession that he “never stopped being angry”, or a final reel conversation with his estranged partner, all cause a little bit of ache in the heart. His performance is heightened by the way O’Connor frames the film. He almost shoots his leading man like a vampire, accentuating the beautiful but harsh shards of light that bounce around the edges of buildings and over the skyline, forcing Affleck into the shadows, as if pained by being exposed to them, before the temptations of nightfall lead him to the bottle.

Rob Simonsen’s score also does a lot of the emotional heavy lifting to compliment the drama; a piano laden swoon through melancholy and sadness that’s among the very best of the year.

As for the basketball element of Finding the Way Back, it’s a familiar list of plot beats from Dangerous Minds through to Friday Night Lights, but that doesn’t mean O’Connor doesn’t execute the plays effectively. The match footage is kept to a minimum, largely reduced to montage, but there’s still enough stoppage time to have a few goosebump inducing “sweep the leg” moments with a team largely made up of recognisable against-the-odds archetypes.

A little like watching a re-run of one of your favourite events on a vintage sports channel, there’s not a lot that’s new in Finding Your Way Back, but with an awards-worthy, thoroughly authentic turn from Affleck, and a big beating heart to be mined from the drama, it’s an undeniable triumph.