Warner Bros. has released a new poster and trailer for Gavin O’Connor’s upcoming drama The Way Back which reunites him with The Accountant’s Ben Affleck as a former basketball prospect who sees a chance for redemption and a way to pull his life from a downward spiral when he is offered a job coaching a […] 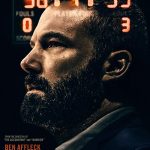 Warner Bros. has released a poster and trailer for The Way Back, which reunites director Gavin O’Connor with his The Accountant star Ben Affleck. The film sees Affleck playing Jack Cunningham, a former basketball phenom who sees a chance for redemption after his life spirals out of control due to his alcoholism, when he is […] 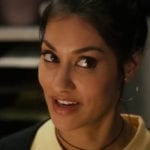 Deadline has reported Janina Gavankar (Blindspotting) has begun final talks to star in the sports drama Torrance opposite Ben Affleck. If the deal goes through, she will take on the role of Affleck’s ex-wife in the film, which also stars Al Madrigal (Night School) and Sal Velez Jr. (Mayans M.C.). Torrance, also known as The Has Been for […] 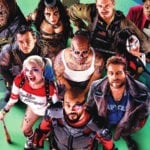 Yesterday it was revealed that Guardians of the Galaxy director James Gunn is heading to the DC Extended Universe to write – and potentially direct – Warner Bros. and DC Film’s Suicide Squad follow-up. The news came as a surprise, not least because there’d been no word as to the departure of The Accountant helmer […] 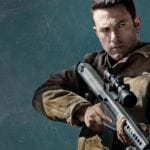 With Warner Bros.’ Suicide Squad 2 pushed to the back burner in favour of the DC girl gang movie Birds of Prey, director Gavin O’Connor has turned his attention to The Has-Been, which – if deals are closed – will reunite him with The Accountant star Ben Affleck. Scripted by Brad Ingelsby (Out of the […]

As Warner Bros. continues to shake up its slate for the DC Extended Universe, the studio has added a new name to Suicide Squad 2. Michael De Luca has joined the film as a producer, partnering with Charles Roven to craft the sequel according to Variety. Roven will remain the lead producer on the film and […] 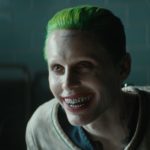 After approaching the likes of Mel Gibson (Hacksaw Ridge) and Jaume Collet-Serra (The Shallows), Warner Bros. finally found its director for Suicide Squad 2 last month in Gavin O’Connor (The Accountant), and now Suicide Squad star Jared Leto has shared a few words of praise for the filmmaker. “I think Gavin is incredibly talented, he […]

It seems Warner Bros. and DC’s search for a director to Suicide Squad 2 may be over. Deadline has reported that the studio has chosen Warrior and The Accountant director Gavin O’Connor to write and direct the supervillain sequel. He will write the script with Anthony Tambakis. There’s no word on when the pair will begin development, but it probably […]

Warner Bros.’ DC Extended Universe suffered another setback this week as Ben Affleck became the latest director to bail on a DC Films project, with Affleck opting against helming The Batman in order to “find a partner in a director who will collaborate with me on this massive film.” With the official announcement came reports […]

According to Deadline, Gavin O’Connor (Warrior) has signed on to direct the upcoming World War II drama Atlantic Wall for Imperative Entertainment, while Bradley Cooper (War Dogs) is on board to star. The film’s script, written by Zach Dean, found its way onto the 2015 Black List, which is an annual list of the best […]