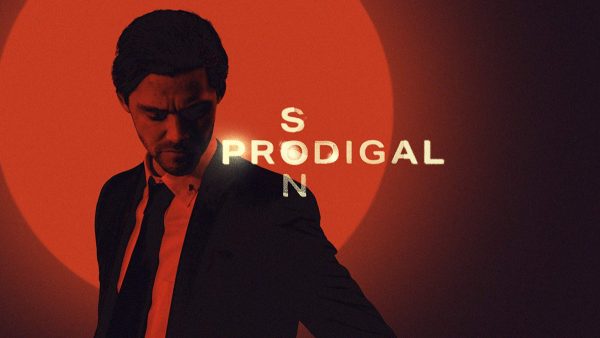 This twist on a psychological drama is the brainchild of Chris ‘DC’s Legends of Tomorrow‘ Fedak and Sam ‘The Love Guru‘ Sklaver. In terms of unlikely collaborations it sits up there with Bing Crosby and David Bowie doing a Christmas single. In actuality what springs from this team up is a fresh and vibrant series grounded by two dynamic performances. Taking a leaf from masterful examples of the genre Prodigal Son tips a hat to everything from Michael Mann’s Manhunter to David Fincher’s Se7en. In the process it also pays tribute to Jonathan Demme’s Silence of the Lambs whilst lifting its central narrative set up from House.

Featuring Michael Sheen and Tom Payne in the central relationship this polished family drama is peppered with sharp dialogue, inventive twists and principles who excel. Payne and Sheen bring a believable intellect, notable behavioural quirks and an uneasy charisma to these people making their scenes unpredictable. As incarcerated serial killer and estranged son respectively these writers have been able to subvert expectations, imbue situations with elements of dark humour and make Dr Martin Whitly sympathetic. 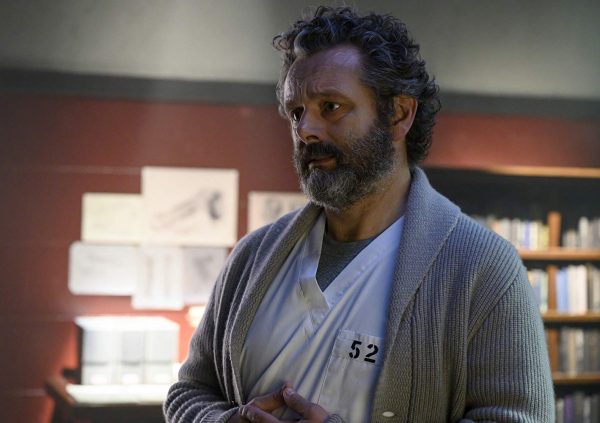 Tethered to a wall, surrounded by the trappings of wealth and influence even behind bars, Sheen is mischievously unhinged and savagely intuitive. As the absent father figure in a family with more skeletons than most he orchestrates without overtly interfering. Between that and Payne’s Malcolm Bright personified through night terrors, bedside restraints and prescribed addiction, Prodigal Son quickly becomes riveting television. Ably supported by Lou-Diamond Phillips, Halston Sage and Bellamy Young this leftfield piece of entertainment consistently delivers on the promising first episode.

Production values are high and  murders intentionally gruesome whilst chemistry between our cast builds over time. Pickled body parts, darkly disturbing revelations and bleak moments of comedy are all in attendance making Prodigal Son compulsive viewing. Formula is quickly established which means binge watching could lead to boredom, but Fedak and Sklaver have made allowances for this by focusing elsewhere. 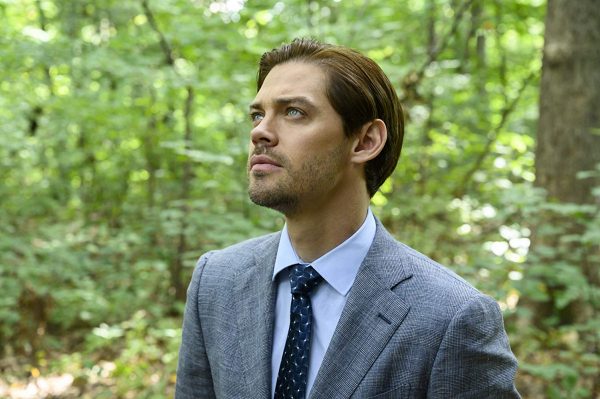 Audiences keep watching not for the capture of each grizzly perpetrator, but to experience those little family moments which are drip fed into every episode. Complexities are implied through the judicious application of flashbacks, dream sequences and nuanced gesture between cast members. Personal relationships if written well and acted with passion supersede any amount of visual flourish unless they add to character. This is something which the show as a whole does very well with one exception. Halston Sage as sister and daughter Ainsley Whitly is woefully underwritten in a paper thin role, which after several episodes sees little or no character arc emerging.

Beyond that the show, which is overseen in part by uber producer Greg Bertlani, builds on Hannibal, incorporates elements of Dexter and gives Michael Sheen another chance to shine. Part sociopath and part psychopath with flashes of reasoned psychosis beneath the amiable intellect, this is a tour de force in dysfunction from an actor in his element.