Giancarlo Esposito, the actor behind Moff Gideon in The Mandalorian, has warned Baby Yoda that he shouldn’t let himself be caught in season two. 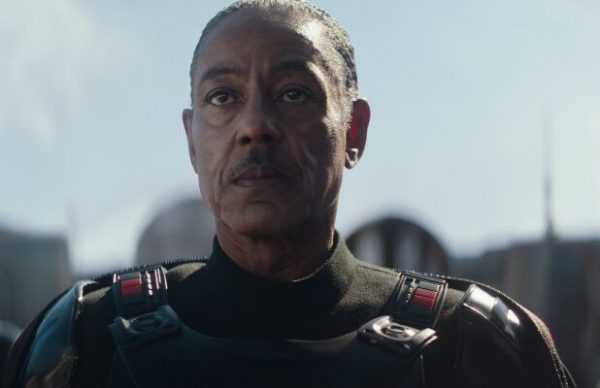 Season one ended with the Mando and Baby Yoda escaping the clutches of Moff Gideon but setting up a much larger and more dangerous pursuit in the second season.

We know Gideon is in possession of the fabled Darksaber and is a force to be reckoned with but now Giancarlo Esposito, the actor behind Gideon, is issuing a stern warning regarding Baby Yoda’s safety. Putting fear into fans of the adorable little creature, Esposito told Entertainment Tonight:

“Look, you know, being on the set with this baby… We’ve all as cast members, Werner, myself, Pedro, have all said some different things about this very very irresistible Yoda. I knew the first time I saw him he was gonna be the star of the show. I was like, I just reminded myself – do your part, play nicely in the sandbox, because it’s the cutest baby ever. I got to be honest with you, and righтfully so. […] So to be tied to this baby is great, just don’t let me catch you in season 2. […] I just want to spend all my time with him, so as close as I can get, I will get. And believe me, I’m good at getting close.”

SEE ALSO: Giancarlo Esposito teases that Moff Gideon could be force sensitive in The Mandalorian season 2

So, Esposito clearly finds Baby Yoda as cute as the rest of us but Gideon will certainly have nefarious plans for him if he should get caught. Let’s hope our heroes can stay one step ahead!