Tom Jolliffe looks at the upcoming comedy Guest House, which sees a significant return to film for Pauly Shore… 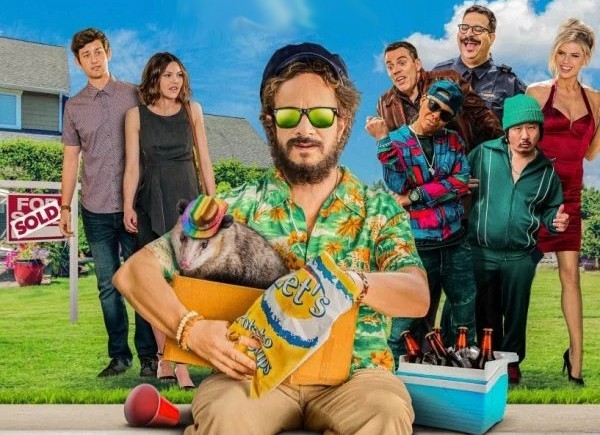 2020 has been a strange year. Kanye West is currently running for President. A guy ate a pangolin which may or may not have caused an pandemic (depending on which theory, or conspiracy theory you believe). It’s been bizarre and unexpected in many ways. Nicolas Cage is going to play Joe Exotic. Tara Reid is going to play Carole Baskin. The fact that those castings are such big news, and a show about the owners of Tiger sanctuaries in long running dispute is a pop cultural phenomenon, is also bizarre in itself. So just what else could 2020 bring with it? Well for starters, there’s a new stoner comedy coming out. Now it’s not a huge release. Expect this to hit digital platforms and not the big screen, but Guest House, which looks like a comedy of yesteryear (and this will be a good or a bad thing depending on your tastes and recollections of early-mid 90’s late night comedy films) will star one Pauly Shore.

Anyone under 30 right now may be scratching their head and wondering who I’m talking about, but in the early 90’s, among a plethora of young new dudes rising to take a comedic platform (including more successfully, and longer lasting, the likes of Adam Sandler and David Spade) was Pauly Shore. He was nicknamed ‘the weasel.’ References to the nickname were often worked into his films. ‘I’m the weasel…’ Like many stars of comedy he got his start in stand-up. Then he got his own show on MTV, Totally Pauly. As studios were keen to push and promote new comedic talent, he was promoted as a new comedic star. For a run of about five years in the early to late 90’s he starred in a string of films. They didn’t do particularly noticeable theatrical business in the UK, so I firstly noticed Shore in video stores and through a friend who, every few months would be renting a new Shore film (there was a stretch between 92-97 he was pretty prolific). In all honesty that friend tended to enjoy the films more than I did, but I still kind of got into watching each new opus. 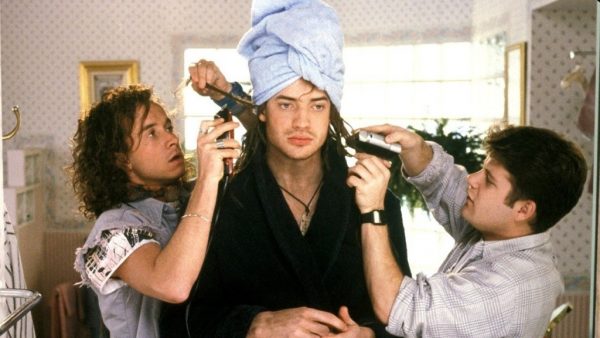 The first major one I recall was California Man (the UK title, in the US it is Encino Man). Shore’s co-stars Sean Astin and Brendan Fraser would go onto have a longer lasting impact on mainstream cinema certainly, but Shore seemed to strike a chord with some audiences, almost as many as he seemed to put off others. Let’s just say that his routine was an acquired taste. Shore’s characters would be consistent through most of the films, a kind of quirky slacker, a little bit dim. Always rubbing authority figures up the wrong way. Alongside Astin, who played the straight man to Shore’s more overt tom-foolery, the balance worked (Encino Man is still a lot of fun). Whereas in Bio-Dome, Shore is partnered up with Stephen Baldwin, playing someone just as slack jawed and dim. As a pairing in Bio-Dome, Baldwin and Shore made Bill and Ted look like Neuroscientists.

Bio-Dome also happened to star Kylie Minogue, whose film career isn’t noted as being a high point in her life story so far. Often used as a case in point for mid-90’s comedy barrel scraping, Bio-Dome was greeted with critical derision and touted as one of the worst comedies of the decade. In time it’s grown a certain cult appeal, but not without a dash of an ironic gaze in the viewer. Given Minogue also starred in Van Damme’s Streetfighter, it’s quite something that Bio-Dome takes the title of her cinematic low point (that said, I do count it as a guilty pleasure). Interestingly, in comparing Encino Man with Bio-Dome you essentially have the bookends to Shore’s cinematic appeal. Encino Man was a success, whilst Bio-Dome was something of a flop, and the beginning of the end. In between those two Shore made In The Army Now (you can guess that this comical riff on Full Metal Jacket sees Shore in a pitched battle with his superiors). If you think Shore alone had the potential to annoy audiences, the combination of him and Andy Dick was a definite love/hate affair. That said, I watched this again a few years back and still found it quite entertaining for sheer goofball theatrics. 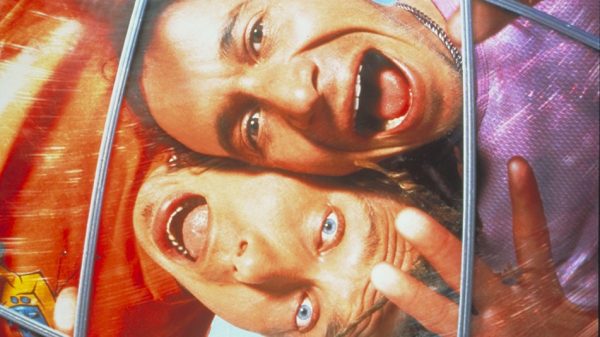 With Shore it became a case of comical situations that they could put him in. Army? Sure. A Bio-Dome? Okay. Pauly Shore on Jury Duty? Yeah okay. You can almost see the Execs pitching them. Execs overseeing the Ernest P Worrell franchise probably had a similar approach. That said, Ernest Goes To Africa was not a good pitch and definitely should never have been greenlit. At least Shore never went to a concept that should be fired into the sun in 2020. Son In Law as a Shore lead film probably remains his master opus as the culture clash aspect of a city slacker and rural farming family and the locals accounts for much of the films humour.

So now Shore is back after over two decades consigned to voice work, cameos and a little seen film, Pauly Shore is Dead (written and directed by the man himself). Is the world ready? Indeed, we’re getting Bill and Ted back, whilst David Spade films have had something of a greenlight resurgence on Netflix. I’ll let you decide whether or not it’s a good thing, but it would seem Shore has enough credit in the bank that he been given a primo Shore role in 2020. Whether his antics truly worked back then will be down to just whether you found him affable or annoying, but he played 20-something slackers unable to adjust to adult life. Will that translate to an actor (and thus character) in his 50’s now? The Guest House trailer looks every inch the 90’s Shore film. Time will tell if it’s a brief swansong for Shore, or the beginning of another slew of comedies. 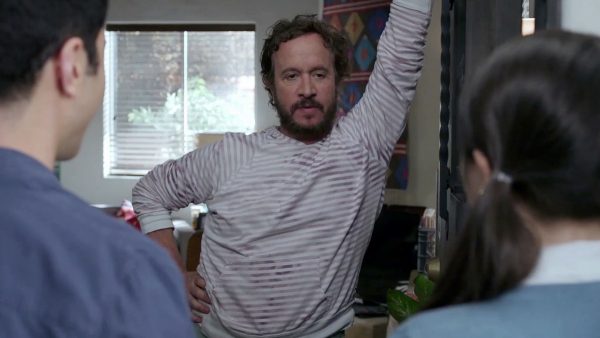