Stuart Carolan is a playwright and primarily known as the creator of Dublin set gangland drama Love/Hate. With The Alienist he was able to indulge his passion for history, build on lessons he had learned spearheading that breakthrough drama, whilst welcoming us into a world of his creation with Angel of Darkness. As season two concludes this Sunday, he took time out to talk to Martin Carr about his involvement and why becoming showrunner for this project made sense. 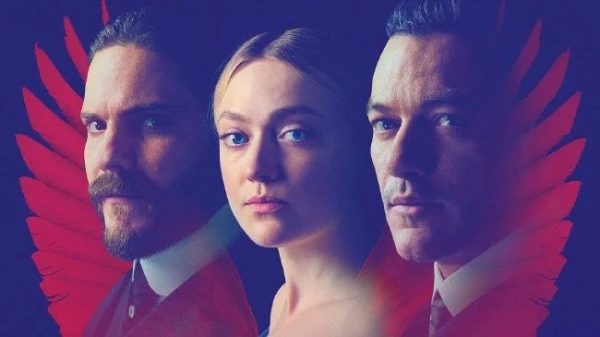 What were the key factors which influenced your decision to become showrunner for season two?

I had worked with Rosalie Swedlin (producer) before and pitched for it over a Zoom call with TNT, Paramount and Anonymous. For me it really was an unbelievable opportunity to explain how I would approach this project. It was attractive because I had previously read The Alienist and seen the show, so the thought of working on it was just incredible. Firstly you have these three actors who have this amazing chemistry together and for me when I initially watched The Alienist it also just felt like time travel. The thing that blew me away about the first season was curiously the opening sequence, when you see construction of The Statue of Liberty and then that shot of The Williamsburgh Bridge. I studied history in college and have sort of an obsessive interest in the subject anyway, but for anyone who has ever been to New York knows, that reputation is well deserved. I also really liked the book and thought it was lots of fun with those Sherlock Holmes elements just transporting you back to New York at that time.

To what extent did that personal interest in history forge a connection to the source material for you?

Part of the joy was being able to do this kind of research. Firstly it’s kind of historical pastiche, so it’s not a hundred percent accurate but we tried as far as possible to remain faithful. The areas we went into were just so interesting just looking at newspaper row, Hearst and that ‘gilded age’ of parties and society balls. That also encompassed the suffragettes, black and tan bars and executions of the time which all just involved a great deal of research. What I also found fascinating was looking at real life historical figures such as Thomas Byrnes, who I felt this connection with because of his Irish ancestry.

What was interesting is that Thomas Byrnes is in The Alienist novel but not Angel of Darkness. In our show he is a combination of Thomas Byrnes the real life police commissioner which Caleb Carr based him on, plus the character created by actor Ted Levine. For Angel of Darkness we had to create ways to bring him in which involved going back to source material on the man himself. There is a biography on him but also he wrote books at that time and pioneered our idea of a rogue’s gallery. What was interesting from an emotional point of view and character perspective besides creating this nemesis for our three main protagonists, is that he would have left Ireland at the height of the great famine. He came to New York as a boy, his father was a drunk while his mother worked hard. His two sisters went into service and he educated himself before becoming a policeman. Later in life he was corrupt, but also proved instrumental in saving young black orphans during the race riots in 1863. Given that background when it came to the show despite his function as a dark character, you owe something to that reality just to provide more depth. Which is what we did not only with him but most of these characters, again mainly from biographies and first hand material which is what makes researching this period so pleasurable. 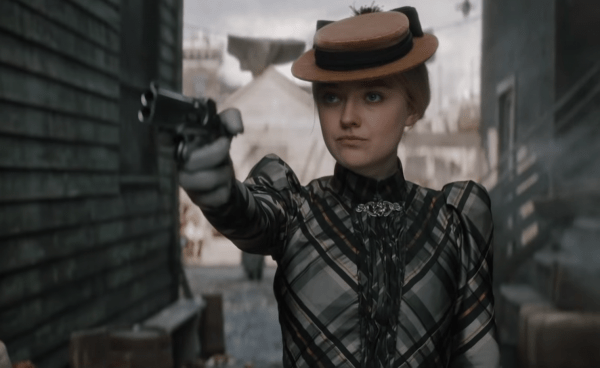 Bearing in mind all that historical context, how did you go about maintaining the balance between story and character in season two?

With this there are things which work really well. Firstly there is that chemistry between our three main characters, then you have these murder mystery elements which include finding the child and finding our murder. It was all about trying to bring everything into the ‘A’ story in some way. If you look at it we connected the hinterland of each of our main characters together so that it linked back to our main plot. With John Moore we actively have him working as a journalist at The New York Times, then we brought in the notion of William Randolph Hearst and this fictional god daughter Violet who is engaged to him. This then puts us squarely in the world of yellow journalism in terms of real characters, which ties in with the missing baby.

Then we looked at Cyrus and wanted to give him more agency so he was given his own bar, which is based on establishments of that time. Underpinning this was a particular historical reference to someone called Thomas Downing, an African-American abolitionist who started an oyster bar in the 1820s and became very famous. That bar is in the duster area which ties us into the criminal gangs, while Joanna was introduced last year and is not in the book. Again, that is part of Cyrus’s hinterland and we wanted to bring her into the ‘A’ story so John gets her a job at The New York Times. We are taking a little bit of artistic licence there, because the first African American woman to work in The New York Times would have been the 1960s. For that we looked at Ida B Wells who was writing for the Chicago Inter-Ocean paper during the 1890s, which was a white paper but felt historically accurate. That in turn links us to the dusters through Cyrus and John Moore as well.

With Sara we created this detective agency which was more than just a building where other female investigators worked for her. However with Kreizler we had to alter things substantially as something quite different happens in the book with Paulie’s story. We felt that the child not surviving would be too dark given our ‘A’ story included similar elements, which would have made Kreizler quite passive throughout the season. Instead we decided to keep the closure of the institute but introduce a quid pro quo between Sara and Vanderbilt, which means it can reopen and Kreizler can actively be involved. With a lot of these things like Silence of the Lambs in terms of the book, film and screenplay, you want everything to link back. So that when it comes to the edit you don’t lose things which are emotionally important. 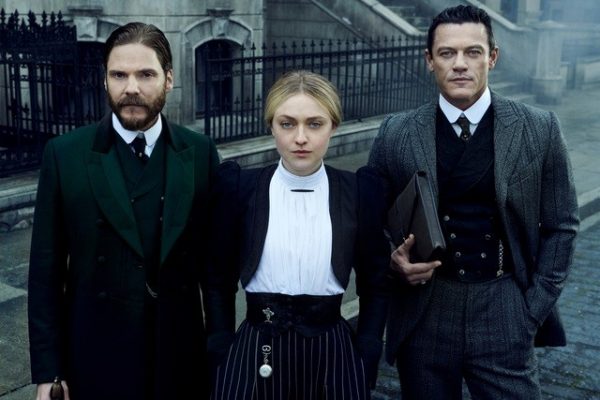 Bearing in mind you have written for stage and screen as well as the first two episodes of season two, how did the experience of writing for both mediums influence your creative process?

The television show Love/Hate I did in Ireland ran for five and a half years. Not only was I sole writer but it included a show running role as well. I guess doing that it was more guerrilla style but the issues remain the same. You need to know where you are going in every episode so those conversations can take place with all the HODs (Head of Department), but especially people like Ruth Ammon (production designer) so you know where that story is headed. We knew from the get go that the Lying In hospital would be a big feature in episode three and four, which also rings true for the society ball in episode four. What I learned before is the importance of advanced planning and the fun of being part of a team. Previously from being a playwright you think it is just about the words, but in truth that is just the beginning of any process. In theatre it is simply the words, the actors and a bare stage. With Angel of Darkness all the other elements are so important in making this world happen that it comes down to non-stop communication, having fun and inspiring each other. Which is exactly what we did and we were all really close, which I feel is pretty lucky. There were no reshoots and a lot of that comes down to that connection and the fact we really gelled with each other.

In a time when big screen experiences are few and far between, to what extent do you think shows like The Alienist fulfil that need?

I think what is amazing about The Alienist is just that feeling of being immersed in this world. Frequently when we talked about it there was this idea of wanting to be transported in a time machine, so everyone involved wanted to recreate that feeling from walking on the set. With the buildings, costumes, VFX and music I think it is a deeply immersive cinematic experience. I love books that take you to those places especially Harry Potter, which I remember buying in my twenties when they came out. Leaving a party at midnight to go down to Eaton’s on O’Connell Street in Dublin, then queuing up to get one. From that perspective I think we are all children underneath and like the notion of curling up with a book and getting lost in this imaginary world.  When we can do that on screen it is really joyful and I think The Alienist does that. 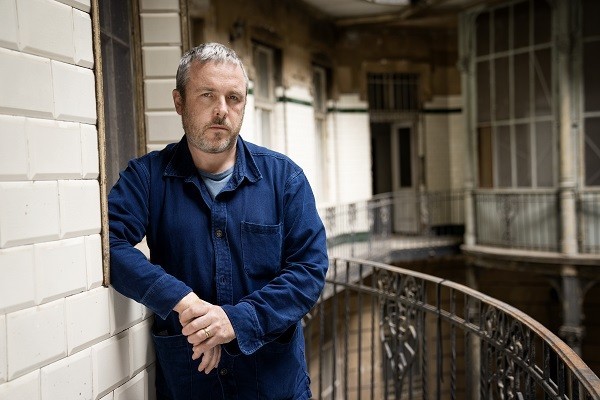 The definition of a show runner is someone with overall creative authority, how do you think that differs from a film director?

I think that what makes something successful is collaboration. When you are working with a big budget everyone needs to know what is happening, while the process itself is hugely collegiate and I don’t think it is ever one person’s vision. At each stage different creative people bring their ideas to it, so each time whether we are talking about the director, production designer or DOP (director of photography) each person brings something special with them.

What are your key considerations when it comes to signing on to any project?

With all these things you have to remember that you are starting in a sense with a blank page. I know that in the past I have become involved with something because I have a certain skill set. For example I know how to construct a story of x amount of episodes. However, I have found that this doesn’t always work although you can do that, but you really need an emotional connection into a world. If you don’t have that you can’t do it and this can be applied to anything. It can be source material, it could be an actor, phrase or feeling and often I think of it like a clearing in a forest.  There is nothing on the soil but if you are able to connect with this inner voice and go to that place of imagination, then these snowdrops start coming up. Ultimately you need the skill set and I think it is a craft like being a carpenter or a plumber, you need to have the knowledge.

Describe for me your perfect Sunday afternoon

It would involve family but also three other things. A cup of coffee, a copy of Saturday’s Financial Times to be read on a Sunday and then if I can go for a swim in the sea.

Thank you for taking the time to talk to Flickering Myth and take care.