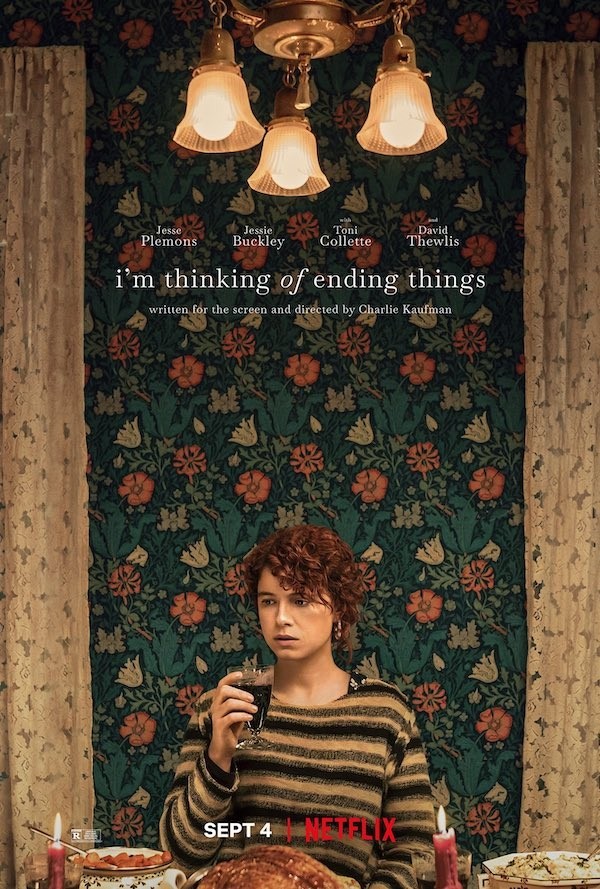 A young woman (Jessie Buckley) is thinking of ending things on the way to meet her boyfriend’s parents. 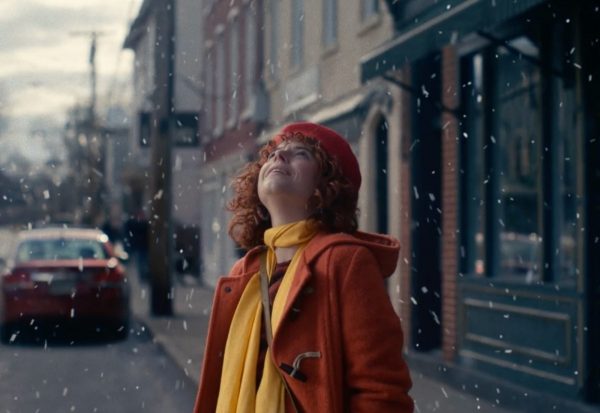 Charlie Kaufman has always used movie making as an intellectual exercise for his own benefit, disregarding convention and subverting expectations. In this road movie meet and greet the simple promise of introducing parents over dinner turns into something existentially challenging, which never allows audiences to get comfortable.

Anchored by Jessie Buckley and Jesse Plemons notions of storytelling are deconstructed, while conversations are simultaneously internal monologue and external debate. People age randomly, locations expand and shrink for no reason while philosophical notions take the place of small talk. Aided by Toni Colette and David Thewlis our central protagonists undergo innumerable inexplicable changes over the course of this film. Making these characters mere conduits for the preoccupations of a film maker trying to tackle larger issues. 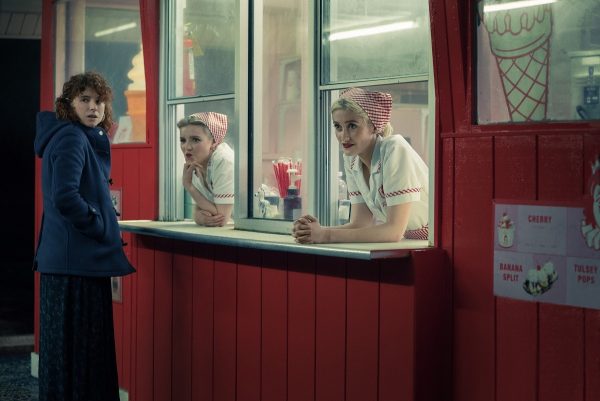 I’m Thinking of Ending Things is playfully creative, intellectually stimulating and expects audiences to work. Much of the pleasure is seeing Kaufman intentionally break screenwriting rules, delicately manipulate tone and indulge his own cinematic whimsy. There is no denying that all four principle players deliver exceptional performances, yet amongst them only Plemons has a name.  Confirming again that character identities are less important to Kaufman than the ideas they are being used to discuss.

However where it suffers slightly is in the pedestrian pacing which sees things drag on occasion. Beyond the sheer density of ideas explored on screen this is perhaps a singular failing of a film with such lofty aspirations. By intellectualising the notion of art through numerous mediums yet using cinema as his central platform, Kaufman manages to give us something which borders on arthouse. It only uses mainstream screenwriting mechanics as a reminder to audiences of somewhere they can recognise. 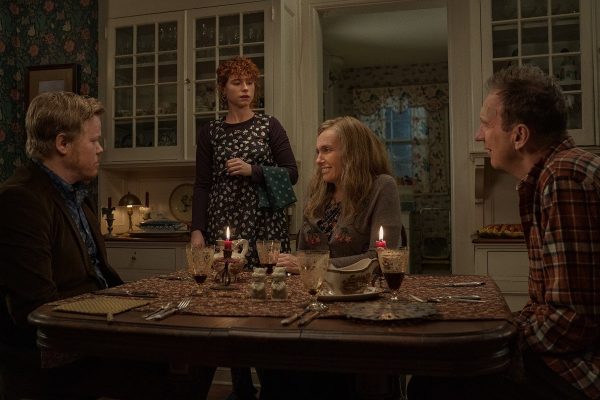 Structurally it sits closest to Adaptation and Eternal Sunshine of the Spotless Mind, both deconstructionist in their exploration of screen writing and romantic comedies. With his latest as with Adaptation, Kaufman intellectualises social attitudes, debates contemporary obsessions and forcibly draws on pioneering examples to illustrate his point. Some might consider this an exercise in self-indulgence, but it is proof that Kaufman has elevated himself to the position of custodian within a universe he alone can master.

A genre of his own making in which musicals, rom-coms and rites of passage fables sit alongside intellectual digressions on the notions of originality. For those who love cinema it will be a pleasure worth returning to time and again, as Kaufman does for Oklahoma what Nolan managed to do with time travel in Tenet.