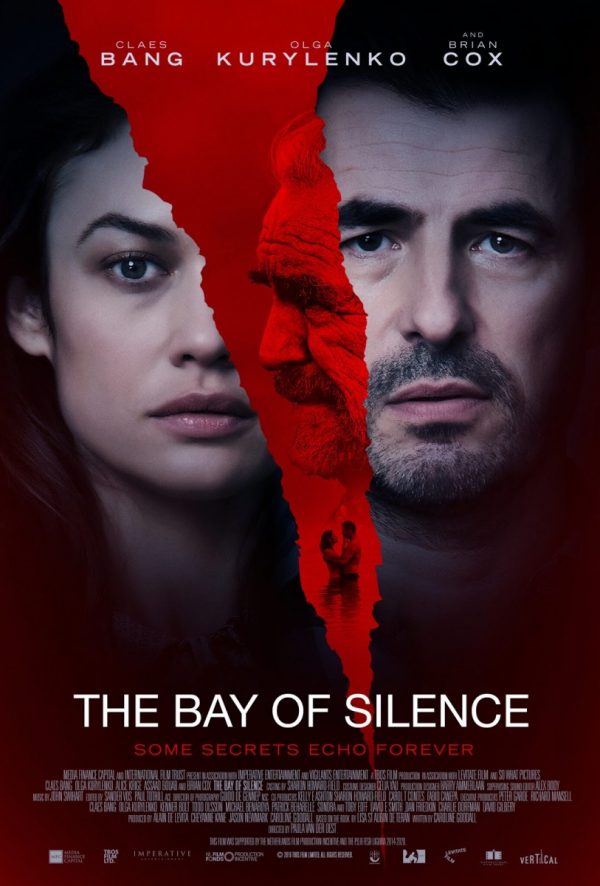 Will believes his wife Rosalind is innocent of their son’s suspected murder, only to discover the devastating truth behind her past links her to another unsolved crime. 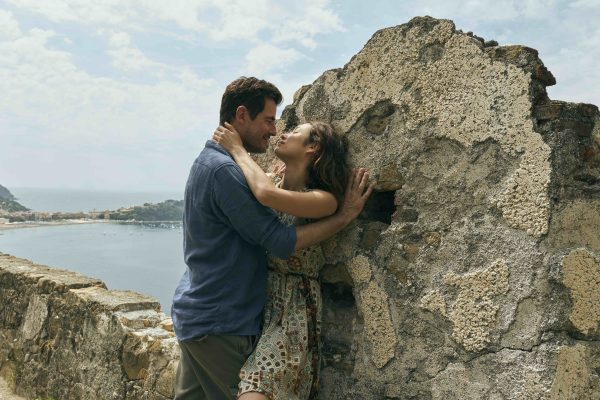 There’s no time like the present to tell stories about sexual assault survivors, but they should probably be less trashy and tasteless than The Bay of Silence. Directed by Oscar-nominated filmmaker Paula van der Oest (with Caroline Goodall adapting the novel of the same name by Lisa St Aubin de Terán), the narrative has the incredibly lofty challenge of taking the unthinkable (a mother murdering her infant child) and using that as somewhat of a launching-off point for themes of grief and an opening to explore a traumatized past. Sure, the film heavily plays with the possibility that the mother is innocent, which doesn’t really matter given the obviousness that something about the situation is not right and the lethargic pacing that unspools revelations that are too predictable to be effectively disturbing.

The Bay of Silence doesn’t begin on solid footing either, starting with a pair of sequences (a honeymoon in Italy visiting the titular location and another event steeped in tragedy) across two different years that are only concerned about setting up the plot rather than giving the lovebirds played by Claes Bang and Olga Kurylenko characterization. Meanwhile, everyone else feels to have had the most basic personality traits translated from the novel to the screen, barely registering as anyone interesting. 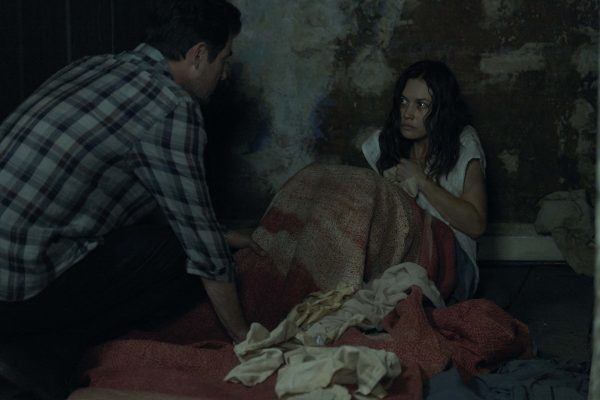 The biggest issue is just how telegraphed the trajectory of the story is; it’s clear that Rosalind (Olga Kurylenko) is troubled and not coping well following a certain accident at the beginning of the movie (to her credit, her embodiment of the craziness is one of the only worthwhile elements here, especially during unsettling scenes that see her scratching through and peeling off wallpaper for metaphorical purposes), and it’s clear that there are terrible people covering up some horrific things, but the mystery aspect of that never engages.

On top of that, there are some wild interconnected developments including things such as blackmail that come out of nowhere just as how preposterously stupid the situation is set up. There are characters doing important things here that barely have any screen time; chunks of the story had to have been lost putting page to screen. Nevertheless, when it’s time to be revealed who has really been orchestrating things, it doesn’t come with a shock. There is also no satisfactory conclusion considering that, aside from empathizing with Will’s devastating loss and gut feeling that something is not right about the circumstances of his dead son, the characters here are bare-bones and hard to care about. The mystery itself is just there and never really exciting, which is a cinematic crime considering the lengths the story is going to create these questions in the first place. 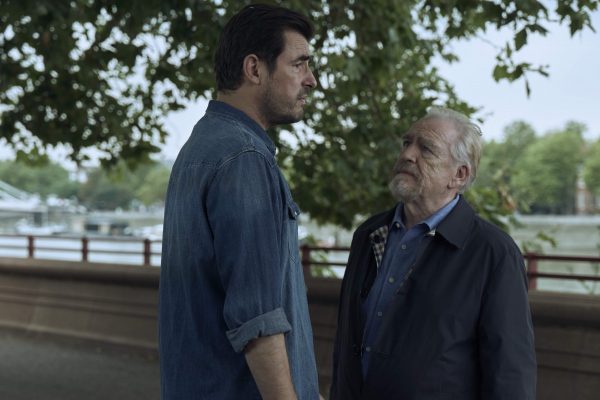 That’s not to say the narrative is a disaster or that the book itself is horrible to begin with, more that The Bay of Silence is simply a misguided adaptation that loses the plot of shining a light on the story of a survivor and how abuse gets swept under the rug. Naturally, there are some pretty visuals and the performances are serviceable, but none of it elicits a strong reaction which is massively frustrating since it has all the ingredients to do so.