Tom Jolliffe takes a look back at several of last year’s films overlooked by the major award ceremonies…. As we find ourselves almost half way between the last Oscars and the next, with some uncertainty about just what we’ll see at the 2021 Academy Awards (after months of delayed films and closed cinemas), seems like a good time to look back at the last awards season and the titles which got unfairly overlooked. Some of the films were small indie productions that can often get swept aside by movie films that have more of a strong handed push (or budget) around award season. Other great films may just be in genres typically un-fancied by the Oscars, Golden Globes, etc. Here are a selection of films unfairly overlooked: Whilst The Lighthouse has racked up a pretty healthy dose of awards and nominations, it seemed to get almost completely overlooked at the biggies for every department bar cinematography. Whilst Jarin Blaschke’s cinematography is indeed the star of the show, the film could rightly have expected more love for the work of Robert Eggers in the director’s chair. Eggers has already proven himself a director of intensely focused vision. His two horror films thus far – The Lighthouse and The Witch – have proven very special, rated incredibly highly by critics, and delivered with the kind of singularity and assured vision that has seen him receive favourable comparisons to Stanley Kubrick. Additionally the two central performances were exceptional. Willem Dafoe in particular was very disappointingly overlooked by the big awards. His performance as a salty sea dog lighthouse keeper was as immersive as Joaquin Phoenix as The Joker. Dafoe was completely lost in this richly crafted character and if Phoenix was the runaway winner for Best Actor (deservedly), Dafoe should have waltzed away with the Best Supporting Actor trophy. His performance was the most astounding of the year in that category, and one people will still find iconic in decades to come. 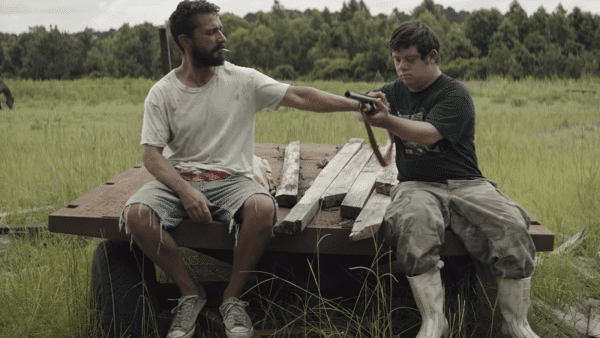 The oft maligned Shia LaBeouf had something of a resurrection year in 2019, delivering The Peanut Butter Falcon and Honey Boy. Both are great, and proved that when he’s on point, he’s a fantastic actor. Falcon is a beautifully crafted, feel good comedy drama that sees a local troublemaker on the lamb, find himself with a tag along in the form of a young man with Down’s Syndrome (wonderfully played by Zack Gottsagen). The film revels in the wonderful chemistry between the two, and ensures that we never laugh at the expense of Gottsagen. It never falls into the trap of cheap humour or maudlin sentimentality in this wonderful coming of age tale. On the indie award circuits this did pretty well, with plenty of acknowledgement for the two writer/directors, Tyler Nilson and Michael Schwartz. Gottsagen snagged a deserved best newcomer award at the Hollywood Critics Association. Whether the film had enough within to make Oscar impact I’m not sure, but perhaps the Globes and other similar tier awards it deserved more. LaBeouf gave one of the best performances of his career too, and certainly won’t be far from Oscar recognition if he keeps up this standard of film. For one though, this would have been in the 10 Best Picture nominations for me. 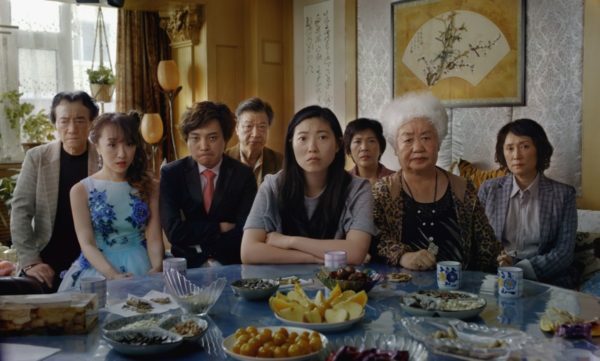 A breakout hit, this wonderful indie dramedy by writer/director Lulu Wang proved incredibly popular among audiences. Another in a successful line of indie hits from A24 (who distributed), it was an important film in a recent surge in box office takings for independent films, proving that with the right backing and enough of a platform, they’ll fill screens as a marked alternative to chains showing almost exclusively, blockbusters. The Farewell’s relatable depiction of familial drama and potential tragedy struck a chord that crossed many cultures. It also offered an engaging look for Western audiences into Eastern family dynamics, featuring Awkwafina (our Asian American protagonist) as the audience’s conduit who crosses between cultures and acts as the eyes for audiences on both sides of the world (that said, the film never took off in China). This should have been nominated at the Oscars for Best Picture. Awkwafina got a well deserved Globe nod for her performance and the film has also had a number of Best Foreign Language Film nods including at the Globes and BAFTAs. Again, overlooked (unfairly) at the Oscars. However, the film’s star attraction is the absolutely amazing Shuzhen Zhao as Nai Nai, an inimitable family matriarch whose large family gravitate around her. I wouldn’t be alone as someone whose own Nan was that similar kind of matriarchal figure lost to cancer, so as we watch this story unfold with Nai Nai being kept unawares of her terminal diagnoses, that whole relatable aspect of battling a seemingly inescapable death sentence really did hit me in the feels as I’m sure it did many others. A beautiful, heartfelt, bittersweet and emotional journey. Coming out to rave reviews and probably career best praise for leading man Adam Sandler, Uncut Gems further cemented the Safdie Brothers as a cinematic force. They crafted a relentless, gripping and enthralling juggernaut of tension as Howard (Sandler) spends the film a constant step behind his goal, always just out of his reach. He’s a man cursed to make the wrong decision and to dig down instead of digging himself a platform out. Cinema this raw and visceral is often overlooked by the major awards, and Uncut Gems is no different. A film easily in the top 10 of the year and should have been in the Best Picture category. Likewise, Adam Sandler’s performance is so beyond our expectations of him. It’s so complex and a constant ball of energy. Even when he’s sat still we know his mind is on something else, constantly scheming, and trying to work out his next step to attaining riches. 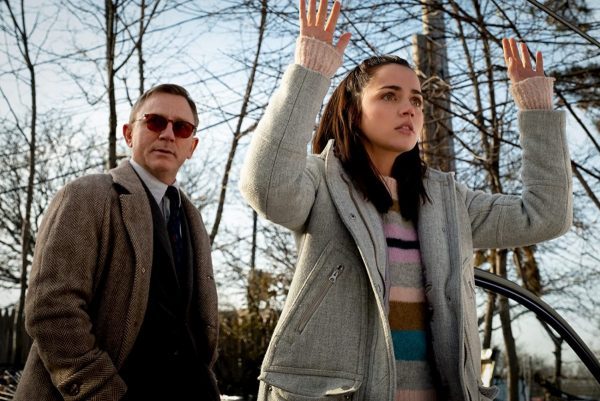 Knives Out arrived to almost entirely rave reviews. It’s Rotten Tomatoes rating stands at an imperious 97% It does a lot of Hollywood convention extremely well, with the kind of assured hand that we saw from Rian Johnson when he did Looper. Whilst perhaps some of the Best Picture Oscar nominations had an air of standard fare about them (there are the biopics, the war film, and perhaps the slightly overrated pop culture piece), Knives Out’s omission in everything bar a Best Screenplay nod surprised many. Are we likely to remember Ford v Ferrari or Little Women over Knives Out in ten years? The argument that Knives Out is a formula piece is sort of irrelevant up against something formulaic like Le Mans, or another adaptation of Little Women. What Knives Out did, and indeed why it still got its recognition in the screenplay category, was to shake up the expectations with a whodunnit that spins off beautifully into unexpected caveats, in a film where everyone revels in the broadly layered characters they get to portray.

Though there were notable omissions, having caught up with a lot of the films of last year now, I will say that Parasite was indeed a worthy Best Picture winner, and the most exciting and invigorating piece of film-making of the year. Four Oscars was great but perhaps not quite enough (Kang-Ho Song, a long time collaborator with Bong Joon-Ho, was well worth an acting nod, but the cast got largely omitted through most of the awards in the West). 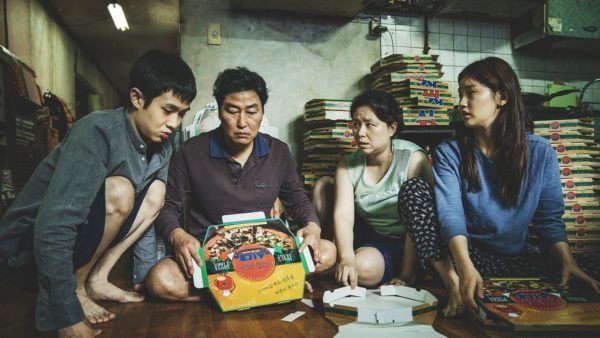 Which films do you think were overlooked in the past award season, and the Oscars particularly? Let us know on our social channels @flickeringmyth…