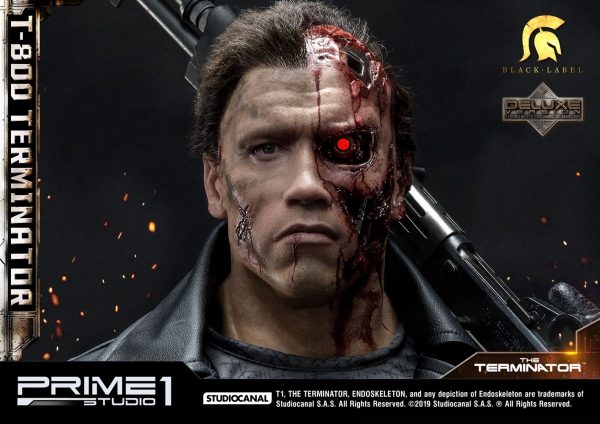 Sideshow and Prime 1 Studio has unveiled the 1:2 scale the T-800 Terminator High Definition Museum Masterline Black Label  deluxe statue which is based on the appearance of Arnold Schwarzenegger in James Cameron’s 1984 sci-fi action classic The Terminator. The collectible is available to pre-order now, priced at $2,999; check it out here… 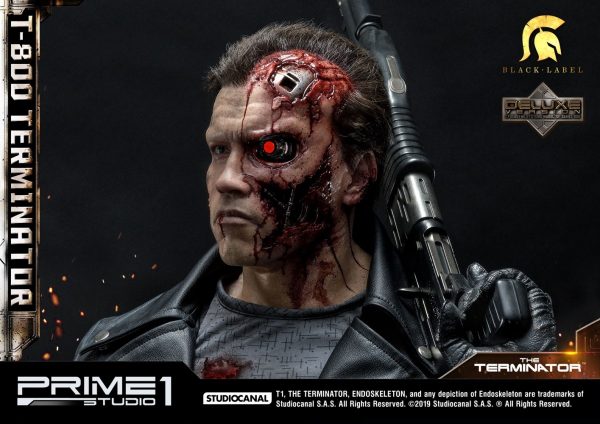 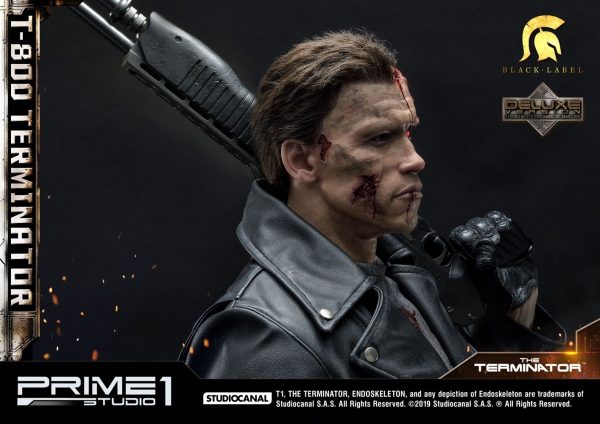 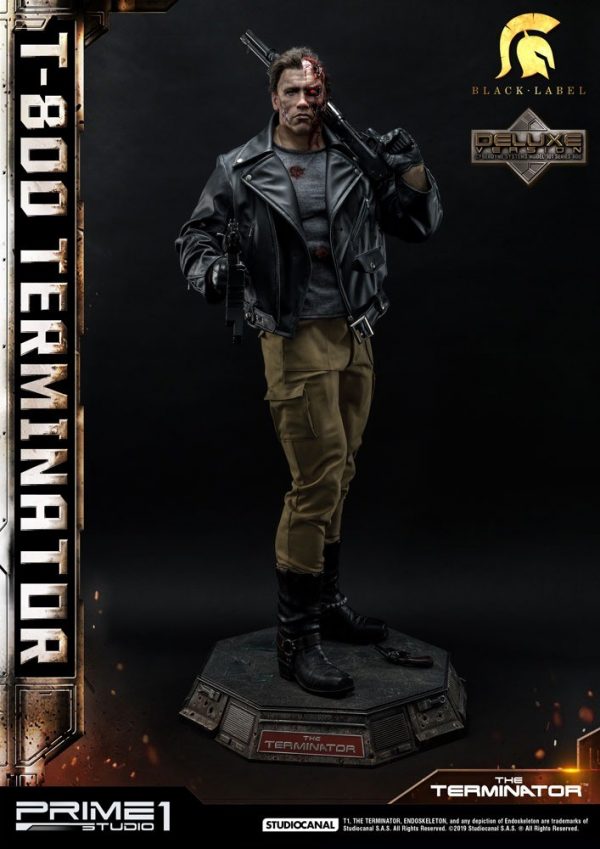 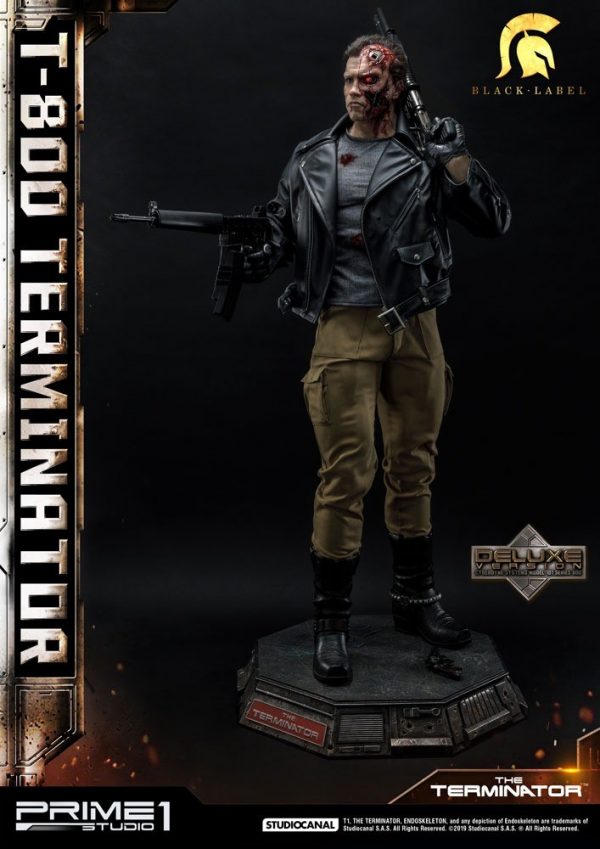 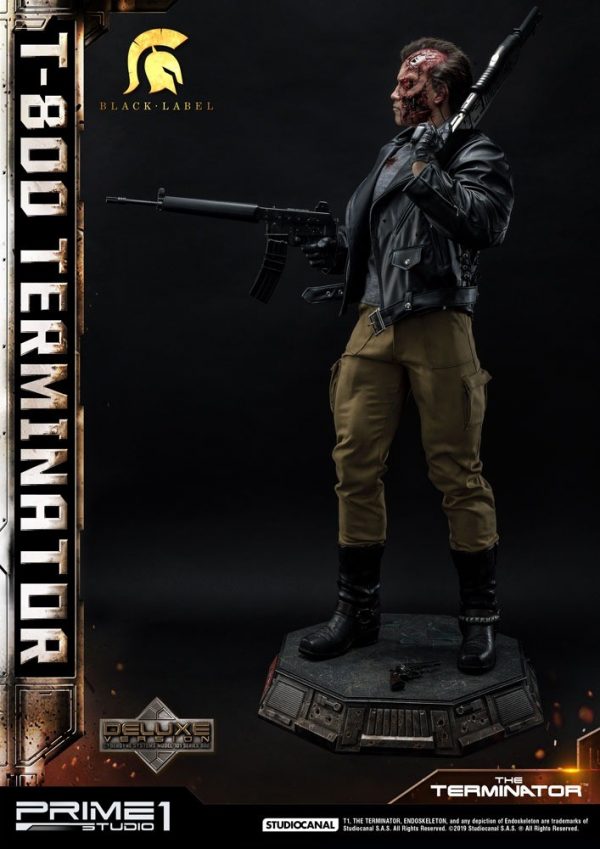 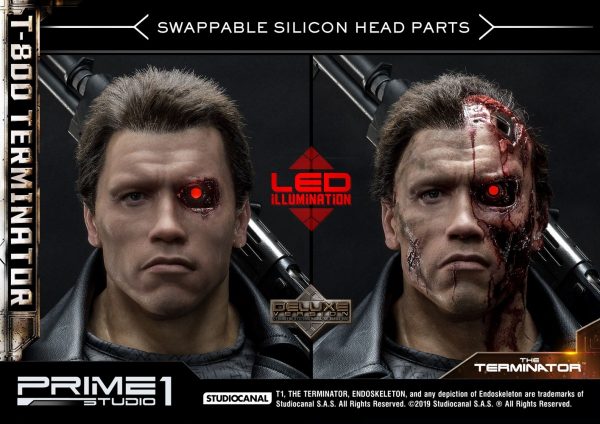 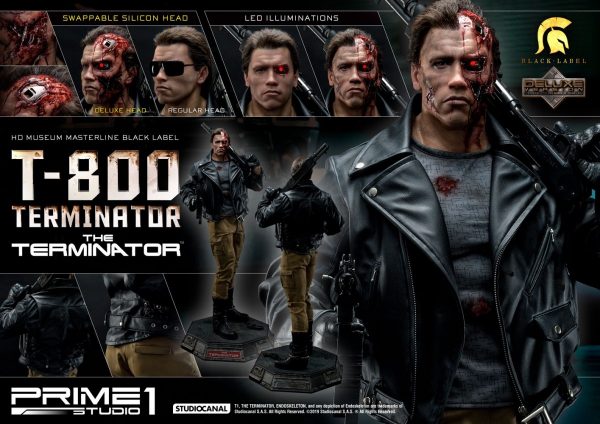 The Terminator is the first work in the franchise. It stars Arnold Schwarzenegger, Michael Biehn and Linda Hamilton. The Cyberdyne Systems Series 800 Terminator also known as T-800, is a type of Terminator mass-produced by Skynet. It was Skynet’s first cybernetic organism, with living tissue over a hyper alloy endoskeleton. This made it Skynet’s first successful Infiltrator unit capable of infiltrating the Resistance. The T-800 Terminator, a cyborg assassin, sent back in time from 2029 to 1984 to kill Sarah Connor, whose son will one day become a savior against machines in a post-apocalyptic future.

Featuring the likeness of the actor Arnold Schwarzenegger, the statue captures a famous shootout scene at the police station. The statue is made of high-quality materials, to give a more realistic look and feel the head is using premium grade silicone. The detail of each part including the leather jacket is pure perfection. The weapons: SPAS-12 and AR-18 in both hands are also precisely reproduced with a high attention to details. In addition, the eyes are equipped with the LED light-up function, so they look as if they are aiming at a target. The Deluxe version comes with an additional Portrait.