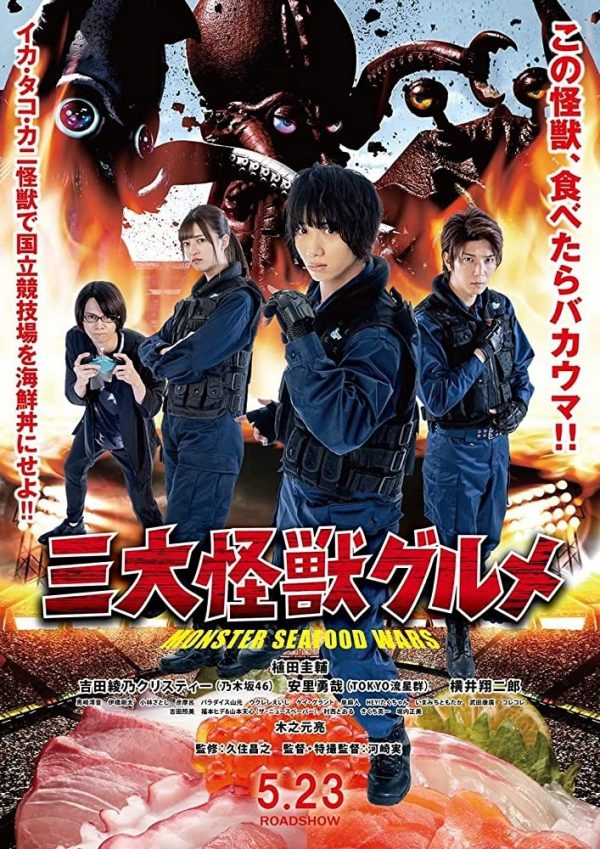 A minor bicycle accident on his annual visit to the shrine is just the start of the troubles awaiting disgraced scientist (now employed at his dad’s sushi shop) Yuta Tanuma. The octopus, squid, and crab he was transporting have eluded him, but he’ll see them again soon enough… as Takolla, Ikalla, and Kanilla, rampaging monsters as big as buildings! Though he’ll have to contend with his rival Hikoma, and his crush on defense analyst Nana, Yuta reluctantly joins the Seafood Monster Attack Team, who will risk their lives to protect Tokyo from this monstrous (but ultimately mouthwatering) marine menace! 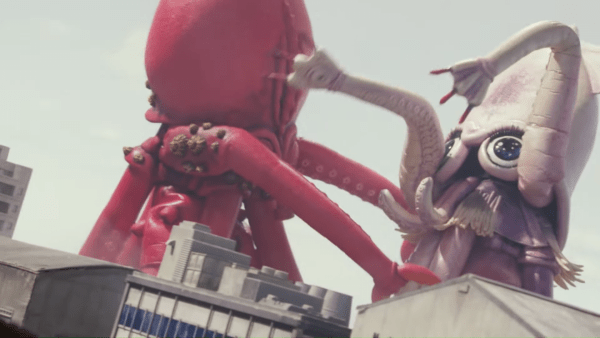 The joy of watching movies at a film festival is the unparalleled sense of discovery, of deciding to watch a movie based only on a title, a still image, and a two-sentenced description at most. At a time where going to the movies unspoiled by endless trailers and an expansive press tour is all but impossible, nothing beats taking a chance of a weird-sounding movie and discovering it’s an entertaining gem. This is to say that, the moment I read the title and saw the promotional image for Monster Seafood Wars during the 2020 Fantasia Film Festival (taking place online this year), I was hooked.

Director and co-writer Minoru Kawasaki, the madman behind absurdist Japanese movies as The Calamari Wrestler and Executive Koala, puts on his culinary hat and presents a delicious platter of Kaiju cinema parodies he calls “Monster Gourmet.” If you ever watched Godzilla and thought “man, I really want to take a bite out of that giant monster tail” then boy, is this movie for you. Instead of a metaphor for nuclear power, or how humanity is destroying the environment, or any of those serious topics, Monster Seafood Wars imagines a world where giant mollusks can eradicate world hunger just as easily as they can destroy Tokyo. If you miss having practical creature costumes in your Kaiju movies, Kawasaki and his team revive the art of kigurumi tokusatsu with incredibly detailed costumes for his seafood monsters, while his script more than makes up for the obviously low budget with some razor-sharp jokes about people going crazy for kaiju meat. 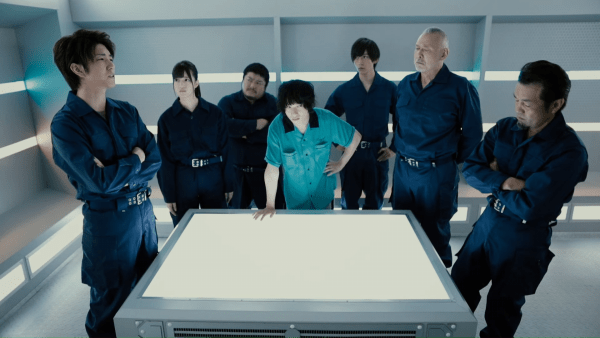 That being said, Kawasaki does offer some poignant (and highly entertaining) commentary on how humanitarian efforts can become the cause of huge disasters, and how easily society ignores imminent danger when facing a hot new trend. The film uses a pseudo-documentary format to tell its story, using interviews and flashback footage to show how people reacted when Kaijus attacked — and more importantly, how they stopped caring about the destruction of Tokyo the moment they discovered monster meat is actually delicious. Monster Seafood Wars takes a baffling and delightful turn into a series of cooking shows segments that show all the different ways people are enjoying monster meat.

Yes, this is a movie about a guy accidentally letting a squid, an octopus, and a crab get free, then they somehow become giant monsters that go on a rampage. But it is also a love letter to the Kaiju genre and all its ridiculous tropes. We have the commentary of how inept the government is at handling a crisis, the scientist who is more concerned with getting fame or money and sabotages the operation to make himself look like a savior, and obvious green screen being used to make the monsters seem huge. In many ways, Monster Seafood Wars is this year’s One Cut of the Dead, which puts its low budget to incredible use in order to tell a hilarious yet endearing love letter to cinema. 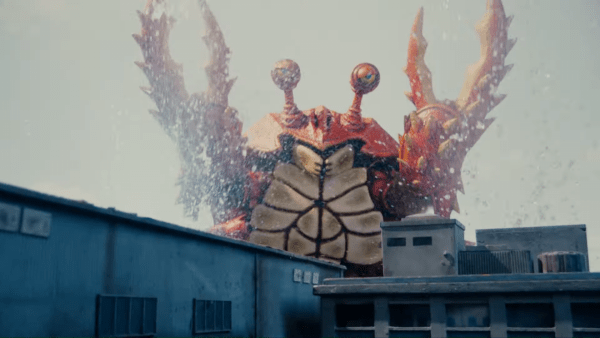 Monster Seafood Wars is not overly serious cinema, and it is not the refreshing and timely return to Kaiju cinema that Shin Godzilla was. What this movie is is a delicious plate of suspicious-looking seafood that may get you sick after a while, but that tastes incredible while you’re eating it. It’s a silly, slapstick love letter to movies in which giant rubber monsters fight in the middle of a metropolis, and is just the kind of silly entertainment that offers the best escapism right now.