Frontier Developments has released a new developer spotlight video for Jurassic World Evolution: Complete Edition for Nintendo Switch which is set to launch on 3rd November.  You can watch this spotlight video below… 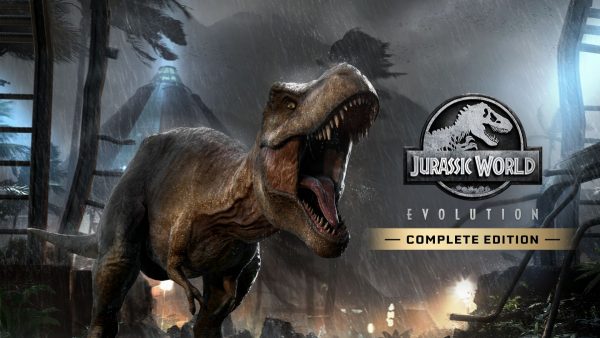 This new spotlight video features members of the development team, Senior Community Manager Jens Erik, Richard Newbold, Game Director, and Matt Simper, Head of Technology, as they discuss some of the challenges they faced while bringing dinosaurs to life on the Nintendo Switch.

In Jurassic World Evolution: Complete Edition players will get chance to build the park of their dreams, parks that make those of the films look small in comparison.  There’s more than 60 breeds of dinosaurs that players can bioengineer and add to their park as well as a number of attractions that will allow visitors to get up close and personal with these prehistoric beasts.

Nintendo Switch players will find Jurassic World Evolution: Complete Edition packed with every piece of DLC released since the game’s initial launch on Xbox One, Playstation 4 and PC, includingClaire’s Sanctuary, Secrets of Dr. Wu, four Dinosaur Packs, the Raptor Squad Skin Collection and the Return to Jurassic Park Pack which features the voice talent of Sam Neill, Laura Dern and Jeff Goldblum as they reprise their roles from the 1993 hit film.