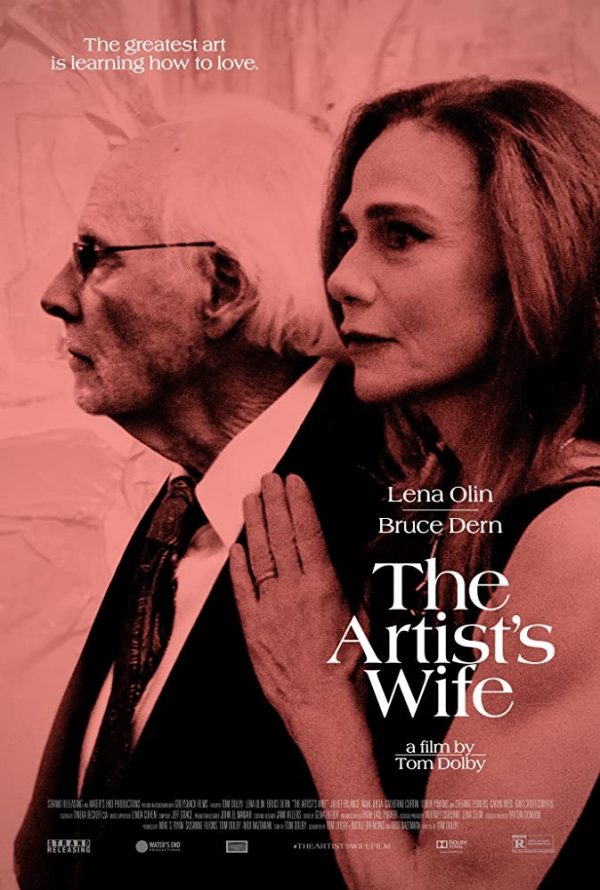 Claire Smythson, wife of the renowned abstract artist Richard Smythson, is plunged into a late-life crisis when her husband is diagnosed with Alzheimer’s disease and is in danger of not completing the paintings for his final show.

The Artist’s Wife appears to be a personal film possibly pulling from director Tom Dolby’s personal life as evident by paying tribute to his parents as the ending credits finish, and being honest, it definitely feels like one. However, it also feels like there is so much on Tom Dolby’s mind that the many pieces never really come together. Also co-writing with assistance from Nicole Brending and Abdi Nazemian, it’s clear that the film wants to explore the eponymous wife’s stress and pain coping with her wealthy and famous painter husband coming down with Alzheimer’s. The film also decidedly chooses to make the wife’s perspective the primary point of view, so the narrative at least has some of its focus on-point.

Revered Swedish actor Lena Olin ls Claire Smythson, who starts off the film narrating her fictional husband Richard’s (one of the all-time greats, Bruce Dern, getting a late-career co-leading role that brings back to mind his Oscar-nominated performance in Nebraska) career and fame, traditional marriage values (she gave up her own aspiring art career to take on the role of the life), and her concerns that Richard has been adopting erratic and unorthodox behavior. He’s apparently becoming cantankerous in the usual Bruce Dern way and can’t help arguing a lot, which Claire expresses frustration over given that his mood often dictates her’s. If he’s angry, she gets angry back, and a verbal fight ensues. It’s certainly something interesting to keep in mind as Richard is diagnosed with Alzheimer’s and his condition only gets worse, amplifying Claire’s struggles. 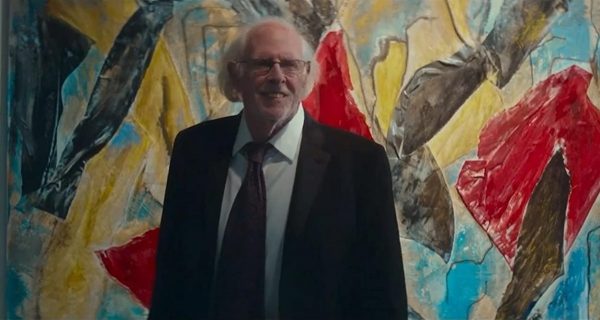 Nevertheless, Claire begins reflecting on life and decides to visit Richard’s estranged daughter from another relationship in the hopes that she can bring them together and that they will get to know each other as much as they can before his time is up. Claire is not necessarily on good terms with Angela (Juliet Rylance) considering that she’s just finding out about her son and the fact that she’s gay but currently separated and finalizing a divorce. Initially, she mistakes the babysitter Danny (Avan Jogia) as her significant other, all while a drunken mess following rejection the first time attempting to have Angela visit.

This is more than enough to mine dramatic material from to give The Artist’s Wife enough of a new slant on the overshadowed wife to an artistic husband trope. She’s coming to terms with Richard’s mistakes including her own (although it’s never made clear what drove Richard away from his daughter, to begin with, leaving us to assume it was just his intense work ethic causing him to be neglectful) and the depressing realization that she gave up her own art career. There’s even a stretch of the film where everyone spends Christmas together, which naturally doesn’t go perfectly. 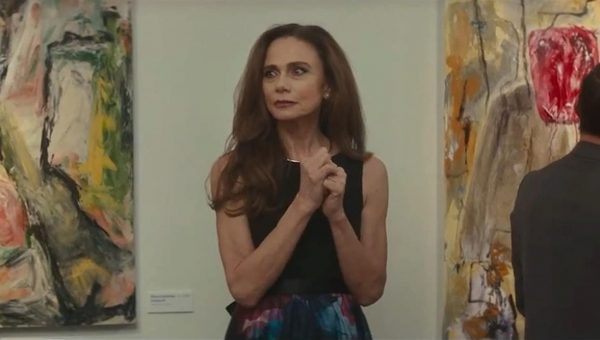 However, several of the characters don’t feel fully characterized meaning the film is usually missing the emotional gravitas it’s going for. Bruce Dern is once again fine at selling a deteriorating and forgetful mental state (there are a handful of sequences that see him getting out of control with expletives and verbal abuse teaching a college classroom of painters, and some others where he can’t get into the groove of creating his next and final piece for an upcoming gallery show). Lena Olin is especially great meditating on her past, vulnerability showing her present pain, and scared of the future without her beloved husband flaws and all.

These performances are stuck in a script that goes from family drama to Claire taking up art again to a sudden burst of romance, that nothing ever clicks into place like it should, using one too many song cues wasting time. The Artist’s Wife is only 90 minutes without credits, which should also be pretty telling that it’s trying to accomplish too much characterization in too little time. It’s not even concerned with showing us what both the relationship and Richard were like before the Alzheimer’s aside from one scene over the opening credits. For all we know, Richard has always been somewhat of a jerk and a curmudgeon. There’s nothing wrong with filling in the blanks, but at the end of the day, there’s too little information about the relationship and the family. It’s also fairly obvious where the movie is going the more Claire picks up painting again, ending on a note that this is somewhere between admirable in terms of legacy but regressive. Whatever the case may be, The Artist’s Wife is not very compelling outside of a pair of legendary performers getting the spotlight once again.