Devolver Digital and developer Vitali Kirpu have announced the release of their planet recolonization simulator, Ragnorium, on Steam Early Access.  This challenging simulator will take players on a journey into the far reaches of space where they will need to lead a group of colonists and build a self-sustaining society.  Watch the trailer below to see more of the challenge that awaits on the barren planet. 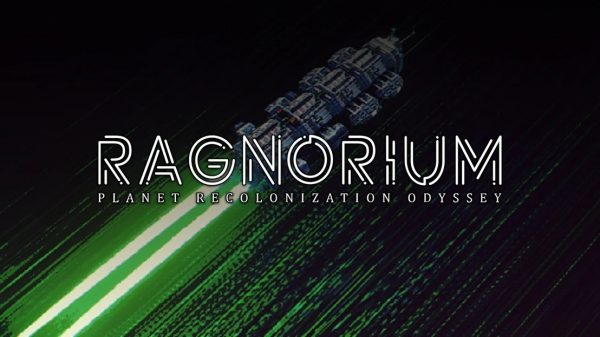 Tasked with leading a small group of cloned colonists on a journey into the far reaches of space, players must use their skills and the resources available on the barren planet to create a base-level colony.  Over time new technologies will unlock that will allow the planet to be exploited for more materials and resources and bringing better, more efficient equipment into the society.

Before venturing off to the lonely planet, players will be able to tailor their cloned colonists to the specifications and needs of the colony and choose what materials and tech will be transported alongside them.  Once established in the new world, new mechanical marvels can be earned through activities including dispatch missions and colony milestones and everything helps to prepare the settlement for the upcoming Holy War.

The game’s launch into Early Access is just a start to the adventure, throughout the game’s continuing development players will see more content added to the game, including more colonist types, planet maps, items, resources, characters and boss encounters.