Issue #1 of the Overwatch: Tracer – London Calling comic series has released digitally via the PlayOverwatch website and to coincide with the release Blizzard has announced that the Tracer’s Comic Challenge is now live on Xbox One, PS4, Nintendo Switch and PC.  Running until 28th September, players will be able to earn a range of limited time rewards including a new player icon, sprays with voice lines and the new Comic Book Tracer epic skin. 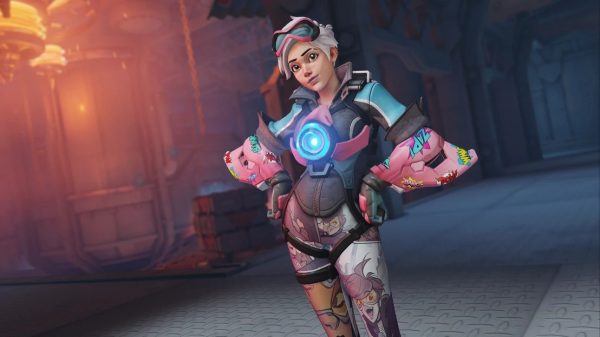 There’s a total of nine new rewards to earn and these can be gained from wins in Quick Play, Competitive Play or Arcade modes and by watching streamers play Overwatch on Twitch.

This new five-part comic series is available now for players and fans to read for free exclusively via Dark Horse Digital and on PlayOverwatch. Those fans who want to collect every issue physically will be able to get issue #1 on 2nd December.