With two weeks to go until the launch of their latest game 9 Monkeys of Shaolin, Sobaka Studio has released a new gameplay trailer (see below) that focuses on the weapons, enemies, combat and progression.   9 Monkeys of Shaolin will launch on 16th October on Xbox One, PS4, Nintendo Switch and PC via Steam. 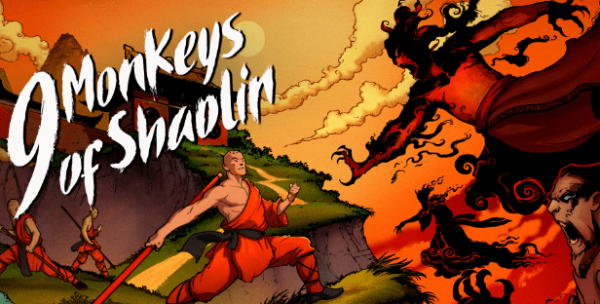 9 Monkeys of Shaolin is a beat ’em up styled on the games of old and puts players in the role of Chinese fisherman Wei Cheng as he sets out on a quest for vengeance against those who slaughtered his friends and family.  However, Wei Chang is no ordinary fisherman as he is trained in the ancient martial art mastered by the legendary Shaolin monks and is able to cut down enemies quickly with his deadly battle staff.

Sobaka Studio has also announced the arrival of a free to play demo of the first chapter on Steam which can be played in both single player and co-op.

9 Monkeys of Shaolin arrives on PC and consoles on 16th October.