With Halloween season upon us, Tom Jolliffe looks back at a timeless blend of horror, comedy and cool, with 1985’s Fright Night… 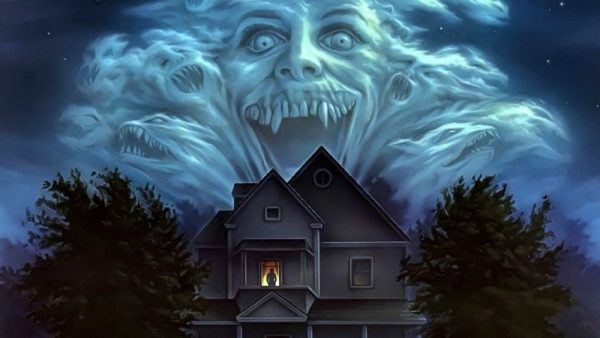 Vampires might be the most well trodden of movie monsters. It’s still a persistent go to for horror film-makers, often looking for a way to freshen up the genre. The 1980’s brought a host of great vampire films and very notably in 1987, two of the finest of the era with The Lost Boys and Near Dark. The decade was also synonymous with great creature and make up effects, and a penchant for horrors with a certain comedic sprinkling. A couple of years before that ‘year of the vampire’ we had Fright Night, an iconic 80’s horror. It’s unmistakably 80’s too, with everything from the fashion to the music, but mostly the sense of style (and moments which have a certain MTV quality about them).

Fright Night at 35, still remains an essential film for vampire horror fans. The film certainly has a whimsical nature as young Charlie Brewster (William Ragsdale), dating Amy Paterson (played by Amanda Bearse who looks more like his mum than a high school girlfriend, in part down to fashion) is aided by his comical friend, Evil Ed, in trying to out his new neighbour as a vampire. Said Vampire is played with rakish charisma by Chris Sarandon. Brewster, a fan of all things horrific and macabre is also a fan of a long running TV show about a vampire hunter played by Roddy McDowell. When it becomes apparent that his neighbour is definitely a bloodsucker, Brewster tries to get Peter Vincent (McDowell) to help him take on Jerry Dandridge. 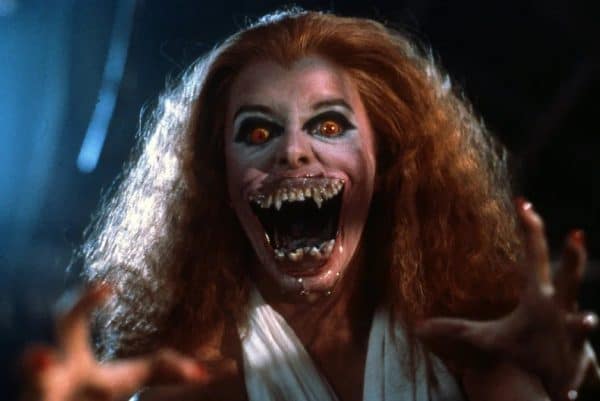 Like many of the best of a strong era for horror, Fright Night does well to blend its humour with its scares. It’s atmospheric for certain. The films style also helps in creating some really memorable sequences, with Dandridge following Brewster and Amy to a night club for one particularly great sequence. There’s good build up and a great track from the composer, Brad Fiedel (Terminator aside, this remains one of his best film scores). Lovers of a an old school 80’s synth score will most certainly enjoy Fiedel’s music here.

One major strength Fright Night has over some of the eras horror competition is with the cast. Ragsdale is a likeable hero who has some depth and plays the role with a sincerity and accomplishment. Amanda Bearse, of Married With Children fame, is engaging and offers something different from the atypical horror girls of the era. Stephen Geoffreys enjoys his very comedic role, but additionally has some moments of drama that give Evil Ed an unexpected, but welcome, extra dimension. His transformation scene is great. Geoffreys’ post Fright Night career is also somewhat of a surprise. He’s since transferred his talents back to ‘mainstream’ films shall we say. Roddy McDowell’s presence certainly ups some of the cheese factor and he has a good rapport with Ragsdale. The star of the film is Sarandon, full of charismatic menace. It’s a great role with so much suaveness. It’s also one of a couple of iconic villains that Sarandon portrayed during the decade (the other being The Princess Bride of course). 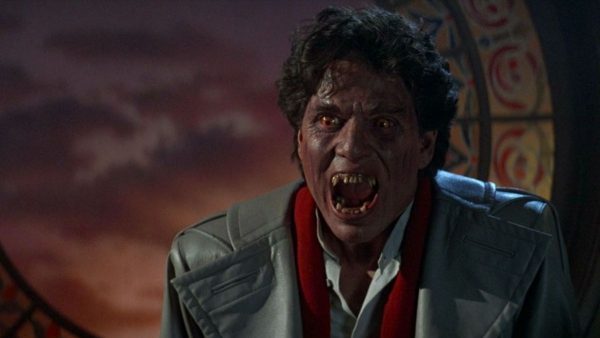 The film proved a success with a winning formula, that ticked an array of boxes to keep fans happy. A sequel was inevitable, and pale in comparison. Brewster and Vincent returned, Sarandon (due to a case of character death) didn’t. Likewise, Amanda Bearse didn’t appear, by this point, a TV mainstay as Marcy Rhodes. The sequel does in fact has it’s moments, and still feels inherently (and enjoyably) 80’s in style and approach. It just never had that magic, that certainly, Sarandon injected into the first film.

In more recent years of course, a cult film with a long passing of time is usually destined for the reboot treatment. No stranger to reboots, Fright Night, the 2011 update, was another starring Colin Farrell (he’d not long made his revitalised version of Total Recall). Whilst he can of course pull off the requisite mystery and charm, the film itself was  lacklustre. The same can be said about Farrell’s work in Total Recall. The updated version copied too much, didn’t add enough of interest and missed the kind of skilful craft of these 80’s films. That said, Farrell’s 2011 spin did result in a little known straight to video sequel. 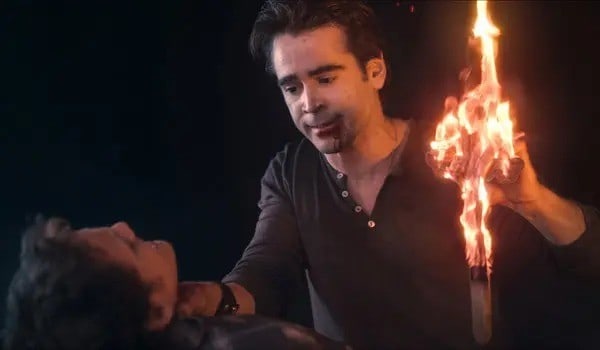 With Halloween coming up, horror aficionados could do worse than digging this one out. What are your thoughts on Fright Night. Is it a perfect mix of horror and comedy? Let us know on our social channels @flickeringmyth…