Indie developer National Spork has announced the release of Hazmat Hijinks: Total Meltdown, the spiritual successor to the classic tile based puzzler Chip’s Challenge, on PC (via Steam), Mac and iOS devices.  Enjoy the game’s launch trailer below… 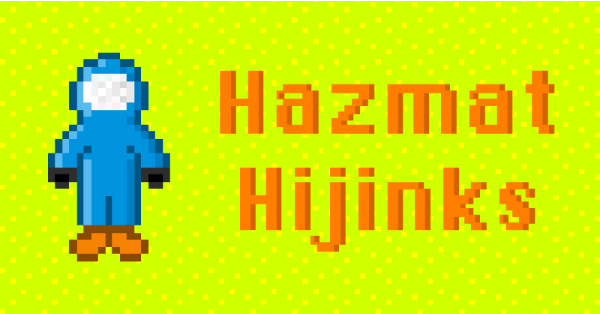 Hazmat Hijinks: Total Meltdown takes players on an adventure as Hanford, a scientist who has had his pet fox kidnapped by the misguided ‘Cleaners’.  Guide Hanford through nearly 100 tile based levels using multicolored hazmat suits for protection to avoid the chemical spills, irradiated zones, giant viruses and fire.  Clean up the environment using science and defeat the Cleaners to rescue Hanford’s pet fox.

There’s dozens of secrets and Easter Eggs to discover, including a secret level and a puzzle that must be solved in real life, that will make this the perfect purchase for fans of Chip’s Challenge and newcomers.

“During Halloween 2016, I bought real hazmat gear so that my nephew and I could go trick-or-treating as real hazmat guys! That’s when the hazmat suit mechanism just came to me. As the project gained momentum, I studied puzzles with the goal of creating a fun game while also making players think. The rest, as they say, is history.” – Tod Powers (Founder and solo developer for National Spork).