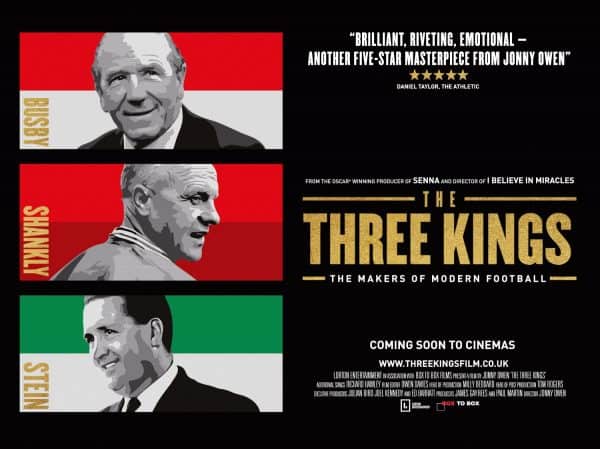 The story of three men who helped to shape modern football. 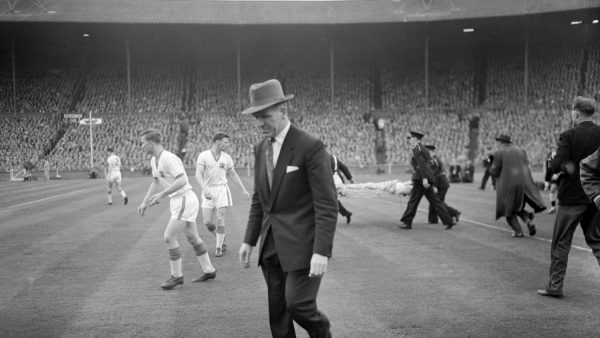 British football fans love to get misty-eyed about the past. Sometimes it’s about the 1966 World Cup winners, or the period in the late 1970s when the likes of Liverpool, Nottingham Forest and Aston Villa dominated the European Cup. Filmmaker Jonny Owen’s new documentary The Three Kings deals with some of that material, focusing as it does on a trio of the most significant figures in modern British football – Scottish managers Matt Busby, Bill Shankly and Jock Stein. Born within a few miles of each other in the coalfields of Scotland, these men would shape UK football as we know it today.

Owen’s portrait of these three men is a smart, entertaining take that serves as an affectionate tribute to all of them. With their iconic turns as boss of Manchester United (Busby), Liverpool (Shankly) and Celtic (Stein), they helped to build gargantuan sporting behemoths which are now, according to the documentary, supported by a quarter of the world’s population between them. The narrative is an occasionally ungainly, overlapping take on three lives lived in something approaching parallel, but it’s an always engaging depiction of sporting legends at the peak of their powers.

Busby, Shankly and Stein all spent their late teenage years as miners, growing up in a world in which “it was either the pits or football”, with the latter serving as the focal point of working class culture. Owen’s movie is particularly intrigued by this notion of sport as the fulcrum for a society with little else to cling to. All of these men had their playing careers interrupted by the Second World War and emerged with fresh determination into a world of disaffection and sadness, primed for these inspiring men to emerge as Messiah figures. 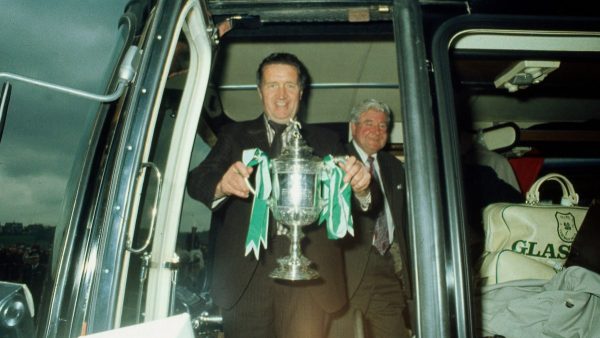 By weaving these narratives together, The Three Kings is able to prick at the similarities and differences between its three subjects. Busby was focused on greatness and exciting football, while Shankly is described as a man who “harnessed the power of the community” to make Liverpool a club burning with passion and Stein is depicted as having a “paternal attribute” towards his players. Their philosophies were not the same, but all three of them were almost immediately enshrined as icons.

This is absolutely a hagiography, focusing on the achievements and the genius of these people, culminating with a title card listing all of their silverware and triumphs. However, the movie does leave room for the bad decisions and tragedies of the final years of their lives, with Busby unable to truly let United go in the years after his departure, Stein dying in the dugout and Shankly disintegrating as a person without football to occupy his life. These were men who thrived in the glow of the floodlights and had little ability to live without it.

Owen, making his third successive football doc, clearly has an intense emotional connection to the material and that shows through in the affection with which he tells these stories. The material is inherently powerful – not least in the segment surrounding the Munich air disaster – but it’s also nimbly and sensitively told, with great contributions from key figures within the football world as well as journalists. 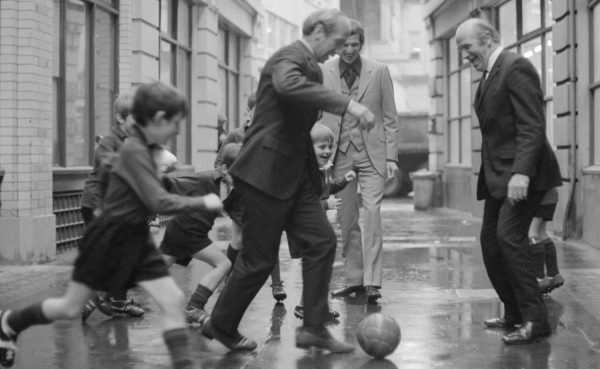 The tapestry combining the three stories does occasionally fray a little, but there’s such warmth in the way that the legacies of these men are melded together to craft a blueprint for the way football is today. There’s added resonance too in an era when the roar of the crowd is absent from matchday. “If there’s no people there to watch, it becomes nothing” says Stein of the importance of supporters. They might not be there on the terraces but, when they see The Three Kings, they’ll be chanting and waving scarves in their living rooms.