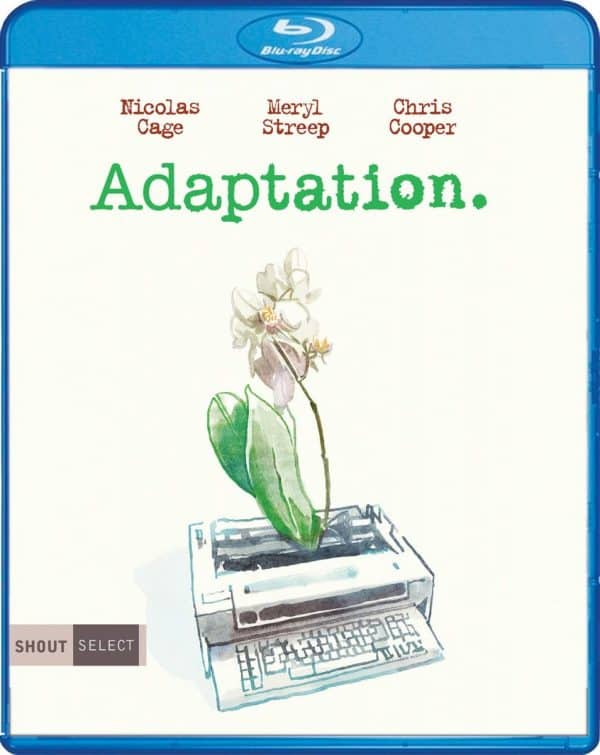 Shout! Factory adds a Blu-ray of Charlie Kaufman and Spike Jonze’s brilliant Adaptation to its Select line. While there’s nothing new here in terms of the transfer and the bonus features, it’s still a worthwhile upgrade for owners of the old DVD, and I highly recommend it for anyone who’s looking for a great movie to grab as a blind buy. You won’t be disappointed. 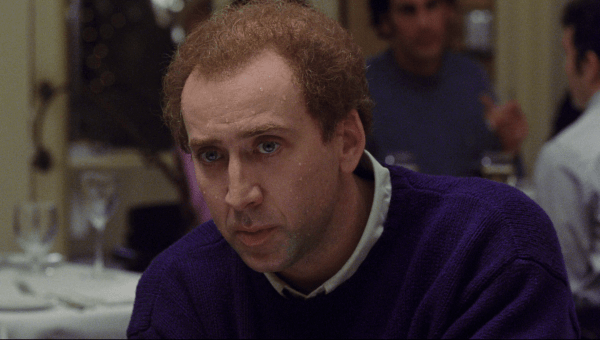 I used to hang around an online screenwriting forum where a furious debate broke out over Adaptation: in one corner were the folks who admired what screenwriter Charlie Kaufman did in trying to adapt a book that was considered un-adaptable, and in the other corner were people who felt that if Kaufman couldn’t do his job and actually adapt the book, then he should have given back his paycheck and let someone else take a crack at it.

I was in the former group. I hadn’t read Susan Orlean’s non-fiction book The Orchid Thief (and still haven’t), but I didn’t feel I needed to, since Kaufman’s screenplay stands on its own as a unique work. It functions as both a commentary on the book (which is in turn a commentary on the creative struggle) and as a standalone narrative that can be enjoyed without knowing the book even exists. And, yes, I won’t mimic what Kaufman did and pretend that a faux struggle to write a review is the review. You’re welcome.

So what did Kaufman do to get so many wannabe scriptwriters worked up? He was supposed to write an adaption of The Orchid Thief, which was notorious around Hollywood as an excellent book deemed nearly impossible to turn into a film. Instead, Kaufman decided to write a movie about his struggles to write the script, with Nicolas Cage playing both Charlie Kaufman and his fictional twin brother Donald, who shared in the screenplay credit (yes, even though he doesn’t exist). 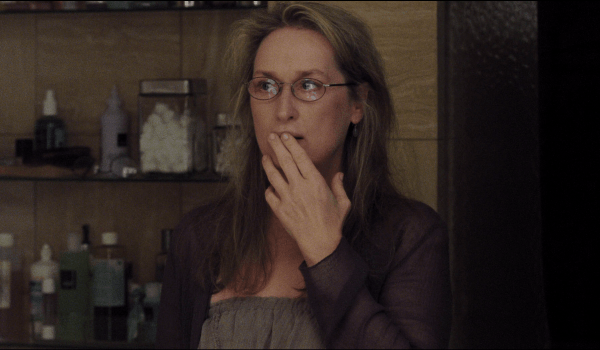 Charlie is a screenwriter who eschews formulaic scripts and is thus struggling with writer’s block over how to adapt The Orchid Thief. Ne’er-do-well Donald, however, decides he wants to be a screenwriter like his brother and dives headfirst into writing his own script, in which he follows the rules laid out by screenplay guru Robert McKee after Donald attends one of his seminars. Over the course of the movie, Donald achieves success with seemingly very little effort, which is a constant source of irritation for Charlie.

Charlie and Donald travel to New York City, where Charlie wants to interview Susan Orlean (Meryl Streep), but he has his more socially confident brother do it. Donald is suspicious of Susan’s answers to his questions and the two of them trail the writer to Florida, where they discover that she’s romantically entangled with John Laroche (Chris Cooper), the orchid thief she wrote about in her book.

Susan and John have deeper secrets they don’t want the world to know about, and the situation quickly spirals out of hand after Charlie is caught spying on them. The conclusion is both satisfying and an amusing commentary on everything Charlie lamented at the beginning of the film. It’s a story that rewards repeat viewings because you can see how Kaufman cleverly wrote a script that’s about itself, from the moment he typed “FADE IN” to when he wrote “FADE OUT.” If that’s confusing, then all I can say is watch the movie and prepare to be amazed. 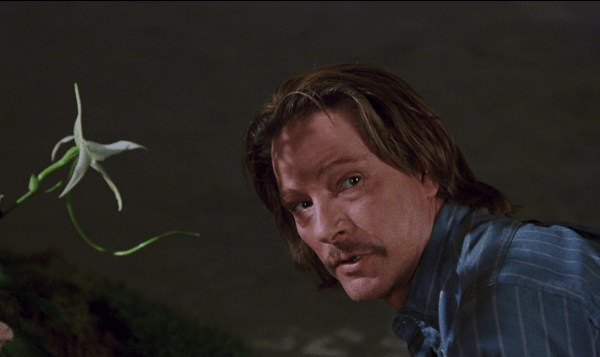 Chris Cooper won an Oscar for his portrayal of John Laroche, but Meryl Streep and Nicolas Cage were nominated too, as was Kaufman. Streep and Cooper are solid in pretty much everything they do (I remember hearing Marc Maron talk on his WTF podcast once about how he watched Streep eat a piece of buttered bread in a hotel restaurant and even that was an amazing performance). Cage seems to have descended into a caricature of his former self, but he’s had some excellent moments during his career, and this was one of them.

Unfortunately, this Blu-ray looks like it’s mostly the same one previously issued by Image Entertainment, so if you have that disc, there’s no point in double-dipping. If you’re looking to upgrade from your old Adaption DVD, however, this is a worthwhile purchase, since the image and sound quality are the same solid high-def presentation that was on the previous Blu-ray, which is out of print. And if you haven’t seen the movie but this review has intrigued you, I say go ahead and make a blind purchase – you won’t be disappointed.

The same bonus features, which you’ll miss if you blink, were ported over from the previous Blu-ray and DVD releases (neither one had all of the extras that are on this disc). They consist of what I’d call a micro-featurette, which is two minutes of behind-the-scenes footage, along with an image gallery and the theatrical trailer. The micro-featurette is a fun, albeit brief, watch as the production prepared to shoot in a swamp that they hoped was free of alligators. You also get a glimpse of Cage slipping into character. 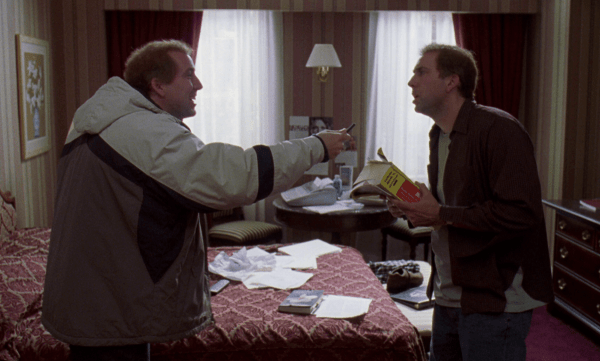 I’ll close by noting that Kaufman and Jonze don’t talk a lot about their work, so it’s not a surprise that Shout! Factory wasn’t able to put together some new extras for this one. The fact that they could add Adaptation to their Shout! Select line and make it available again for a new generation to discover is enough for me.