Michelle Herbert reviews Coming Up for Air by Sarah Leipciger… 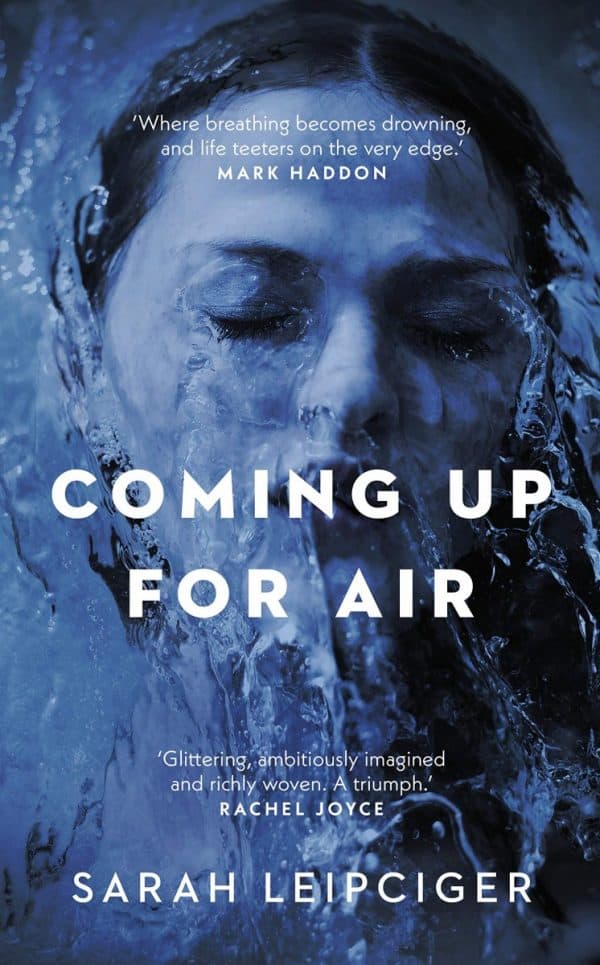 Coming Up for Air has three different storylines running through it. Each follows a distinct character and takes place across unconnected times and countries. The first of the three stories begins with L’Inconnue in Paris in 1899, the second follows Pieter and starts in 1921 as he spends his summer with his grandparents, and the third is about Anouk who has Cystic Fibrosis. Anouk’s story starts in 2017 as she is about to turn 40, but her story flips between 1987 and her present.

The book not only focuses on these different characters but also differs in how they tell their stories. L’Inconnue is telling the story of her life and her death and how she became known as L’Inconnue. Pieter is telling his story to his son. Anouk is remembering her childhood, and how her parents dealt with her Cystic Fibrosis. Each of these stories is tinged with death and sadness.

L’Inconnue’s life is full of tragedy and yet she tries to remain upbeat and not let things get her down. Each opportunity she accepts also leads to disappointment as she lives in an unrelenting world where she has no power or status. Pieter struggles with his story as he recounts times where he wasn’t always a good person, and although he doesn’t dream of redemption, his actions may allow it. Whereas Anouk’s story is split between her fight to be able to swim and live the life she wants. Nora, Anouk’s mother finds that she has to escape the life she is living, to be able to breathe.

All three stories are focused on water and what it means to these characters. Leipciger allows the water to become both a freeing presence, as well as one full of dangers. The themes of the book are engaging, and you do find yourself caring as it flips between each character. L’Inconnue, Pieter and Anouk feel real as they reach across time, to tell stories of families and beginnings. Each story is well told and gripping, and even if this is a fictionalised story about the unknown woman, it feels like it gives a voice to the voiceless.