HBO Max has announced that it has granted a series order to DMZ, an adaptation of the DC / Vertigo comic book series of the same name from writer and showrunner Roberto Patino (Sons of Anarchy, Westworld) and director and executive producer Ava DuVernay (Selma, When They See Us).

The cast of the series will be led by Rosario Dawson (Zombieland: Double Tap), who will star alongside Benjamin Bratt (Law & Order), Hoon Lee (Banshee), Freddy Miyares (When They See Us) and Jordan Preston Carter (The Haves and the Have Nots). Filming will get underway in 2021.

“I couldn’t be more thrilled to bring this epic to the screen with my boundary-pushing partners at WBTV and HBO Max, a sublime cast led by Rosario and Benjamin, and my partner and friend, the inimitable and ever-inspiring Ava DuVernay,” said Roberto Patino. “DMZ offers up an explosive playground which, more than anything else, exalts the resilience of community and the human spirit. I can’t wait to welcome the die-hard fans of the comic books and new viewers alike to this intoxicating, haunting and inspiring world.” “DMZ’s unflinching story of a country torn apart resonates eerily and profoundly amid our current state of the union,” added Sarah Aubrey, head of original content, HBO Max. “With the powerhouse visionary team of Ava and Roberto at the helm, bringing this critically acclaimed DC gem to life promises to entertain and inspire hope.”

In the near future, America is embroiled in a bitter civil war, leaving Manhattan a demilitarized zone (DMZ), destroyed and isolated from the rest of the world. Leaping off the pages of the popular comic, “DMZ” chronicles the harrowing journey of fearless and fierce medic Alma Ortega (series star Rosario Dawson), who sets out on a harrowing journey to find the son she lost in the evacuation of New York City at the onset of the conflict. 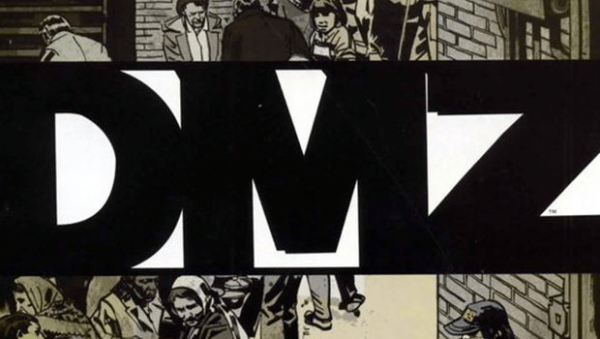