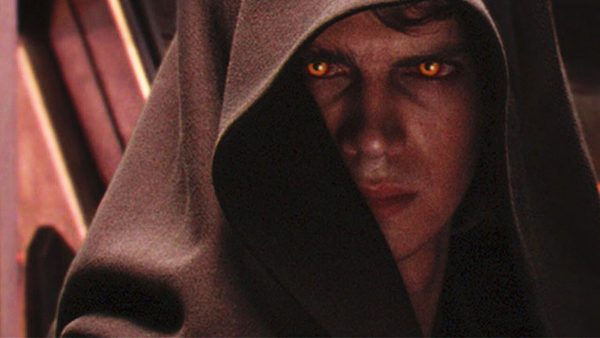 Cinema at its best delights and enthrals. For that to work, we need engaging characters we can get behind. There’s a problem though. Sometimes for an array of reasons, some characters just end up being incredibly annoying. It can be the cherry on the cake of annoyingness in a dreadful film, or it can be a character whose mere presence can threaten to derail an otherwise solid movie. Sometimes it’s the writing, the direction or the performance, or a combination of all those elements when a performance/character just doesn’t work, and more so, becomes irksome

Lets have a look at some of these duff creations (and I could do a top 1000, but I’d break the website, so I’ll limit it to ten). 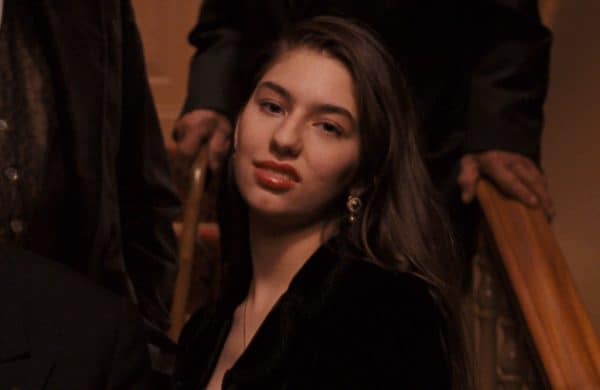 Nepotism at its finest. Sofia Coppola is a superb director, but prior to that, she was given a key role in the third part of a trilogy that began with two cinematic greats. It would be unfair to lay the blame for Godfather III’s lacklustre performance and reception. Apart from anything else, it wasn’t as tightly written or directed as the first two iconic classics. Sofia though, try as she might in the film, becomes increasingly irksome. If the film did one thing though, it might have suggested to her that a cinematic passion was best channelled into her father’s vocation rather than cousin Nicolas. Mario Puzo’s The Godfather, Coda: The Death of Michael Corleone will be interesting to see, that’s for sure. 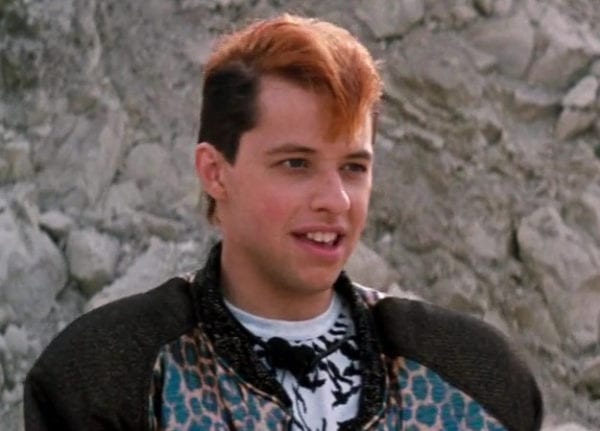 A film that was generally pretty dire may potentially have delivered one of cinemas most annoying characters ever, had the original Nuclear Man (played by Clive Mantle) made the final cut. There are sequences on some of the DVD editions from the cutting room floor and he’s dreadful. Still, the final film wasn’t without its selection of annoying characters, including the final Nuclear Man, but more teeth grindingly frustrating was the presence of Lenny Luthor (Jon Cryer). Quite why we needed Lex Luthor’s dopey nephew is still a mystery, but the character and the performance was like nails on a chalk board. 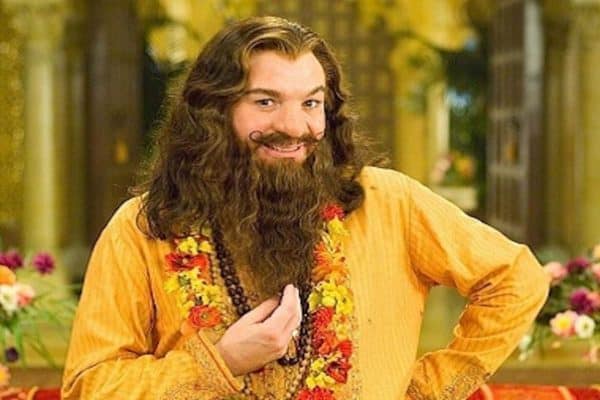 In a film that was excruciating to sit through, the creme de le creme of wall punching annoyance came from the central character played by Mike Myers. Now I’m not adverse to Myers. Some found him unbearable as Austin Powers (I love it). I thought he was the most misjudged and annoying part of Inglorious Basterds, but hell, he’s Wayne and Wayne’s World is the mutts bits. Pitka was an outdated, and horribly misjudged stereotype, but more so was the sheer lengths and over indulgent hamming that Myers went to, to eek any kind of laughs from such puerile guff.

Anakin Skywalker, The Phantom Menace/Attack of The Clones/Revenge of The Sith 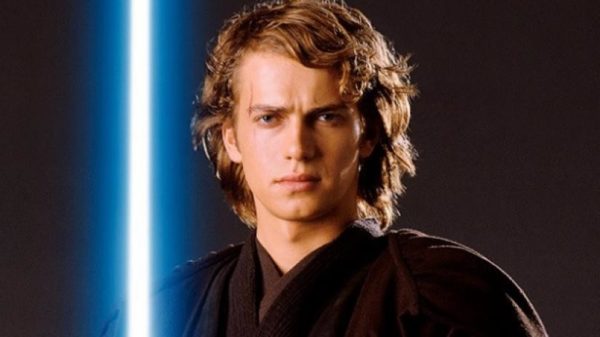 Look… Jar Jar Binks… I know. But let’s leave him alone. Ahmed Best had a rough ride, through no fault other than following George Lucas’ script and direction to the letter. It’s just about one of the most ill conceived characters ever, BUT…there have been worse in Star Wars lore (most of which appear in the prequels). General Grievous was as bad, if not worse than Jar Jar too. What was supposed to be a standout villain was absolutely ludicrous, and the bad Arnie impression didn’t help either. However… Anakin takes first prize. He’s a whiny little bitch for one. For another, his dialogue is almost persistently grating, and his performance like that of a mopey, entitled teen. Now I’ve nothing against Hayden Christensen. The guy’s a good actor in the right role (see Shattered Glass) but he’s pretty bad throughout, and I think in no small part down to how he was instructed to play the role. The prequels remain an unfortunate symptom of misguided ego and lost creativity for Lucas. A director over 20 years out of practice. The less said about Jake Lloyd, the better. It’s 2020, we shouldn’t start ragging on a six year old… even if Jake Lloyd must be about 30 by now. 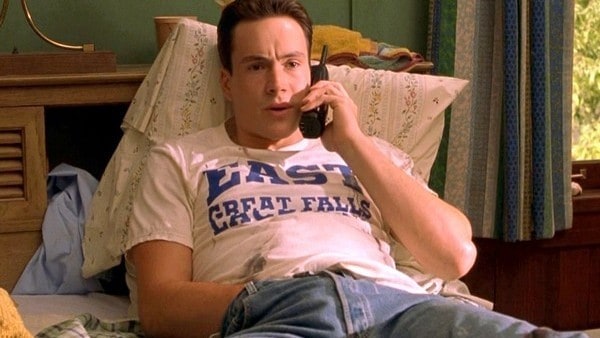 If you think of American Pie, you’d be forgiven for thinking Stifler might have been the most annoying. At the same time, that’s his characters purpose and simultaneously, he gets a lot of the choicest lines and moments in the films. You might also think of the almost enragingly dull Kevin, who is so vanilla it’s annoying. There is worse though, and that is the dull as dishwater character of Oz, the soft hearted jock, who in any other high school set horny teen film should be either a bastard, or the cool one, is kind of irksomely lame. He’s a void of character and charisma with an annoyingly soft spoken demeanour. Whilst it may have attempted to portray the high school jock persona as having hidden depths, it didn’t work. Chris Klein found it difficult to shake of that bland, soulful meathead persona in movies too. Though did fare better, and more effectively in TV. 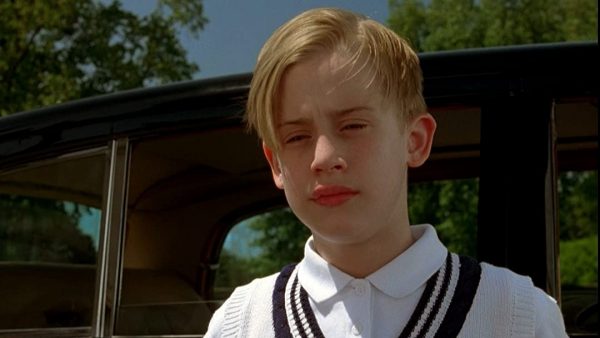 Macaulay Culkin was so big after Home Alone, and adolescence was slipping away with time. In a short burst he made a number of films that never quite lived up to the charm of Home Alone. You might think of him as ingratiating in that festive classic (although I think of Kevin as a lunatic in the making). Richie Rich saw Culkin play an entitled Rich kid, with no friends hoping to buy popularity, and then having to rescue his parents from nefarious criminals. The film tanked and nothing quite worked, in no small part because Culkin’s big screen presence, built of cherubic looks and impish charm, was approaching teen years, where everything then inherently feels a bit more obnoxious. Additionally, it lacked the creativity and charm of Home Alone, but Culkin’s Rich was really annoying, particularly as they tried too hard to dial back the ‘little shit’ elements that made Kevin so popular in Home Alone. 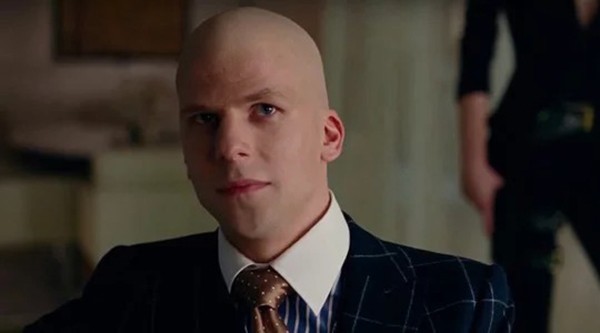 A lot didn’t really go to plan for Zack Snyder’s incarnations of Batman and Superman. One of the biggest misfires, and pieces of casting, was Jesse Eisenberg as Lex Luthor. He’s just…well…annoying. That’s an understatement. There were other contenders, including Cyborg and the Flash in Justice League, both badly cobbled together as amalgamations of more effectively adapted Marvel characters. Like those, Eisenberg was never helped by forced comedy either, which always felt out of place in Snyder’s DC world (and certainly most jarring with Whedon’s JL recut).

Will, The Pirates of The Caribbean franchise. 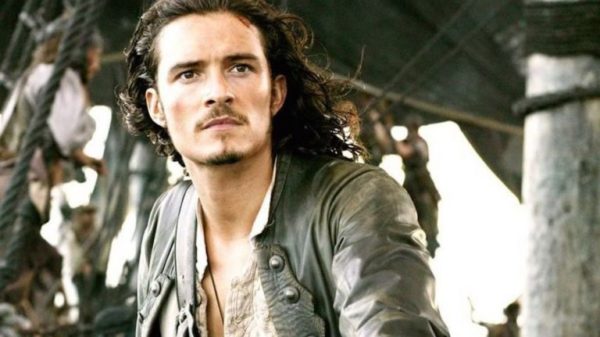 You know when a hero is just so bland, and completely overshadowed by his support cast and villains that his mere presence then begins to grate? Yes, me too. So well exemplified by Will in the Pirates franchise. The whole saga became Johnny Depp’s golden ticket. Bloom meanwhile, was kind of there, and every moment he sighed his way on screen (or was that the audience sighing), he took the energy out the room. Ultimately, the franchise moved away from his story, and a certain lack of demand in him ever returning (and no real excitement when he did) also said a lot about the lack of impact his character, who should have been the fulcrum of everything, ultimately had. Every romantic escapade with Keira, or moment of familial drama, lacked impact because his character was almost aggressively, annoyingly dull. Ultimately, Bloom has had better things come his way since, more fitting of his talents and charisma.

Myron, Jingle All The Way 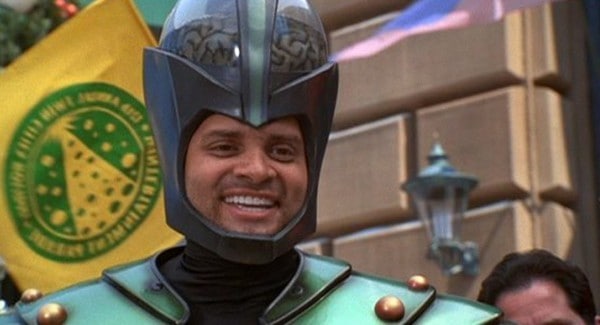 A box office dud and a film that cemented Arnold’s demise in family entertainment, Jingle All The Way has been somewhat reappraised as a cult festive film, largely down to how horribly consumerist it is, and how dreadful almost everyone is in the film. It aims high for sentiment, achieving almost none, with an overriding and grim cynicism (whether entirely intentional or not) that makes it a slice of festive fried gold now (particularly for enjoying Phil Hartman’s brilliant turn as a slimy neighbour). That being said, a big point of contention still remains, and his name is Sinbad. This was kind of a launching pad for him in the movies. His role, apart from anything else is a kind of sigh inducing stereotype that felt slightly uncomfortable in 1996. At the same time his desperate clawing for as many laughs as possible, and dialled up performance never quite works. He doesn’t get any of the standout lines, and ends up being increasingly annoying. Still, it’s a good thing he had Shazam come his way around the same time…wait…or did he??? 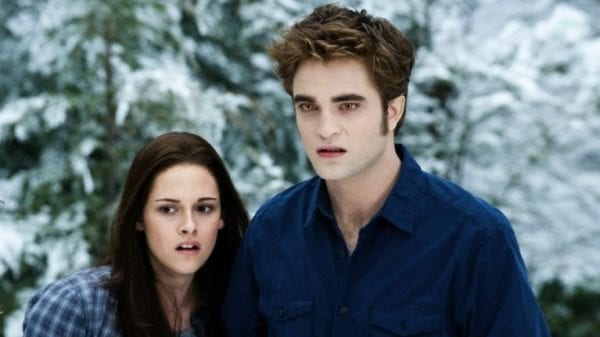 Okay. I originally said 10 characters, and this last entry which combines maybe hundreds across the five movies will take us way over, which is probably quite annoying, but we’ve already been punching holes in our walls just thinking about all the aforementioned (haven’t we?). So Twilight gave us a particularly annoying quartet played by Kristen Stewart (who found her character just as irksome as many of us did), Robert Pattinson (who found his character just as irksome as many of us did), Taylor Lautner (who…actually, he’s never seemingly been irked by it) and Kellan Lutz (who could easily have qualified for this list for several other films too). So many po-faced expressions, so many sparkles and so many bland lines delivered with all the enthusiasm of Donald Trump filling out a tax return. However, if we’re to settle on one, to keep to the original ten (spoilsports) then Bella takes the honours.

Played by me. Mercifully it’s only a short, and I’m kind of supposed to be annoying but I want to punch myself in the face for not hiring an actor and doing it myself. Bob should be sealed in concrete and dumped in the North Sea, perhaps for the sequel. Though everyone else is on point, the soundtrack is 80’s-tastic and my pink, huge lapelled shirt is also great. Featuring on the upcoming 80’s anthology Awesomely Righteous and Radical.