Ahead of its premiere next month, Entertainment Weekly have debuted a batch of new images from Marvel Studios’ Disney+ series WandaVision, which showcase its sitcom homage-style as well as offering new looks at Wanda Maximoff/Scarlet Witch (Elizabeth Olsen) and Vision (Paul Bettany), along with the mysterious ‘nosy neighbour’ Agnes (Kathryn Hahn). 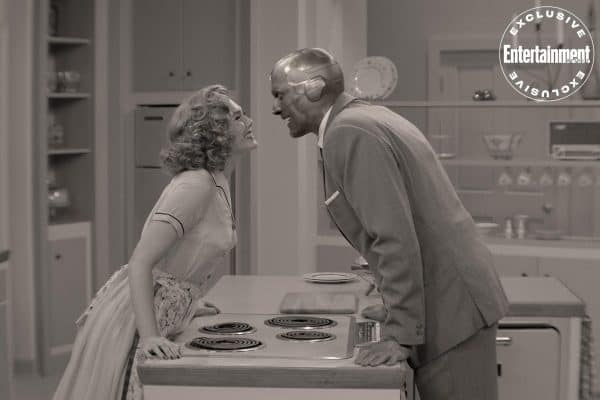 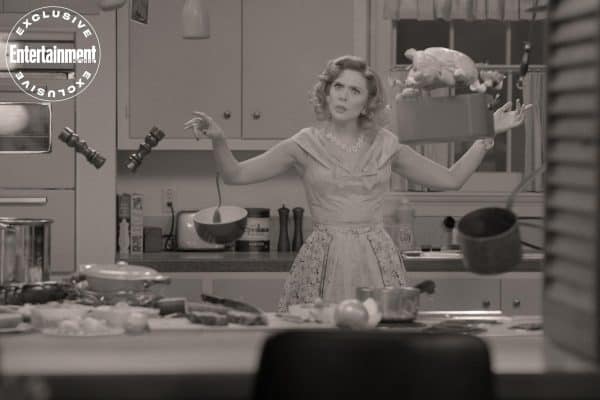 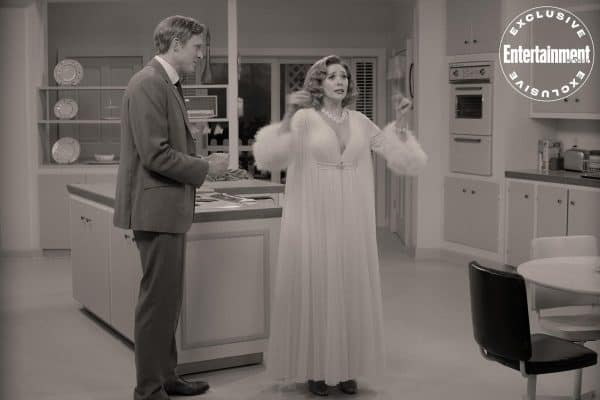 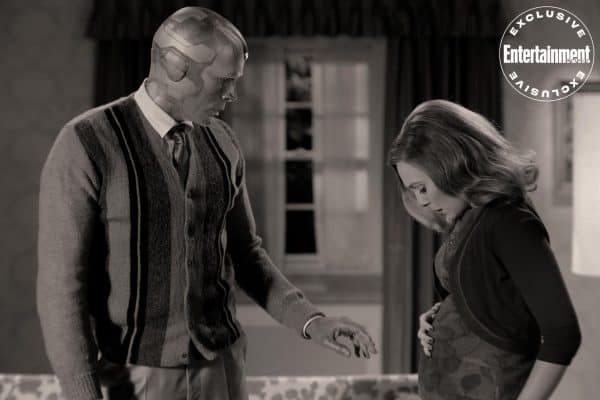 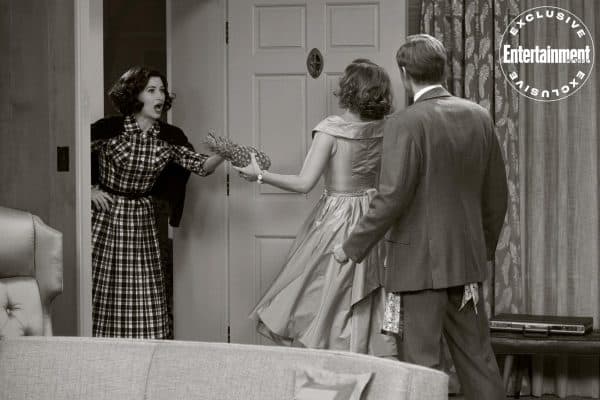 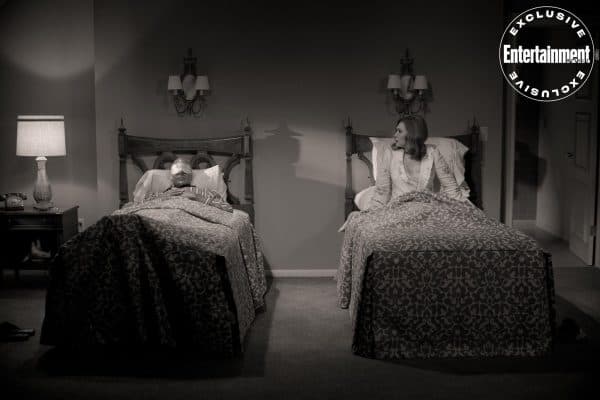 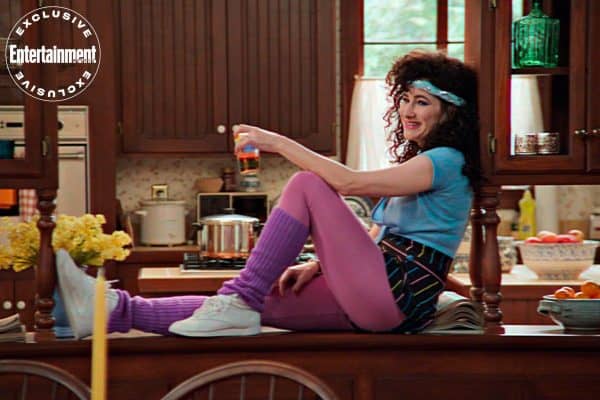 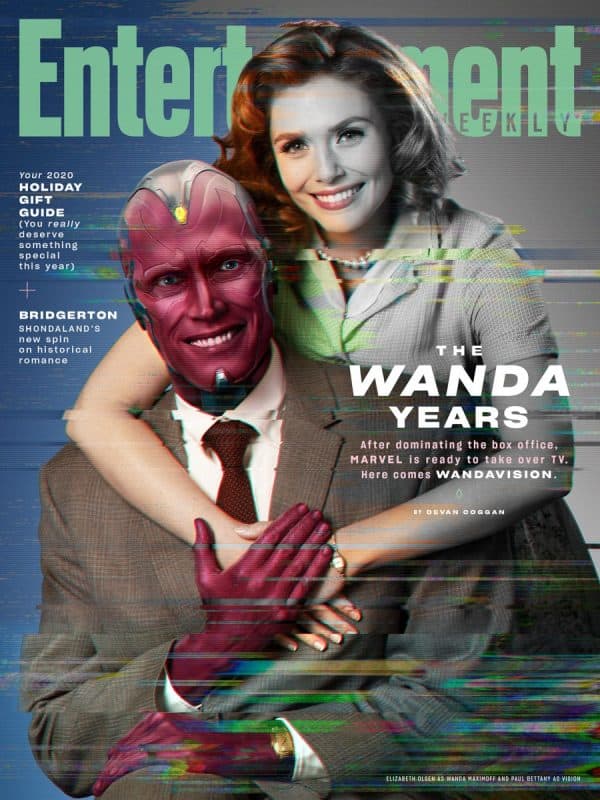 Meanwhile, speaking to EW as part of its cover story, WandaVision head writer Jac Schaeffer has offered some insight into their approach to the Disney+ TV series – Marvel Studios’ first, given the delay to The Falcon and the Winter Soldier:

“WandaVision is a love letter to the golden age of television,” said Jac Schaeffer. “We’re paying tribute and honoring all of these incredible shows and people who came before us, [but] we’re also trying to blaze new territory.”