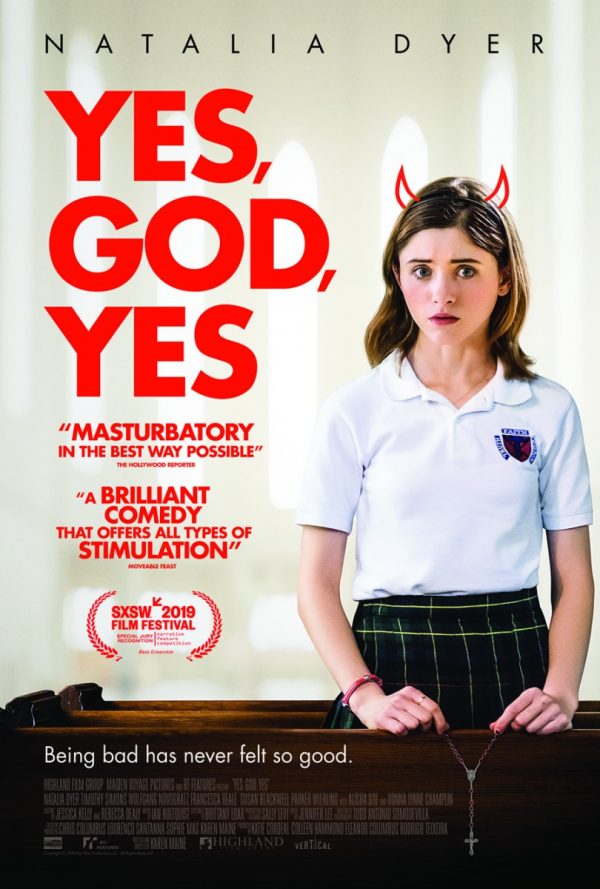 A Catholic schoolgirl discovers her own sexual identity and the twisted morals of others at a weekend retreat. 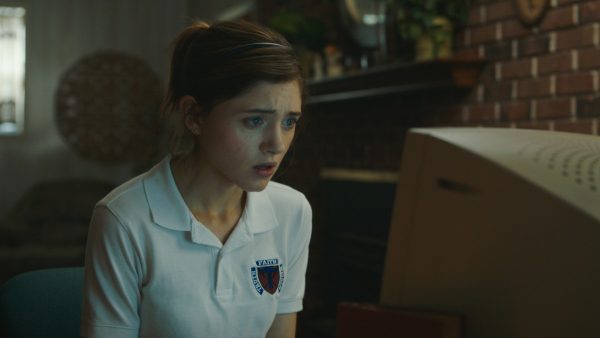 Stranger Things star Natalia Dyer plays teenage Alice, who is looking ahead to college as she nears the end of high school. It’s a fundamentalist establishment where pupils are told that “your body is a gift from God” and that any sort of sex out of wedlock, either with others or yourself, will lead to “damnation for all eternity”. Vicious sexual rumours about Alice and a fellow student occur at a time when she is exploring her sexuality in private through masturbation, and by rewinding the sex scene from Titanic with her friend Laura (Francesca Reale). She decides to apply to be a part of a retreat run by Father Murphy (Timothy Simons) from the school, which isolates her with a group of other students. 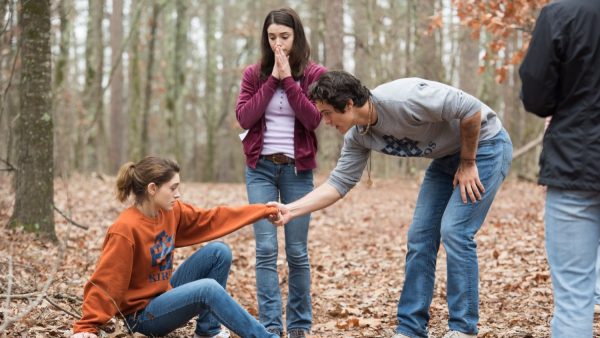 The retreat is an odd experience that pushes Alice further and further away from the moral restrictions she has always taken so much to heart, especially as she gradually learns the hypocrisies that even the most perfect, apparently aspirational Catholics in her life are nursing. This is a movie about the ways in which adherence to harsh religious doctrines merely pushes people’s personal explorations into the shadows. Maine’s script smartly pricks at the inherent problems with religious establishments, most notably in a beautifully written bar scene involving Dyer and publican Gina (Susan Blackwell).

More simply, though, Yes, God, Yes is simply very funny. It opens with a quote from the book of Revelations that segues into an on-screen definition of “salad tossing” – a delightfully filthy running gag throughout the movie. The early noughties cultural references – Blink-182’s ‘Enema of the State’ album, a game of Snake on a very ugly mobile phone – are delivered with a nod and a wink, while the inherent awkwardness of an AOL chat with a stranger makes for a scene of exquisitely cringe-worthy cybersex. 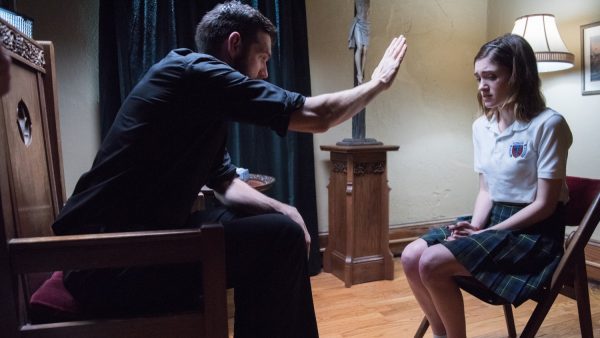 Dyer is terrific as Alice, marrying the innocence of sheltered adolescence with the earnest desire to explore the world outside of the arbitrary restrictions imposed by those around her. The way in which she is aroused by the slightest thing – the way her phone vibrates against her leg, the arm hair of smiling jock Chris (Wolfgang Novogratz) – is conveyed by Dyer with exactly the right combination of absolute seriousness and wink-nudge comedy. The supporting players also deserve credit for their commitment to the cult-like pep of the ultra-earnest teens helping to run the retreat.

Ultimately, Yes, God, Yes is a little slight at less than 80 minutes and could have done with a deeper psychological dive into the impacts of such a strict upbringing. However, Maine delivers a short, sharp burst of expertly crafted cringe comedy infused with a well-observed and eloquent critique of religion-centric education. It’s an excellent calling card for whatever she chooses to do next.