Calum Petrie reviews Hellboy and The B.P.R.D – Her Fatal Hour & The Sending… 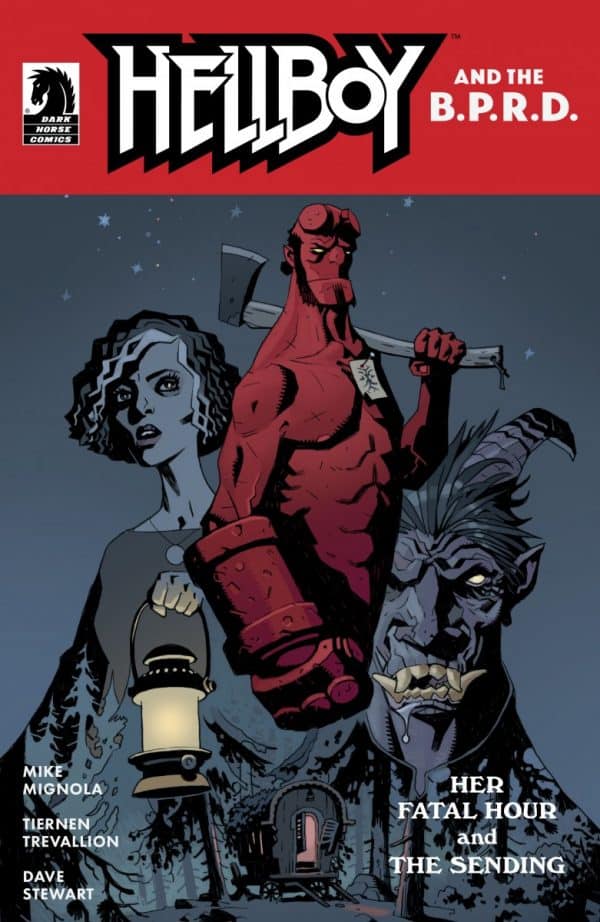 This wonderfully crafted double issue is a short but densely compacted lesson in powerful storytelling. Mike Mignola and Tiernen Trevallion have built an entire universe of the dark, twisted and the macabre, and have made it utterly compelling to explore. The stories within the Hellboy universe are an utter pleasure to delve into, and the issue does not have to be Tolkien in length to put forward an extremely compelling story.

Her Fatal Hour is the opening act in this double bill, a fascinating tale taking place in 1979 in which an animated doll pulls Big Red across continents in his sleep. The dark magics and nightmarish creatures in this story reverberated horror undertones, while playing right out the tales of a Grimm Brothers story.

The Hellboy version of a damsel in distress has Hellboy and his big naked body in a fetching dressing gown eventually, attempting to break a curse. Nadya, a woman who has tried desperately to outrun her cursed past, has reached out to plead with Hellboy. In literally her most desperate hour,  she tells her tragic tale of romance, deceit and paternal love before her past catches up with her.

This tale I was totally in love with, and the setting and characters backgrounds created an incredible amount of depth to this single story. It built a lot of backstory in a densely packed tale, while giving it a satisfying conclusion. Stories such as this one lend to the character of Hellboy as well, where his ability to listen to the pleas of ordinary people without question lend him compassion and more humanity that you tend not to find in other comics.

The Sending is our closing act within this issue, moving forward to 1991 to “somewhere in England”. We join the adventure mid-investigation where a ransacked manor house of a recently deceased is the scene of the crime. Red and Harry are on scene, which automatically implies means there is something paranormal behind the scenes. 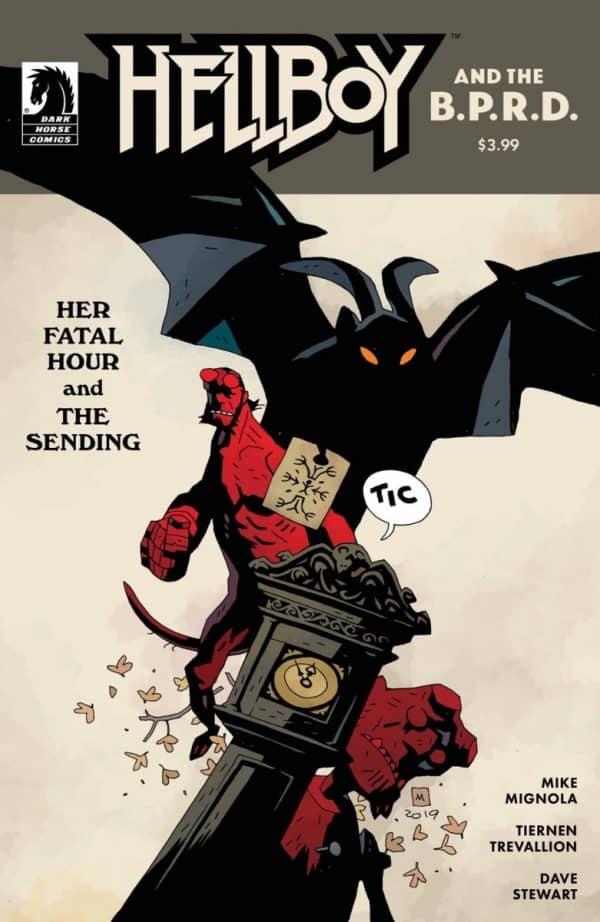 Less of a Scooby Doo caper where the real culprit is revealed at the end, we are thrust into a point in the investigation where you know as much as our duo. The ransacked house, and then everything discovered from this is learned the same time as our investigators.

Within the sending we have a display where Hellboy himself does not have the solution to the situation, he is merely the muscle in this  story. It is refreshing when our protagonists do not know everything, and they are not always the ones who put together all the clues. Instead we find that his powerful body is his main weapon against the creature of darkness he faces.

This eight-page tale is not as densely packed as the Her Fatal Hour, but it is a charming story in its own right with more characters to bounce off and a satisfying story to keep readers gripped.

The artwork within both of these stories is ridiculously beautiful. The setting in the first story is dark and creepy while creating an enormous amounts of atmosphere and believability. The latter story set within the manor home is a much more light-hearted affair and a more vibrant setting. It is actually a testament to the artists’ ability that you can make a brighter setting while still using shades of brown to highlight an old English manor.

The two stories contrast each other in a beautiful way, while expanding the back catalogue of Hellboy’s volumes. The tales in this issue may not be the adventures of The Fellowship of the Ring, but they are worthy stories in their own right and a pleasure to read.