Ricky Church reviews the second episode of The Expanse season 5…

A strong argument can be made that the fifth season premiere of The Expanse isn’t just ‘Exodus’, but really a three-parter with Amazon Prime having dropped the first three episodes together. ‘Churn’ continues the themes and stories from the premiere in an effective manner and catches us up with some of the series’ other main and supporting players. The balance of the character driven story and the tense intrigue is well handled and takes the characters into more interesting places. 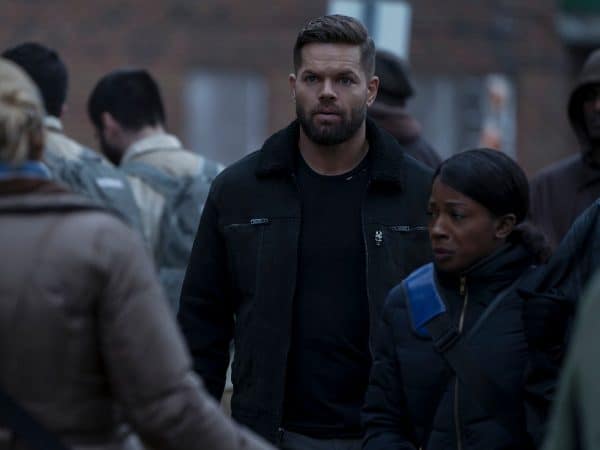 Much of ‘Churn’ centred around Amos and his mysterious past which is fleshed out just enough for audiences to understand why he never talks about it. From being used in a sex ring to taking the name of a murdered criminal, it explains a lot of why Amos is the why is, but none more so than his relationship with his mother. It is clear that while this was a loving relationship, it was far from a typical one for a mother and son to share as she didn’t sugarcoat the reality of their lives and acknowledged her faults as a caregiver and protector. It fleshed out Amos’ personality more while showing the two sides of him often in conflict with each other as he was seemingly ready to lash out at his mother’s partner before suddenly showing compassion to the old man. All Amos has really cared about is sticking to his own personal code and looking out for the people he feels a kinship to which was on perfect display here in the writing and Wes Chatham’s performance.

Aside from Amos’ narrative, the episode really built up the plot of the season as Bobbie recruited Alex into her secret investigation and Holden tried to discover more about the new threat to the protomolecule. Bobbie and Alex again made a nice pairing in their scenes as they both used their military backgrounds to form theories regarding Mars selling Belters highly advanced weaponry through the black market. It not only allowed us to learn a bit more about Alex’s own past, but also introduced a couple interesting new characters with the Martian admiral and his aide, played by Tim DeKay and Hannibal‘s Lara Jean Chorostecki, who seem primed to be secondary antagonists this season. 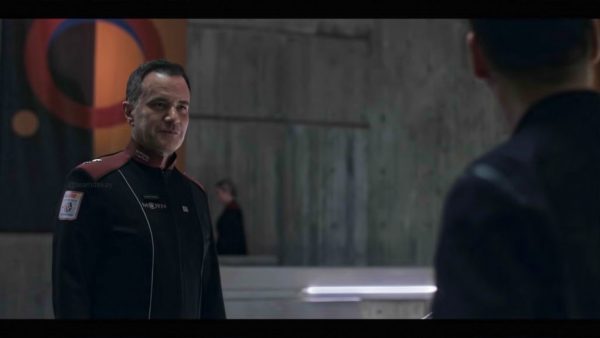 It connected to Avasarala’s own investigation as she used whatever resource she could to confirm her suspicions regarding an impending attack from Belter terrorist Marco Inaros. Shohreh Aghdashloo continues to be one of the series’ brightest spots displaying Avasarala’s wit, charm and stubborn attitude as she refused to be placed on the sidelines and discover the extent of the system’s latest conspiracy. It’s strange seeing her in such a position of weakness as her opinions and theories are tossed to the side so easily, but her resilience is one of the most memorable aspects of her character. Michael Irby’s Admiral Delgado serves as a nice foil for her being one of the few allies she has left, but shows his own caution well in how to investigate their theory without rattling too many cages. Avasarala’s underdog status serves to heighten the building tension on the literal ticking clock.

As for Holden, it was mentioned in the last review how he and his crew have been virtually inseparable until now, leaving him all alone on Tycho. This gives Holden, and his actor Steven Strait, a bigger opportunity to interact with more people than normal. ‘Churn’ saw him teamed up with Chad Coleman’s Fred Johnson as well as José Zúñiga’s chief of security Bull, a character from the book series who finally has made his way into the TV series. All three had good chemistry as they came together to rescue reporter Monica Stuart after her sudden disappearance in the wake of her asking about Fred’s remaining piece of the protomolecule. It was a fairly tense hunt for her as Monica’s situation went from bad to worse with her life hanging in the balance. Throughout the episode, but her scenes especially, again showed off some very good visual effects as she was in zero-G or Holden and Bull had to use some sci-fi equipment to save her life.

‘Churn’ continued the premiere’s focus on its character driven nature while raising the intrigue quite a bit as Holden, Bobbie and Avasarala dealt with the new problems the system is facing. While the main catalyst has yet to go off, the build up is ramping up nicely through the personal turmoil the characters face. The visual effects and set design were again stunning and is enough to make one wonder what else the season has in store in that regard. Either way, it will be exciting to see what happens next given the great balance between the character development and dangerous political intrigue in the mix.