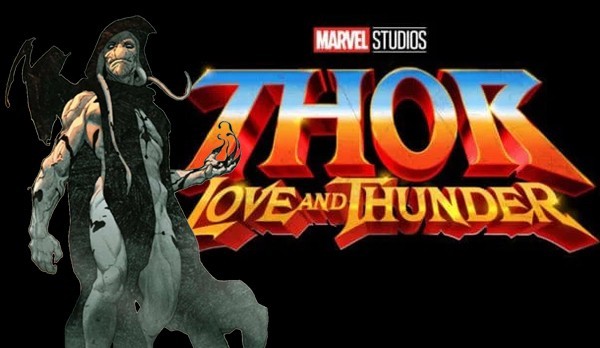 Having the words Christian Bale and Taika Waititi in the same sentence is awesome enough. But knowing that the former would be playing the big bad in the latter’s new Thor film is certainly a legit reason to be very excited. In the recent Disney Investor’s Day expo, the head honcho of the Marvel Cinematic Universe (MCU) Kevin Feige officially announced that Bale will be playing none other than Gorr the God Butcher in Taika Waititi’s Thor: Love and Thunder. The film functions not only as the eagerly anticipated follow-up to Waititi’s critically lauded Thor: Ragnarök, but also serves as the culmination of Marvel’s uber-ambitious Phase Four slate of films, which will kick off with the release of Black Widow next year. Now, without further ado let us dive right in and get to know a bit about Gorr the God Butcher in depth.

Gorr the God Butcher made his first appearance in Thor: God of Thunder #2 in November, 2012. Born on a desolate nameless planet where everyday life itself was a struggle for survival, Gorr was forced to fend for himself at a very young age with the untimely demise of his parents. But in spite of the trials and tribulations they endured due to their home world’s harsh environment, Gorr was taught to place a blind trust in the Gods; though they did not heed his pleas nor answer his prayers. A few years later he fathered some children with the love of his life Arra. Sadly, most of them perished before their time, until only his son Agar was left. Shortly after, his then pregnant wife too, was killed during an earthquake. Gorr was grief stricken by this loss, but suffered his biggest blow when Agar eventually died of starvation. His blasphemous thoughts and expressions of disbelief lead to Gorr’s eventual expulsion by his superstitious tribesmen. Having lost all will to live, Gorr ventured into the desolate desert, praying that he too will be swiftly swept away on death’s wings just like his family. However, while wandering the wilderness he witnesses the unimaginable; a pair of Gods duking it out in the heavens… until they plunged from the skies above and crash-land in the sandy dunes. 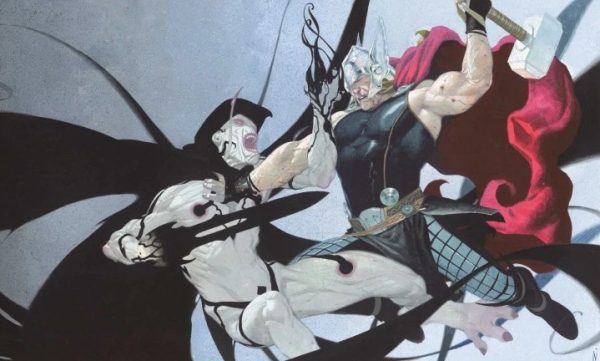 The duel in question was between a dark elder god named Knull and a golden-armored purple skinned god. For the uninitiated Knull is a primordial deity and the God of the Symbiotes. Yes, the very same race of amorphous extra-terrestrial parasites responsible for transforming news reporter Eddie Brock into Venom and serial-killer Cletus Kasady into Carnage. For those who are interested, more details of this malevolent entities’ violent origins can be found in Venom #3. Gorr is momentarily shocked by the revelation that gods do exist but never assisted those in need, like his family. Because of this he’s swept away by an overwhelming rage, which results in Knull’s All-Black the Necrosword bonding with him inexplicably. Gorr incapacitates Knull and kills the purple skinned god with the All-Black and embarks on a campaign of genocide to slaughter all the gods in the cosmos, as vengeance for not answering his prayers when his needs were most dire.

Gorr doesn’t possess any superhuman abilities to call his own, but the Necrosword functions as the conduit that grants him many incredible powers such as immortality and preternatural strength, stamina and speed. This blade which according to Galactus “carved the first dawn from the stone of endless night” was forged by Knull, the creator of the Klyntar symbiotes utilizing the divine force of a fallen Celestial. The All-Black allows its user to also conjure a formidable array of deadly weaponry and wings which enables its user to fly at extreme speeds. The weapon’s power is also used to summon his minions called the Black Berserkers, who do his dark bidding. Since Gorr’s superpowers arise from the Necrosword he always functions to ensure that it is protected at all costs. The God Butcher is also a skilled fighter with at least three thousand odd years of experience in warfare, and is therefore capable of duelling with gods in armed combat with relative ease. 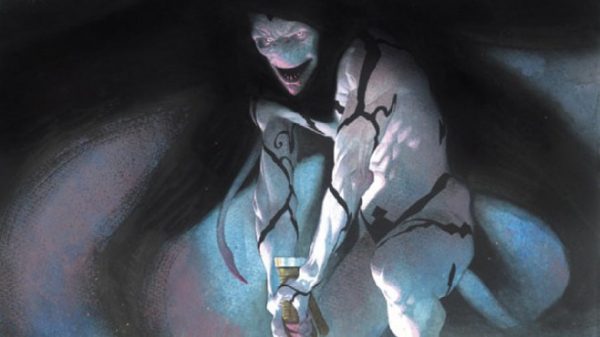 So, what are the implications of this terrifying new villain’s debut in the MCU? Well for one, Gorr’s inclusion could open the door for Sony and Disney to setup some type of shared universe where both parties would be able to access their respective IPs. As explained earlier the Necrosword Gorr wields was constructed by Knull using the first Klyntar symbiote All-Black, and these are the very same parasitic entities which enabled Tom Hardy’s Eddie Brock to metamorphose into the mercurial anti-hero Venom. With the conscious decision taken by Sony to include Michael Keaton’s Vulture in the teaser trailer for Morbius it’s safe to assume that both studios do have some plan in place to establish a shared universe down the line.

Thor: Love & Thunder will be preceded by Doctor Strange in the Multiverse of Madness, and as the title implies Disney obviously intends on taking the MCU forward exploring the cosmic craziness of the Marvel multiverse. In the Thor: God of Thunder comic-book story arc we see Gorr battling multiple Thors from different time periods, and this particular sequence of events could be brilliantly included into Thor: Love and Thunder’s narrative, with the introduction of the MCU’s version of the multiverse. Perhaps Natalie Portman’s version of the Goddess of Thunder will be a Thor from an alternative reality? Who knows, only time will tell. Regardless, this film is certainly shaping up to be one wild, bombastic ride and I’ll be first in line to see it, come May 6th, 2022. 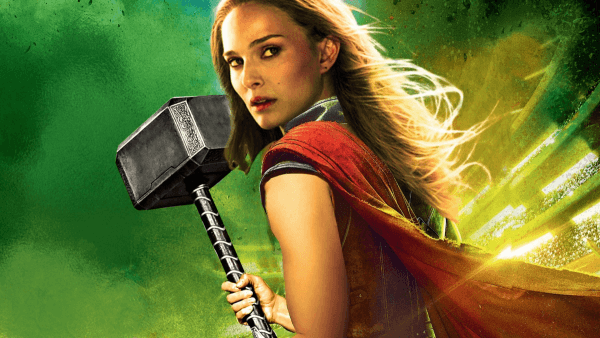